When the crown prince of Saudi Arabia, Mohammed Bin Salmansat next to the FIFA president at the opening of the World Cup in Qatar, capped a remarkable turnaround in his fortunes, even before his team beat Argentina on Tuesday.

Smiling, seated in a more prominent position than any other guest at the world sporting event, the de facto Saudi leader seemed comfortable at the international small table.

LOOK: Mohammed bin Salman has immunity in the US against the murder of journalist Jamal Kashoggi despite the belief that he ordered it

in the middle of the global fears for the energy crisis and with the superpowers focused on the ukrainian war and the tensions between the United States and China, geopolitical leadership is reaffirmed to the world’s leading oil exporter.

As Washington considered last week that it is immune from prosecution for the murder of Jamal Khashoggi in 2018 and give a public display of commitment to Saudi security by warning of a Iran threatPrince Mohammed seemed to have placated American anger.

Just a few weeks ago, the president of the United States, Joe Biden, warned of the “consequences” after accuse Prince Mohammed of bad faith in their oil talks in Julya meeting that was itself a backlash from Washington after the US president vowed to make the de facto Saudi leader a “pariah”. 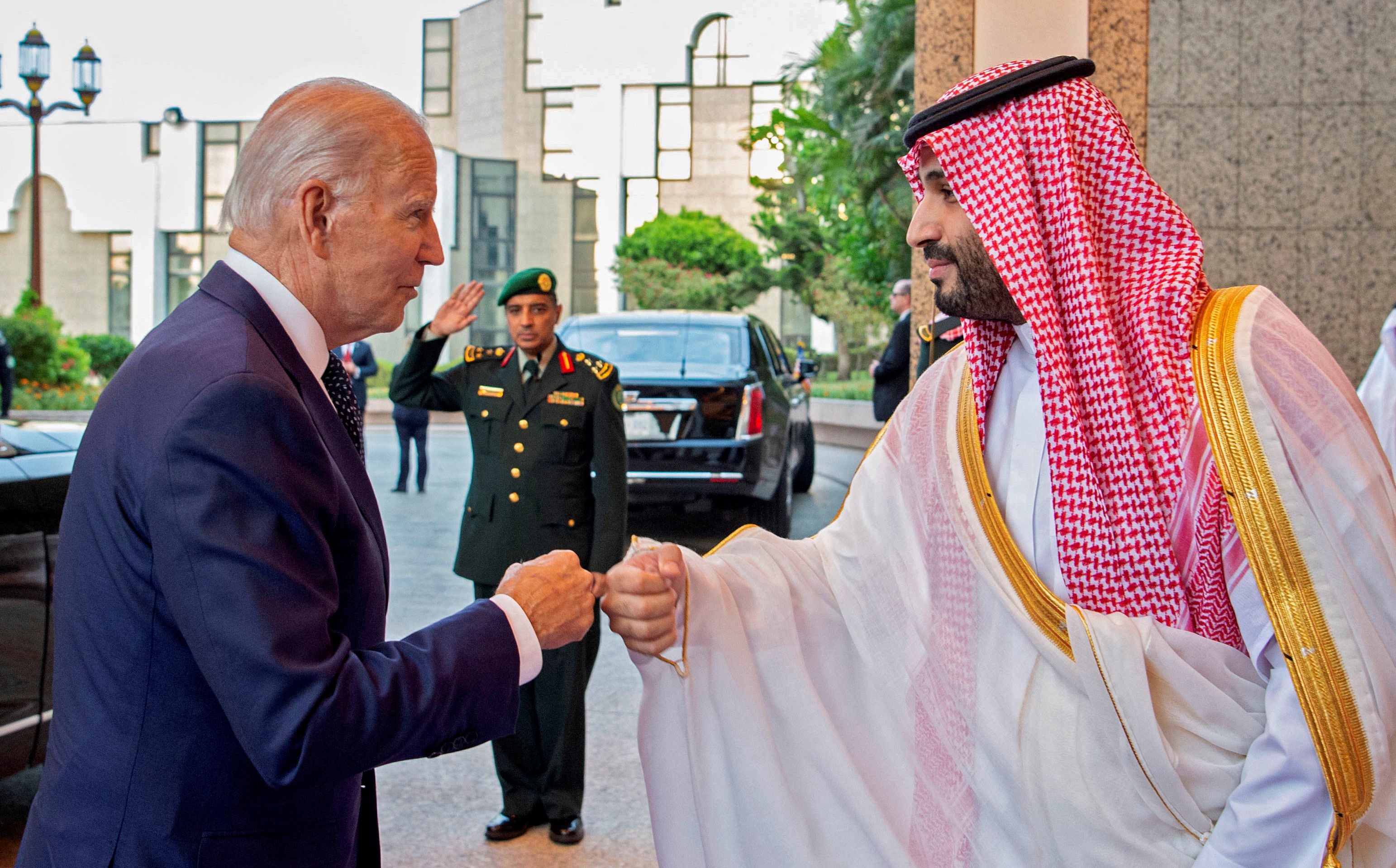 Meanwhile, this month Prince Mohammed appeared in the COP 27 climate summit in Cairo, the G-20 summit in Bali and the APEC summit in Bangkokbefore attending Qatar, a neighbor it considered invading in 2017, according to previous statements by Qatari officials.

The prince met with the French president Emmanuel Macron in Paris in July and will shortly receive the Chinese president Xi Jinping in Riyadh.

At home, in a young country where the monarch has opened cinemas, concerts and employment opportunities for young Saudis, Tuesday’s shock victory over Argentina (2-1), after which he declared a national holiday, looks set to further polish his image.

It is too soon to say that the prince has earned political rehabilitation in the West: it would be a unwelcome visitor in the United States and in most Western European countries.

US Secretary of State Antony Blinken said on Tuesday that the immunity decision was not about a review of Washington’s relationship with Riyadh.

But with the western economies desperate for energy stability As winter deepens in the northern hemisphere, the role of Saudi Arabia cannot be ignored.

Among the rulers of Riyadh, the West’s anger at Mohammed over Khashoggi’s murder is seen as a politically motivated way of putting pressure on the kingdomsaid Abdulaziz al-Sager, president of the Gulf Research Center in Jeddah. 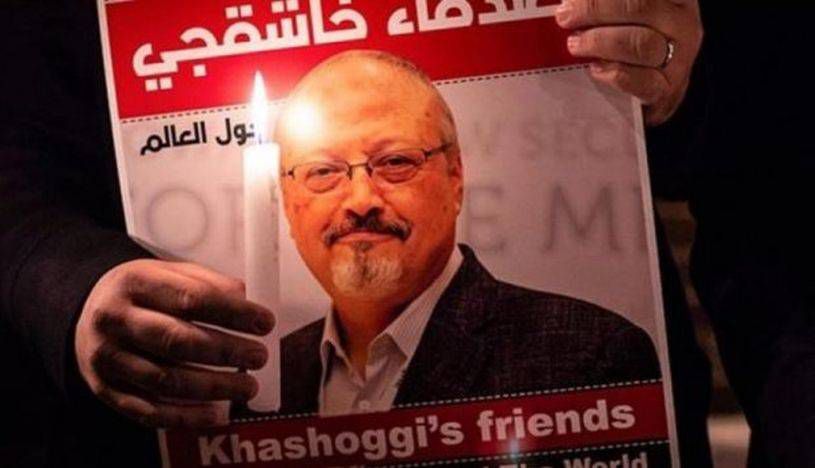 Khashoggi, a Saudi journalist and critic of the prince who resided in the United States and wrote for the Washington Postwas assassinated in the Saudi consulate in Istanbul.

US intelligence said it believed Mohammed himself had ordered the operation, but Riyadh blamed lower-level officials.

Last week’s Justice Department ruling that Mohammed is entitled to immunity as head of government following his appointment as Prime Minister, he was also seen in Riyadh as a political decisionSager noted.

“The United States tried to limit the importance and role of the kingdom regionally and internationally, but discovered, first, that this goal was unattainable and, second, that it harmed its own interests”the expert declared. “So there is a process of American withdrawal from taking negative positions towards the kingdom.”

When the United States indicated this month that it was concerned about an Iranian threat against Saudi Arabia and that I would not hesitate to defend the kingdomwas interpreted by some diplomats as a mainly American message of reassurance for Riyadh.

A senior Pentagon official, Colin Kahl, told reporters that Iran had come close to staging a 2019-like attack on Saudi oil facilities, but that US measures, including repositioning missile defense systems, could have avoided it.

“The US actions that accompanied the warning may signal a belated awakening in the US approach to Iran’s aggressive and expansionist policy in the region,” Sager said, “regardless of the credibility of the US warning.” 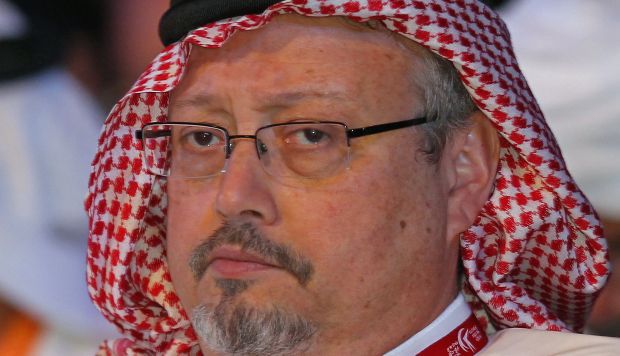 Saudi journalist Jamal Khashoggi went to his country’s consulate in Istanbul to obtain some documents to marry Hatice Cengiz, where he disappeared. (Photo: EFE)

Saudi ties with the United States and the West in general remain in jeopardy. a historically low point.

During the shale boom of the past decade, as demand for Saudi oil declined, it was easier for the United States to put some distance with an ally whose domestic politics make it uncomfortable.

His stance on the Arab Spring and the pursuit of a nuclear deal with Iran, defying Saudi fears about regional threats, led Riyadh to believe that Washington was abandoning its security umbrella in the Gulf.

When Saudi Arabia consequently took its security into its own hands with its war in Yemen, it viewed Western criticism as hypocritical.

Meanwhile, in the West, Saudi fears of Iran were often considered exaggeratedhis Yemen war was seen as a trigger-happy assault on an impoverished neighbor and Mohammed a despotic abuser after the murder of Khashoggi.

It would be strange if those opinions change a lot. But as superpower competition and energy scarcity redefine world politics, they may find it it’s convenient to put the grudges aside for now.

It is likely that Saudi Arabia still prefers to have a US security umbrella. “America’s unique comparative advantage” is the integrated security architecture it can build in the region, White House Middle East coordinator Brett McGurk mused at a recent conference in Bahrain.

“That is a demand that we hear from capital to capital,” he said.

He fbi He has not found new classified documents in the search he carried out this Wednesday in a...

Can you make a movie with a smartphone? This Wednesday, February 1, the new edition of the Galaxy...

Since the interest of the real Madrid for hiring kylian mbappevarious media outlets and journalists released various versions, some...

He fbi He has not found new classified documents...
World

Ukraine: large-scale anti-corruption operation before the summit with Europe