What is known about the mysterious death of four university students at their residence in Idaho, United States

The stabbing to death of four Idaho college students (USA) keeps the local authorities on alert, who twelve days after that crime admitted this Wednesday that the investigation will be long.

The alert call was issued at 11:58 a.m. local time on the November 13 by one of the victims’ housemates, who reported that there was an unconscious person. The autopsy carried out on the four bodies determined that they were stabbed.

“We all want to know what happened. Families and the entire community deserve to know. We keep moving forward and looking for answers so that justice is done”James Fry, the police chief of the city of Moscowin Idaho.

Officers investigate a homicide at an apartment complex south of the University of Idaho campus on Sunday, Nov. 13, 2022. (Zach Wilkinson/The Moscow-Pullman Daily News via AP)

The case summary provided by local law enforcement on its website states that all the victims were stabbed multiple timesthat some had defensive wounds and that there are no signs of sexual assault.

LOOK: Justice into their own hands: 5 cases in which parents did not wait for their children’s abusers to go to court

The four deceased had arrived at their home at dawn on November 13., between 01.45 and 02.00. Two of them, Kaylee Goncalves Y Madison Mogenthey had been in a bar before, and the other two, Ethan Chapin Y Xana Kernodleat a party at the Sigma Chi House fraternity, at the University of Idaho.

Chapin, Kernodle’s boyfriend, did not live in that house located near the campus and where the two surviving classmates, who had also left but separately, had returned a little earlier, around 01:00 in the morning, and did not wake up until midnight. next morning. 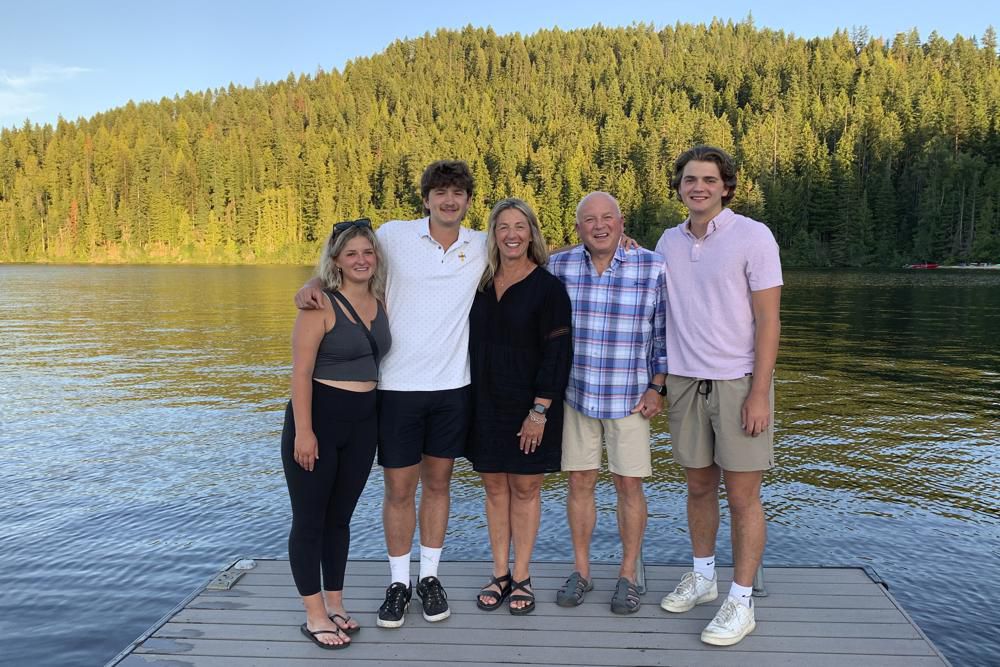 Triplets Maizie, Ethan and Hunter pose with their parents Stacy and Jim Chapin at Priest Lake. Ethan Chapin was one of four college students killed. (Stacy Chapin via AP)

Capt. Roger Lanier, of the moscow policepointed out this Wednesday that They do not consider the two survivors or the driver who took Goncalves and Mogen back as suspects.

There have been no arrests At the moment, law enforcement is still looking for the murder weapon, which they believe was a fixed-blade knife.

Two of the deceased were on the second floor of the house and the other two on the thirdand no body had been handcuffed, was noted this Wednesday, thus denying information previously published by the media.

The local Moscow Police, the Idaho State Police and the Federal Bureau of Investigation (FBI) participate in the investigation, with more than 100 assigned agents.

The Pope Francisco has expressed his "admiration" for the way in which the Ukrainian people faced nine months...

A joint international action by judicial and police authorities has dismantled a Web that offered identity theft services...

“Those who criticize me for 2020 have to understand that they are junctures. That will never happen again.”

It depends on how difficult your question is.—Two months ago, after the classic, did you imagine that there would...

They are all there. This Friday, at the end of the day in Qatar, as night fell, the...

“Holodomor: 90 years of the genocide of the Ukrainian people”, by Rostyslav Yavorivskyi

Holodomor It's a term ukrainian What does starvation mean? It is the name attributed to the...

The app that allows children to find their missing parents

A group of parents affected by parental kidnappings have developed a app to make it easier for children...

The Pope Francisco has expressed his "admiration" for...
World

“Holodomor: 90 years of the genocide of the Ukrainian people”, by Rostyslav Yavorivskyi

Holodomor It's a term ukrainian What does...
World

“Those who criticize me for 2020 have to understand that they are junctures. That will never happen again.”