When Vladimir Putin closed the gas taps to Europe, Germany he feared a winter plagued by blackouts more than anyone.

However, just a few months later the lights are shining in the Christmas markets, a timid optimism is breathed in the air seasoned with Glühwein (mulled wine). The strategy that Germany has hastily assembled to get by without Russian gas seems to be working, at least for now.

“Energy security for this winter is guaranteed”Social Democratic Chancellor Olaf Scholz said in the German Parliament on Wednesday.

Looking for other providers

The country’s gas deposits are filled, in part, by a frenetic – and expensive – buying operation on the world hydrocarbon markets.

LNG is natural gas that is cooled in liquid form to reduce its volume and make it easier to transport. It then turns back into gas upon reaching its destination.

In Germany this type of project usually takes years, due to heavy bureaucracy. However, the authorities have eliminated procedures so that the work could be completed in less than 200 days.

The most important part of the terminal, a “floating storage and regasification unit” (FSRU), has not yet been secured. The FSRU, which is essentially a specialized ship in which LNG is converted back to its gaseous state, will be leased for US$207,259 per day.

Within a few weeks, tankers from countries like the US, Norway or the United Arab Emirates could start delivering their cargoes to the port of Wilhelmshaven.

The terminal’s operator, Uniper, which is now controlled almost entirely by the German government, has declined to disclose its suppliers, but insisted that contracts are already in place.

Berlin plans to build another 5 LNG terminals. Most should be finished next year.

Businessman Ernst Buchow has admitted that his company depends on gas, although he hopes to switch to a greener fuel in the future.

A race against time

The powerful German industry has held its breath while the government executed its risky strategy.

“If we don’t have gas, we have to close the oven”Ernst Buchow, who owns a brickyard half an hour from Wilhelmshaven, told the BBC.

The bricks it produces must be fired in a giant kiln at temperatures of up to 1,200 degrees Celsius. In the near future, the businessman hopes to be able to switch to green hydrogen, but for now, he is totally dependent on the gas.

“It’s not just the politicians’ fault. The industry wanted the Russian gas contracts“, he added.

Just a year ago, the agreements with Moscow provided Germany with 60% of the gas it consumed, much of it through the Nordstream pipeline.

Despite significant political and citizen opposition, the government hoped to put the controversial Nordstream 2 into operation, which would have doubled the amount of Russian gas reaching Europe via Germany. However, the invasion of the Ukraine buried these desires. 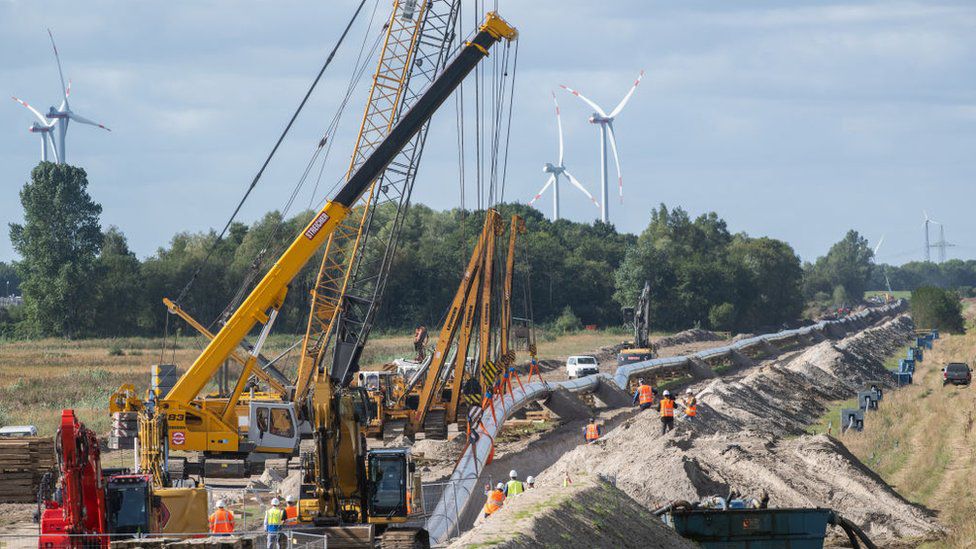 In just 200 days, Germany has built the first of its 6 terminals to process LNG from the Middle East. (GETTY IMAGES).

But, to avoid shortages during the winter, its experts say that the LNG terminals should come online early next year and that gas consumption should be reduced by 20%.

Getting to this point may be considered a great national achievement, but it hasn’t come for free.

The hidden and ugly face

Germany, an economic heavyweight, often gets what it wants. But its newfound appetite for LNG is intensifying global demand.

And that can put poorer countries like Bangladesh and Pakistan in a vulnerable position.

“There are a lot of countries, especially emerging economies, that are out of the market and can no longer supply themselves with the LNG they need, because they have less purchasing power than Germany,” said Professor Andreas Goldthau of the Willy Brandt School of Public Affairs.

The expert warned that this places these nations at greater risk of suffering blackouts or having to resort to “dirtier” energies such as coal precisely to avoid such a scenario. 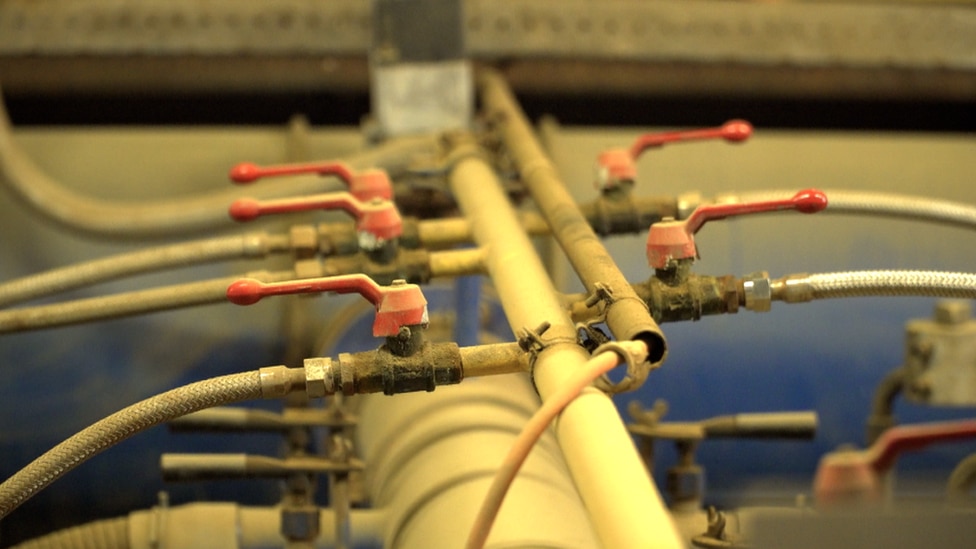 The tensions caused by the invasion of Ukraine have forced Berlin to have to cut the energy dependence that it had acquired in recent decades with Russia.

And what about Germany’s plans to complete its transition to a green model? LNG is, after all, a fossil fuel.

Everyone involved in the Wilhelmshaven project is quick to insist that LNG is a “transition” fuel.

Uniper has promised to build an infrastructure to handle the green hydrogen along with the LNG terminal.

That has fueled the ambitious plans of the Wilhelmshaven city council. The mayor, Carsten Feist, has ensured that the LNG terminal will not bring many jobs to the city. But that his plans to create a green energy center will.

“Much of the energy transformation that we need for our planet to have a habitable climate in 50 to 100 years, much of what is necessary in Germany, will take place in and through Wilhelmshaven,” the official said.

But the most striking cost of Berlin’s strategy to cut its dependence on Russian gas is monetary.

The 6 LNG terminals have forced the German government to spend US$6,217 million. That is more than double what ministers had initially budgeted for and may go even higher next year.

Germany learned the value of a secure energy supply too late and is now paying dearly for it.

The Public and State Security Council (Cosepe) of Ecuador This Thursday declared illegal mining a threat to...

He would be the 66th richest person in the world: this is the amount of money that Satoshi Nakamoto, the creator of Bitcoin, has

As peculiar as it may seem, the creator (or creator) behind Bitcoin it's a mystery. Under the...

The Vinicius doll was hung on the Madrid bridge before the match “Real” – “Atletico”.

“Racists keep going to stadiums and watching the best club in the world play and La Liga still doing...

The heartbreaking moment in which a man realizes that the airline has lost his four dogs, with whom he...

A group of Japanese researchers presented a suitcase in Tokyo on Thursday autonomous that allows avoiding obstacles in order...

A huge book with the names of 4.8 million victims of Holocaust It has been on display since...

The Public and State Security Council (Cosepe) of...
World

The heartbreaking moment in which a man realizes that...
World

A huge book with the names of 4.8 million...
World

The United States ambassador to the OAS, Francisco Mora,...

He would be the 66th richest person in the world: this is the amount of money that Satoshi Nakamoto, the creator of Bitcoin, has

The Vinicius doll was hung on the Madrid bridge before the match “Real” – “Atletico”.