The termination of the constitutional right to abortion played an important role in the outcome of the midterm elections which recently took place in USA.

LOOK: Woman challenges conservative US candidate to face and deny her abortion allegation

One argument used when the Supreme Court considered striking it down was that an alternative to abortion could be found in safe haven laws for newborns.

These laws, which exist in every state, allow mothers with problems anonymously abandon their babies at designated sites shortly after giving birth without being brought to trial.

This is the story of three people who have been deeply affected by these safe haven laws.

It was a dark and humid winter night on one of the endless plains of Arizona. Michelle was driving down an isolated road, when she suddenly stopped.

“I was in so much pain that I couldn’t go back to go to a hospital,” he recalls. Near a stream, about 30 km from the city, Michelle gave birth in her car.

“It was terrifying. I remember just praying. He was calling my mom…he wanted my mom“.

While Michelle gave birth, her oldest daughter slept in the back seat. In the dim light, with her mobile phone dead, Michelle sat for 15 minutes, her newborn wrapped in a blanket on her lap.

She looked at the girl, her gaze resting on her baby’s face. She then she started the engine and drove, fast.

Michelle had not told anyone that she was pregnant. She was too scared. The father of her youngest daughter was unpredictable. Separated from him and having left the relationship with the father of her new baby, she felt cornered.

He stopped at the nearest hospital. Michelle was aware of Arizona’s newborn safe haven law whereby she could “surrender” her daughter anonymously without prosecution, as long as the baby had not been harmed.

So she ran to the reception with the girl in her arms.

“I asked to speak to the delivery department. They came and talked to me and I said, ‘I think leaving her is going to be the best option.’ I just wanted her to be safe from the father of my oldest daughter.”

Michelle handed the baby over to the nurses. She knew that the girl would now be adopted.

He was in the hospital less than three minutes.

What are baby mailboxes?

It was the death of a newborn that propelled Heather Burner to become a passionate advocate for safe havens. More than a decade ago, she was on duty in a Phoenix hospital emergency room, where she worked as a pediatric nurse.

“A 15-year-old girl checked in, complaining of abdominal pain. After her vital signs were checked, she went to the bathroom. She delivered her baby alone and left it in a trash can. About 20 minutes later, a cleaning lady found it. We tried to make efforts to save his life, but we were unsuccessful.”

Despite the evidence, the teenager denied that the baby was hers. It is suspected that she had been the victim of sexual abuse by a relative. 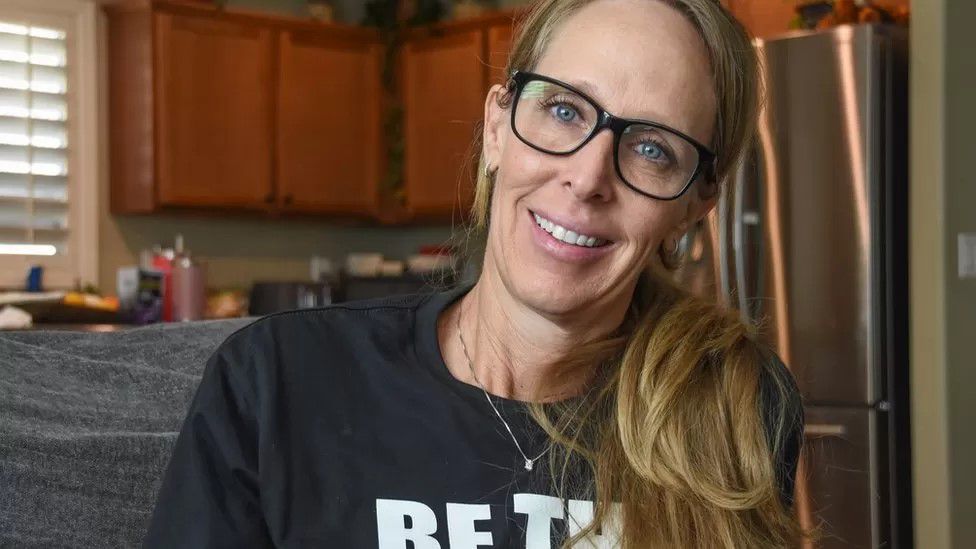 NSHA has a helpline and receives between 60 and 100 calls per month. In June, as the Supreme Court deliberated on Roe v. Wade, there was a 300% increase in calls. Anti-abortion groups have long argued that safe haven laws eliminate the need for an abortion, a view echoed during the hearings.

For NSHA callers, the advice to leave a baby in a safe place is a last resort.

“We ask them, what’s stopping you from raising this child?” Heather says. “Most of the time, the baby is not the crisis, it is his situation. Are they homeless? Do you need help with childcare? I literally once paid an electric bill and it made the woman feel like she could handle what she came after.”

Some women callers keep the baby. Others opt for a regular adoption and will choose – and perhaps meet – the family that will take care of their child. But some will “deliver” their babies to a safe place.

West of Phoenix, Porter Olson lives with his foster family and his beloved dog. Porter is an energetic 11-year-old boy who enjoys camping, gardening, and cooking.

In 2011, the Olsons were contacted by the adoption agency with which they had signed up. “I got the call and they said we had a baby,” recalls Michael Olson. He sent his wife Nicole a text with just these words: “The best day of my life”.

Nicole was in a class, teaching. “I called my director and said, ‘I need to find out about maternity leave.’ And she said, ‘Why? Are you pregnant?’ And I said, ‘No, but I’m having a baby, today!'”

Porter’s biological mother had left him in a baby box at a hospital. In Arizona, usually an adoptive family is found on the same day. And, like the Olsons, they may know absolutely nothing about their new baby. 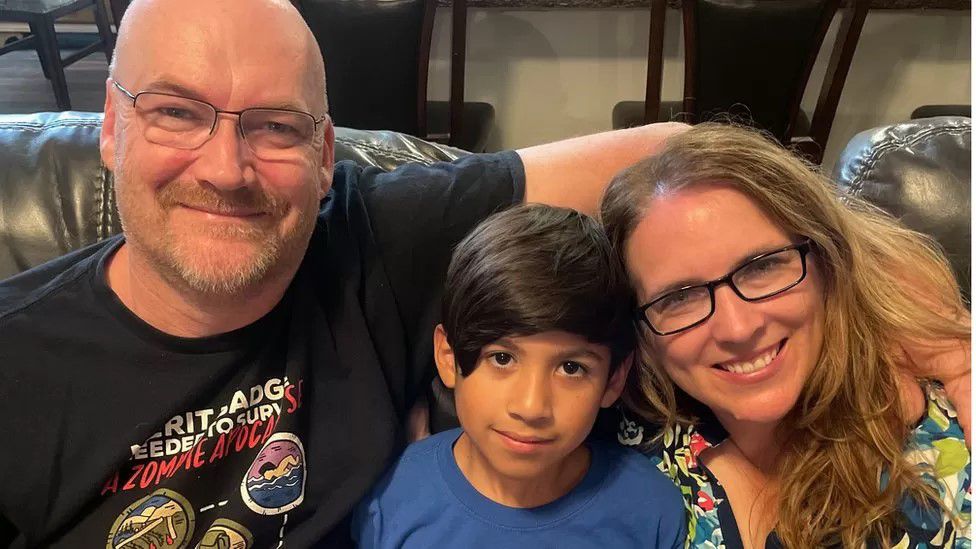 The family found out the same day that they were going to deliver a baby. / TIM MANSEL / BBC

“I never really cared about that, I just thought we would grow together and figure that part out,” says Nicole. Still, the couple felt it might be helpful for Porter himself to have more information.

“So one day my mom was going to give me a DNA test. Whatever it was, I was going to celebrate,” Porter says, continuing the story. “And we got tested, and the doctor said, ‘Congratulations! You can celebrate everything!’ I am European, American Indian, Sub-Saharan African, and East Asian.”

There is no mechanism for Porter to find out more about his birth parents.. That’s why some adoptive adult activists have disapproved of safe haven laws. Feminist scholars have also criticized them for failing to address the socioeconomic injustices that may compel dropout in the first place. 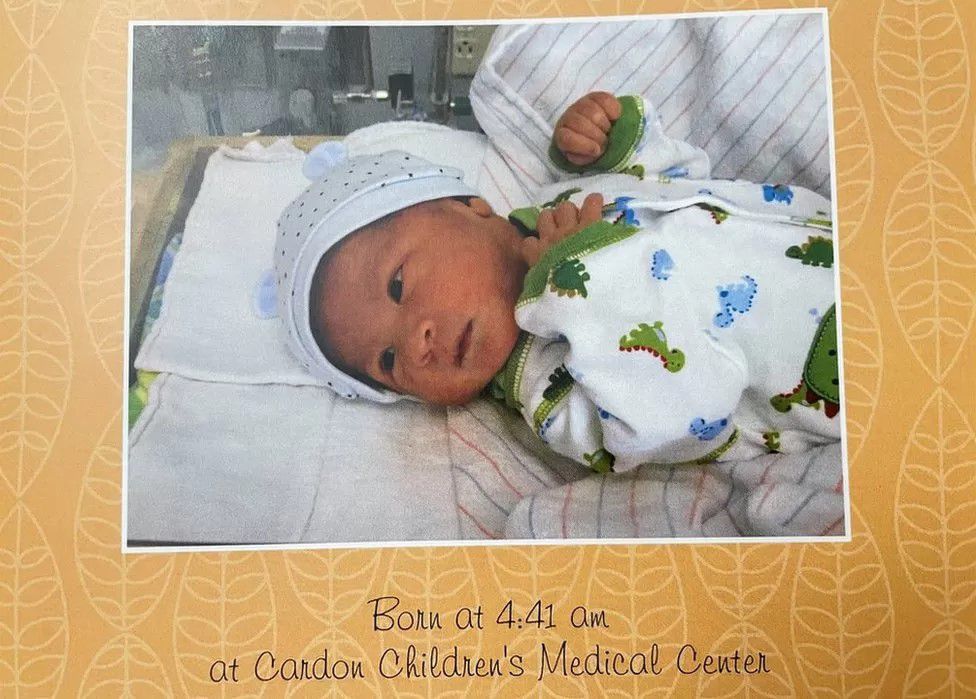 In 2011, the Olsons were contacted by the adoption agency with which they had signed up. / TIM MANSEL / BBC

And what happens if a woman later has doubts about giving up her baby forever?

“Some states have a period within which the mother could try to get the child back”says Kate Loudenslagel, Maricopa County Assistant District Attorney.

“But here in Arizona, we don’t have an option for mothers who change their minds. Leaving the child is itself considered a relinquishment. If a father believes he has paternity for a child, he has 30 days to notify the Registry of Presumed Parents.” Parents to claim paternity”.

What happened to Michelle?

“I couldn’t get her face out of my head.”she now says about the baby she delivered to the nurses that winter night.

“He was very lucky with the adoptive family,” says the NSHA executive director. Thirty-three days after giving up her daughter, Michelle got it back.

Seeing Heather again was the best feeling in the world, says Michelle. The couple caring for the baby agreed to return her. If they had refused, Michelle would have had to fight the case in court.

Michelle agreed to speak to the BBC, perhaps because everything went well. But, What about the thousands of women who have given up their newborns and have never seen them again?

Perhaps this was the best, or only, option for them. We don’t know, because almost none have publicly shared their story.

*Michelle’s name has been changed to protect her identity.