The Kims: the powerful dynasty of North Korea is ready for the fourth generation

A smiling girl walks in her white jacket and red shoes with her father, whom she accompanies to a momentous event: the launch of a powerful missile. The protagonists: kim jong unthe leader of North Koreaand Kim Ju Ae, his daughter, whom he introduced for the first time to his compatriots and the rest of the world in a perfectly studied scene where the importance of the nuclear program and the vital role that the Kim family has in running the country came together.

READ ALSO: Kim Jong-un appears accompanied by his daughter supervising the launch of a “monster missile”

Though ju ae She is still a girl, the fact that she has shown it says a lot about Kim’s intentions and the message she has decided to give: the dynasty has time in North Korea, and the fourth generation of dictators is ready.

“The first message that has been wanted to give is that the program of ballistic missiles of the family Kim It is not from a person, but from the family, and that the family is the one that is protecting the North Korean population.”comments to El Comercio Ramón Pacheco Pardo, professor of International Relations at King’s College London and director of the Korea Chair at the School of Government of the Free University of Brussels.

“The second message – he adds – is that Kim is thinking that at some point, perhaps in a few decades, he will pass his place to someone in his family, be it his daughter or another of his offspring, but that the Kim dynasty will continue in power in the future.

The images of Kim along with his little girl and his wife Ri Sol Ju spread last Saturday. The North Korean agency said the leader was witnessing the launch of the powerful Hwasong-17 intercontinental missile “together with his beloved daughter and wife.”

North Korean leader Kim Jong-un is listened to intently by his daughter, his wife Ri Sol Ju and a senior army official, during the launch of a powerful intercontinental missile. (KCNA/)

Immediately, the spy agencies of South Korea They speculated that it would be Kim’s second daughter, as the North Korean leader is believed to have at least three children: a boy born in 2010, a girl born in 2013, and another daughter in 2017.

But the only concrete version did not come from the special agents, but from former American basketball player Dennis Rodman, a personal friend of Kim and who has traveled to the hermetic country on several occasions. Around 2013, he revealed that he had visited Kim and even carried “her little baby Ju Ae.”

Since its appearance, much has been speculated. Since she is the heir anointed by kim jong un, until his anticipated presentation is another sign of his deteriorating health. The truth is that it shows the importance of the dynasty in the life of North Koreans and that power will continue to remain in the family. 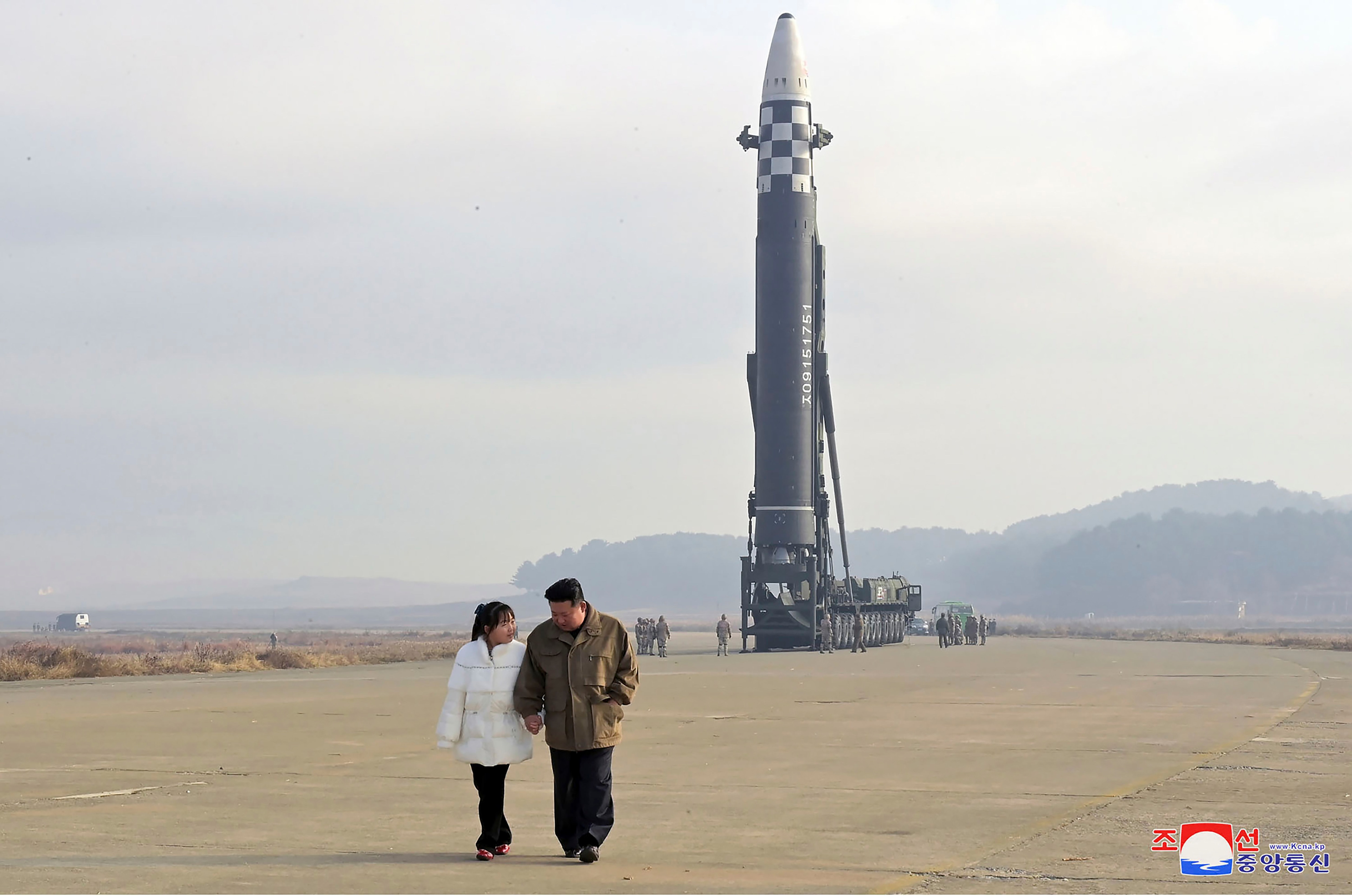 Kim Jong-un walks with his 10-year-old daughter, Ju Ae, at a missile launch center, in an image that brings together the power of the Kim family and the threat of its nuclear program. (Korean Central News Agency/Korea News Service via AP, File) (朝鮮通信社/)

But the young dictator – who represents the third generation of the Kims – has varied the message regarding what his father and grandfather did.

Kim Jong-un’s fate was defined shortly before his father’s death, kim jong il, in 2011, when he was barely 26 years old. While Kim Jong-il was groomed decades before his father, kim il sung, the country’s revered founder, died in 1994. Father and son agree they were appointed as adults. The difference is that Ju Ae is just a girl.

“Unlike his father and grandfather, Kim has been introducing different members of his family, including his wife and sister. They never did that.” says Pacheco Pardo. 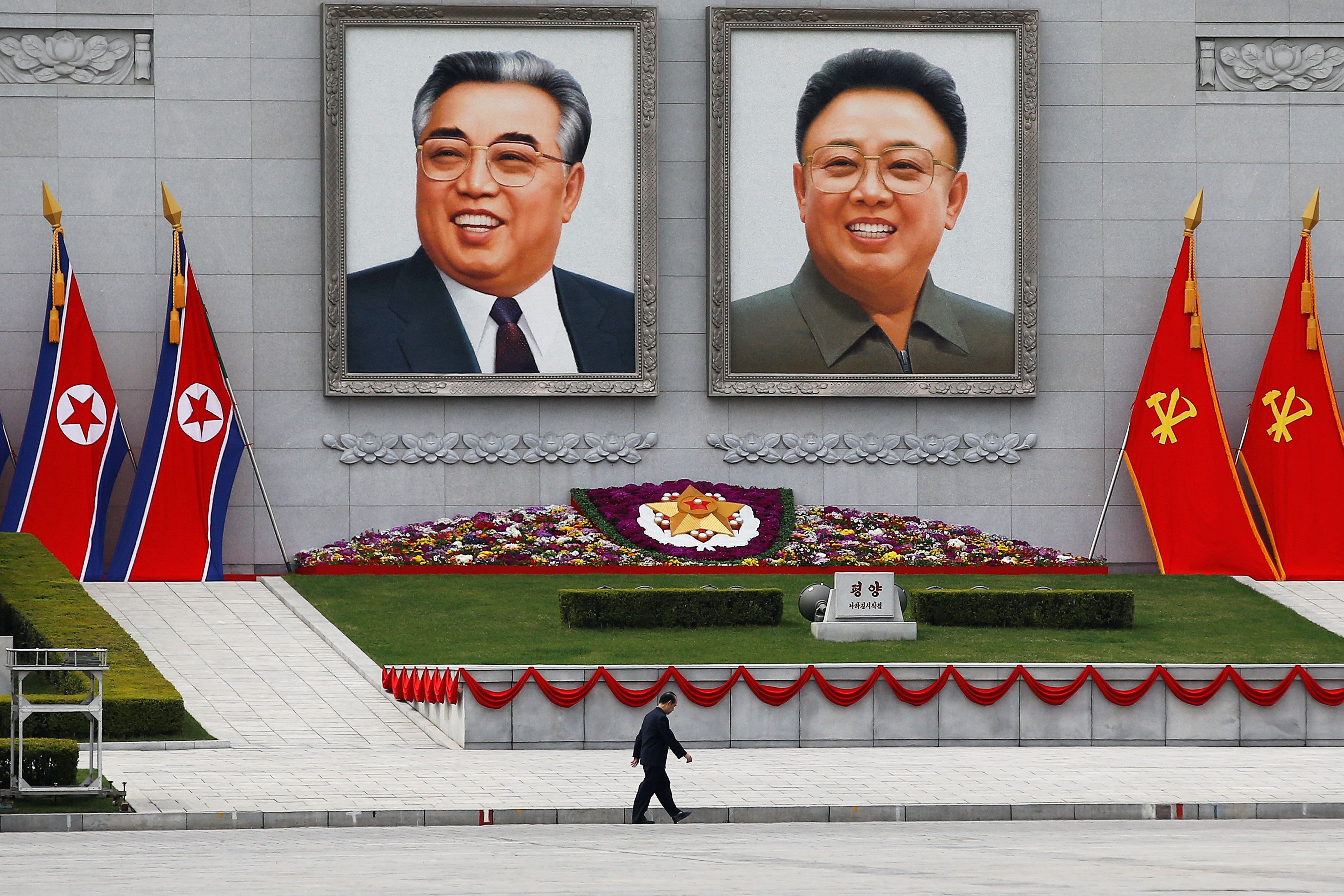 In the center of Pyongyang are the huge portraits of the country’s founder, Kim Il-sung, and his son Kim Jong-il. REUTERS/Damir Sagolj (DAMIR SAGOLJ/)

Another difference between kim jong un and his predecessors is the presence of women in the family and, therefore, in power, something unprecedented that did not happen with his father and grandfather.

“This is very different now, because in the regimes of Kim Il-sung and Kim Jong-il women did not play any role, but only to be good wives and mothers. Now there are certain women who have greater visibility, like her sister or the Minister of Foreign Affairs, Choe Son-hui. More than gender, Kim is interested in who can serve her interests ”, explains the expert from London.

Kim’s wife Ri Sol Juparticipates in many official activities and has helped him a lot to soften his image before his compatriots, which is the propaganda that ultimately matters most to the regime.

And his sister, Kim Yo Jongwho was speculated at some point that she could be the successor, is a strong-willed woman who, a few days ago, did not hesitate to describe as “idiot”, “lackey” and “lapdog” to the South Korean president. In fact, it was she who led the efforts for her country to participate in the 2018 Winter Olympics that were held in South Korea, and she is always with her brother in high-level meetings with other world leaders, as she has been the case of Donald Trump or Xi Jinping. In this April 2018 photo, Kim Jong-un stands with his younger sister, the influential Kim Yo Jong, who holds a high-ranking position in the regime. / AFP / Korea Summit Press Pool / STR (STR /)

“Each member of your family has a designated position. Her sister clearly fills the role of the person leading relations with South Korea, for better and also for worse.”says Pacheco Pardo.

Although it is too early to conclude that the small ju ae will be the next leader of North Koreahe will have enough time to learn with his father how he should perpetuate the cult of personality to which his subjects have been subjected since the 40s, and thus ensure the Kim family for a long time in power.