Shanghai, armored after protests against the “zero covid” policy

Hundreds of police officers and dozens of vehicles patrolled the streets of Shanghai on Monday night, after a weekend marked by protests against the controversial policy China of “zero covid”.

After a deadly fire in the northwestern city of Urumqi, outrage grows in China against the restrictions due to covid-19, criticized for having slowed down the firefighting tasks.

Look: The zero COVID-19 strategy: the uncertain future of the pandemic in China

Large demonstrations took place on Sunday in the center of Shanghaiwhere clashes broke out between protesters and police officers near Wulumuqi Street, the Mandarin name for Urumqi.

Numerous police officers and vehicles were present this Monday in the same area in order to deter new attempts to protestsas verified by AFP journalists, who saw how the agents arrested four people and released one throughout the day.

On Wulumuqi Street, there were 12 police vehicles within 100 meters, according to an AFP journalist.

“The atmosphere is tense tonight. There are many police officers in this area,” said a pedestrian, who called himself Taku (a pseudonym) and explained that he had lost his job at an airline company due to the pandemic and considered that the demonstrations were justified.

“The rest of the world is back to normal, but China remains paralyzed due to a politics of zero covid. This city is on the way to going crazy,” added Taku, who said he was waiting “impatiently for something to happen.”

Police force a protester into a police car during a protest on a street in Shanghai, China. (AP /)

Another young man told AFP that the police had specifically asked him if he had downloaded foreign apps on his phone, a question asked of many other Chinese citizens, according to reports on social media.

“The environment is strange, but I don’t feel in danger,” said a woman in her 30s, who works as a shop assistant and lamented a decrease in commercial activity in the area where the demonstrations took place.

Despite everything, it was rather calm on Monday night and the AFP only saw how four agents called two young people to their attention and inspected their mobile phones and cameras before letting them go. 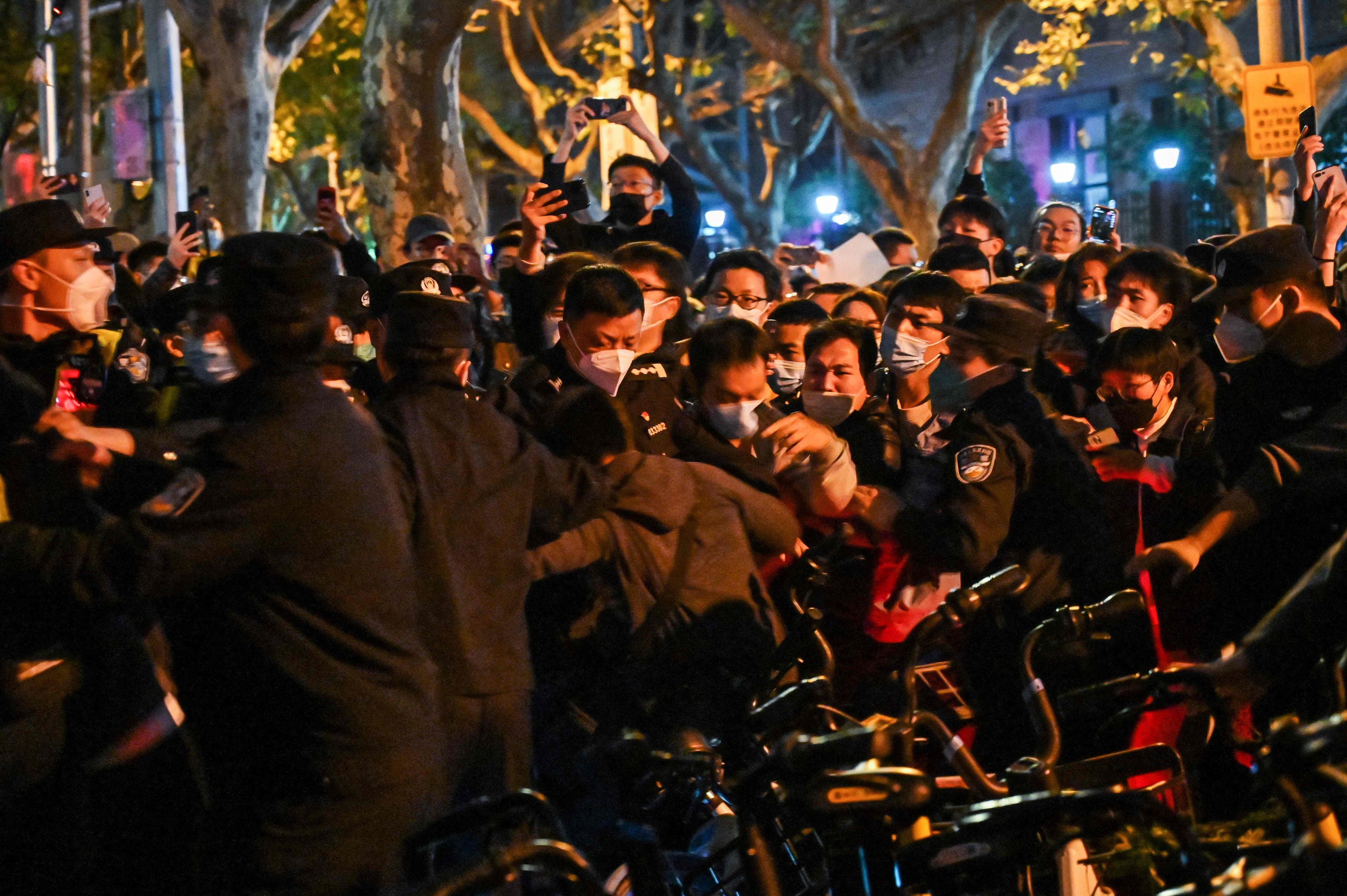 Police and people are pictured during some clashes in Shanghai. (Hector RETAMAL / AFP /)

“As a citizen of ShanghaiI am free to record,” said a young man briefly detained for having recorded a demonstration.

“Now it’s like that Shanghai. There is no freedom, ”she lamented.

Share
Facebook
Twitter
Pinterest
WhatsApp
Previous article
Cristiano Ronaldo: the goal he celebrated and would have given him a new record
Next article
Neymar surrendered to the quality of Casemiro and not only because of his goal for Brazil in Qatar 2022 | PHOTO