World: what is poverty like in billionaire Qatar, one of the richest countries in the world

Seeing poverty and talking about it is not an easy matter in Qatar.

Some of those who agree to speak about it choose their words carefully because it is a “complicated issue that you have to protect yourself from because the authorities try to control it,” a Pakistani taxi driver who prefers to remain anonymous tells BBC Mundo.

Qatar, one of the richest countries in the world, is not free from poverty. And if it is not talked about enough, it is also because of how hidden from view it can be.

Part of the foreigners who experience it They live in isolated neighborhoods with poorer communicationsaway from the areas frequented by tourists and fans.

Thanks mainly to oil and gas money, Qatar has a gross domestic product of $180 billion that has attracted hundreds of thousands of migrants to invest in massive construction in the desert.

Qatar has around three million inhabitants. Of that total, only 350,000 (10% of the population) are Qataris. The rest are foreigners. Qataris and Western expatriates boast high salaries and great social benefits.

According to official statistics, Qatar has virtually eliminated poverty, although there are a different reality for many migrants from Southeast Asia.

“Many of those who come from countries like India, Nepal, Bangladesh or Pakistan have no qualifications and barely speak English. Although they have better living standards here than in their countries of origin, an important part lives with just enoughlow minimum wage and sharing a room with six to send money to their countries”, says the Pakistani taxi driver.

The conditions of construction workers in Qatar have been a controversial issue, although the country insists on its progress to improve the lives of these workers.

In a country where Qataris and Western expatriates can earn several tens of thousands of dollars a year plus benefits, many unskilled employees are guaranteed pay no higher than the minimum monthly wage, barely $275.

Qatar became in 2020 the first Arab country to effectively abolish the controversial kafala system (sponsorship in Arabic) and the second to establish a minimum wage for all workers regardless of their nationality after Kuwait.

When kafala was in effect, if an employee changed jobs without authorization, for example, he could face criminal charges, arrest and deportation.

Employers sometimes confiscated their employees’ passports, effectively forcing them to remain in the country indefinitely.

Many migrants were also required to pay a recruitment fee to their recruiters of between $500 and $3,500 before leaving their countries.

To do this, most had to resort to loans with interest which left them in vulnerable positions.

As part of its labor rights regulation, Qatar also enacted a law allowing workers who had completed their contracts to change jobs freely and imposed fines on companies that confiscated employees’ passports. 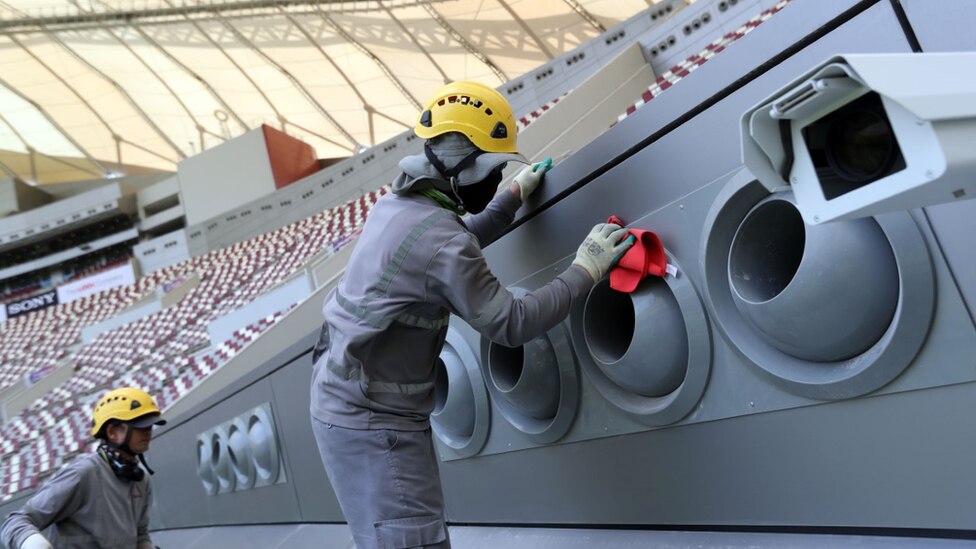 According to the ILO, Qatar underestimates the number of workers killed in the construction of stadiums.

But despite the progress, organizations such as Human Rights Watch (HRW) insist that “migrant workers are still dependent on their employers to facilitate entry, residence and employment in the country, which means that employers are responsible for request, renew and cancel their residence and work permits”.

“Workers can be left without documents through no fault of their own when employers do not comply with said processesand it is them, not their employerswho suffer the consequences,” says this 2020 HRW report.

And according to Amnesty International, companies are still putting pressure on workers to prevent them from changing jobs.

A Qatari government spokesman told the BBC that the reforms implemented by the country are improving working conditions for the majority of foreign workers.

“Significant progress has been made to ensure that the reforms are implemented effectively,” the spokesperson said.

“The number of companies that break the rules will continue to decrease as compliance measures are implemented,” he said.

Qatar built seven stadiums for the World Cup, as well as a new airport, metro, streets and accommodation.

The venue for the final, the Lusail Stadium, is located in the city of the same name that has practically been built in the last five years.

According to the Qatari government, 30,000 foreign workers were hired to build the stadiums. Most came from Bangladesh, India, Nepal and the Philippines.

The number of these migrants who died during the preparations for the World Cup is a controversial and divisive issue. 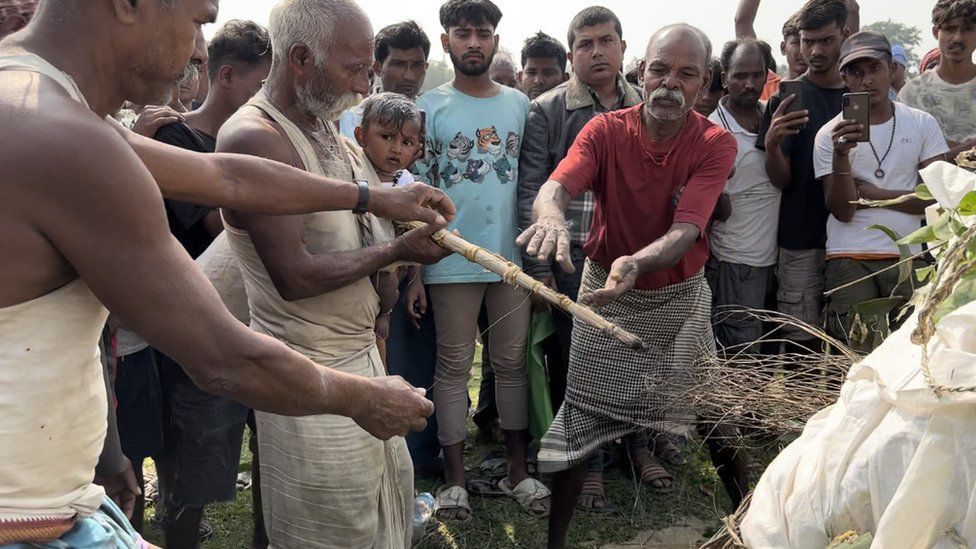 Funeral in Nepal of a worker who died in the construction of stadiums in Qatar.

Based on information from the embassies in Qatar, the British newspaper The Guardian reported that 6,500 workers from India, Pakistan, Nepal, Bangladesh and Sri Lanka have died in Qatar since 2010, when it was awarded the venue for the World Cup.

But Qatar condemns such a figure as misleading and inaccuratebecause not all of these recorded deaths are of workers in projects linked to the World Cup and many may have died of old age or other natural causes.

Qatar says that in its records between 2014 and 2020 there were 37 deaths of stadium construction workers and that only three of them were “work-related” from the cause.

But the International Labor Organization (ILO) says that number does not show the full reality, since Qatar does not count as work-related deaths from heart attacks or respiratory failure, common symptoms of heat stroke and heavy loads in high temperatures.

According to the ILO, 50 foreign workers died and more than 500 were seriously injured in 2021 alonewhile another 37,600 suffered mild to moderate injuries.

Following international pressure for the treatment of stadium workers and as part of its improvement measures, Qatar built Labor City (the city of work), a field to welcome many of these migrants.

But the facility, for which hundreds of millions of dollars have been earmarked, is heavily restricted for the press here in Qatar and has been criticized for its location, on the outskirts of Doha and far from the luxury that appears on television screens during the world cup appointment

Share
Facebook
Twitter
Pinterest
WhatsApp
Previous article
United States soccer player consoled his Iranian rival after leaving him out of the World Cup | VIDEO
Next article
Professions that attract: HVAC engineers have everything to seduce