The zero covid policy applied by China It has sparked something truly unusual: a series of mass protests in several major cities across the country against the harsh lockdowns implemented to contain the spread of the virus.

Thousands of people have taken to the streets to express their rejection of these measures, some even going so far as to openly criticize the government of Xi Jinping and the Communist Party of China, which according to analysts are facing the biggest challenge to authority since the protests in Tiananmen Square in 1989.

But how do you explain these protests against a strategy that, judging by the statistics of deaths and infections from covid, seems to have been successful?

According to figures from the World Health Organization, since the start of the pandemic Some 9.6 million confirmed cases of the disease and some 30,000 associated deaths have been reported in China. to the same.

Very low figures when compared to the 97 million cases and one million deaths registered during the same period in the United States, a country that has a quarter of the population of China.

The problem is that Beijing’s strategy has managed to stop the disease only thanks to the application of draconian measures like keeping the country’s borders basically closed, while drastic lockdowns are applied inside that have affected entire cities of millions of inhabitants for weeks.

This has affected the economic performance of the country. International organizations project GDP growth of 2.8% this year for the Chinese economy, much less than the 5.5% expected by the Xi Jinping government.

“China has cornered itself with its zero covid policy by imposing very strict rules on people and communities“Jack Chow, a professor at Carnegie Mellon University and former deputy director general of the World Health Organization, tells BBC Mundo.

“Firstly, because despite these draconian measures, the number of covid cases continued to rise,” he says.

“Secondly, because it is not only restricting Chinese economic growth, but also disrupting supply chains around the world.

“And thirdly, because social unrest is spreading across the country as ordinary people start to chafe at these restrictions,” he adds.

Despite this, Beijing has given no sign of intending to relax its zero covid policy, something that -according to experts have warned- at this point would also imply significant risks for China.

During the first stage of the pandemic, when there were no vaccines for covid-19, there were other countries such as Australia, New Zealand, Singapore and South Koreaamong others, who applied similar approaches to China’s zero covid policy.

Lockdowns and PCR tests continue to be part of the daily life of citizens in China. (Reuters)

As vaccines and other coronavirus treatments emerged, those states were lifting lockdowns and opening borders, while Beijing maintained the same policy.

A) Yes, while the rest of the world learned to live with the virus, Beijing has insisted on eliminating it through lockdowns.

And, although it has been quite successful in avoiding contagion, as a consequence its population has been more exposed to the disease since they have not developed the natural immunity that those who have been infected obtain.

This policy has generated what Yanzhong Huang, a senior fellow for global health at the Council on Foreign Relations, has called “the immune gap.”

And it is that after almost three years of pandemic, most of the 1,400 million Chinese citizens have not been exposed to the virus.

“In the rest of the world, the population acquires immunity through two routes: vaccines and natural infection, but in China there has been no natural infection,” Jin Dong-Yan, professor of Molecular Virology at the School of Biomedical Sciences, explained last February. from the University of Hong Kong, to BBC Mundo.

The second route, that of vaccines, does not favor Beijing either, which has not authorized the use of mRNA vaccines (Pfizer and Moderna) developed in the West.

In China, eight vaccines against covid-19 have been approved for use, but none use mRNA technology, according to the Covid-19 Vaccine Tracker.

Among the vaccines developed in the Asian giant, there is already one, Walvax, which is based on mRNA, but its use is authorized in Indonesia and not in China. 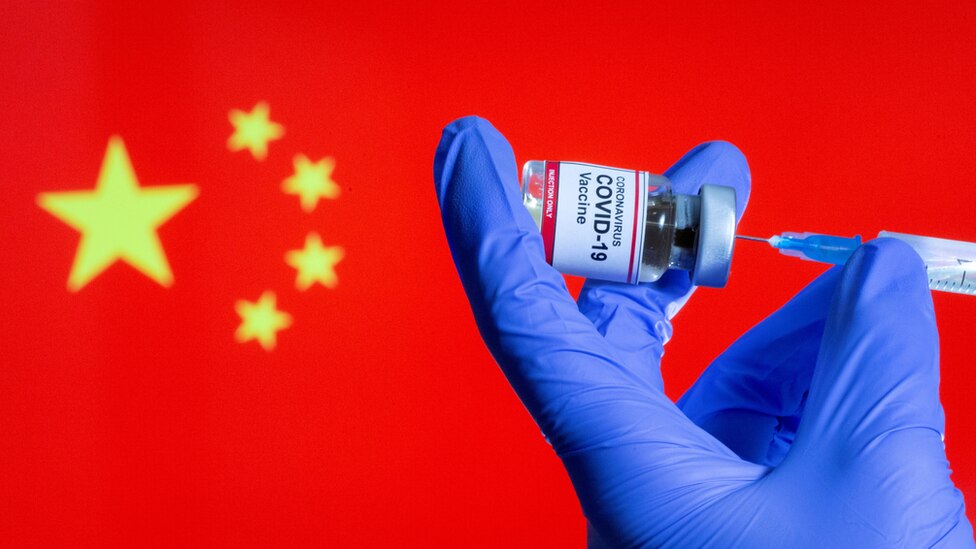 China has approved almost a dozen vaccines, but none are mRNA. (Reuters)

“Herd immunity against covid-19 cannot be achieved without an effective vaccine, and inactivated vaccines from China have been shown to be far less effective than mRNA vaccines used in Europe and the United States“, Yanzhong Huang warned in January in an article in foreign affairs.

riding on a tiger

The dangers derived from Beijing’s strategy against the covid had been warned by the consultancy Eurasia Group, which ranked China’s zero covid policy as the main global threat for 2022, in its annual report on the main geopolitical risks.

“China is in the most difficult situation due to a zero covid policy that seemed incredibly successful in 2020, but now it is a fight against a much more transmissible variant with broader lockdowns and vaccines with limited efficacy.

“And the population has practically no antibodies against omicron. Keeping the country closed for two years has now made it riskier to reopen it“, the report stated. 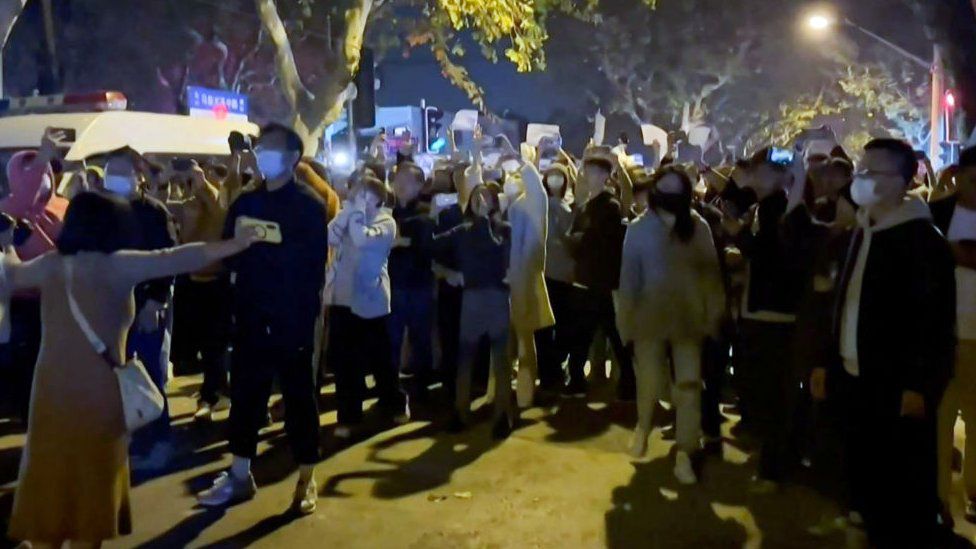 And it is that since the Chinese population does not have natural immunity and with little acquired immunity derived from vaccines, the authorities are faced with the risk of an outbreak of infections getting out of control and causing the country’s health system to collapse.

“The collapse of the healthcare system would actually be a bigger disaster than covid itself, as was seen in Wuhan. Many of the deaths there were actually caused by that collapse rather than the disease,” Jin Dong explained. -Yan in his interview with BBC Mundo.

An additional problem is that it is not clear how prepared the Chinese health system is to handle a sharp increase in covid cases.

Speaking to The Washington PostYanzhong Huang warned that Beijing should have started efforts to have more beds in intensive care units and to have better vaccination two and a half years ago, but that its exclusive focus on containing the infections meant that fewer resources were devoted to these objectives.

Against this background, Jack Chow believes that, looking to the future, China faces difficult options.

“One route would be to continue the lockdown strategy in the hope of flattening the covid-19 curve, but that would continue to fuel tensions in society and the economy.

“The other route would be to start relaxing these measures, in response to social problems, but running the risk of an acceleration of infections,” he says.

It is not a minor risk.

Estimates released this week by the health consultancy Airfinity indicate that if Beijing now lifts the zero covid policy, the lives of between 1.3 and 2.1 million people would be at risk.

For this reason, Chow believes that China could choose to redouble its preventive efforts, but incorporating mRNA vaccines.

“They have a lot of experience with mask wearing and social distancing, but they haven’t diversified their vaccine options to include the major Western-created vaccines,” he says.

This decision could reduce the risks that relaxing the containment measures will cause an increase in infections that ends up overwhelming the Chinese health system. 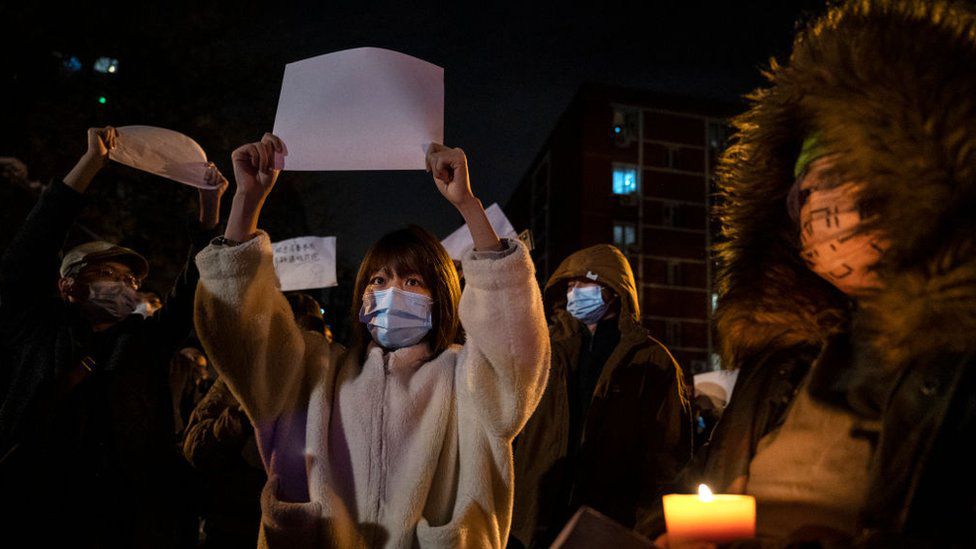 However, Chow points out that there may be other considerations at play that would make it difficult to use Western vaccines, even though they have been updated to deal with the latest variants.

“The question is whether their selection of vaccines is based on political pressures. Do they see the use of Western vaccines as a sign of failure or a loss of face?

“I would say that the most effective strategy to face the pandemic is to use the most effective means, regardless of their origin. So it’s very likely that there are political considerations at play and that makes China’s policy going forward more complex than public health strategists would recommend,” he said.

Beyond these considerations, it should be noted that President Xi Jinping and the Chinese Communist Party have defended the zero covid policy, which according to analysts now makes it difficult for there to be a change of direction.

Thus, between the risks of a collapse of the health system due to a wave of uncontrolled infections and the political price that a change of course could mean -including the possibility of allowing the use of Western vaccines in the country-, the situation facing Beijing With its zero covid policy, it seems to remember what happens to someone who -according to the ancient Chinese proverb- rides on a tiger: once you are riding it, you no longer dare to get off.

Horoscope for Wednesday, January 1, 2023. Know what the stars have in store for you in love, money and...

A green comet is approaching Earth for the first time in 50,000 years.The dirty snow globe last visited us...

Trying to stop Netflix in its quest to conquer new users in the fierce competition it has with Disney...

Six members of a gang were jailed for trafficking drugs through a teenager. Instead of prosecuting the boy,...

Santiago Ormeño: Why did you leave Chivas, what did the coach say and how is your new club, Juárez FC?

Without minutes there are no goals and Santiago Ormeño suffered from it at Chivas de Guadalajara, which is why...

A green comet is approaching Earth for the first...
World

The most importantOn Tuesday, France pledged to supply Ukraine...
World

Six members of a gang were jailed for trafficking...
World

This is the figure from INSEE that is calling....