The “corn” turkey pardoned by Donald Trump for Thanksgiving 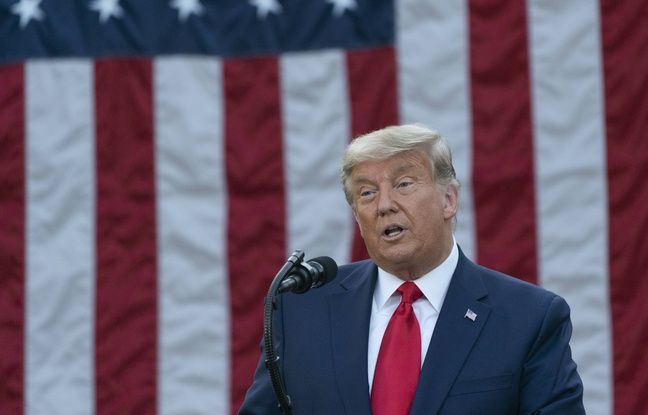 It was his lucky day: the turkey “Corn” (“Maïs” in French) was saved from the pan by US President Donald Trump during the traditional presidential pardon before Thanksgiving, marked this year by the Covid-19 pandemic. “Thanksgiving is a special day for turkeys, not a very good one for most when you think about it,” the Republican billionaire commented. This was the last time in his mandate to comply with a custom surrounding this family holiday, more important than Christmas for many Americans, where we usually meet around a stuffed turkey.

Corn and Cob turkeys were chosen to be pardoned by US President Donald Trump on Thanksgiving. They will, after their pardon, be entrusted to Iowa State University where they will spend the rest of their lives. #AFP @RocaStarCarmen pic.twitter.com/qS65L2qkgN

But this year, health authorities have called on residents to stay at home as positive cases of Covid-19 explode again in a country where the pandemic has killed a total of nearly 260,000. The government has high hopes for several vaccines that could quickly be authorized to start a mass vaccination campaign.

“We are grateful for the vaccines and therapies that will soon end the pandemic,” Donald Trump said after thanking healthcare workers, social workers and scientists. “It is an extraordinary feeling to know that they are coming and that they will probably arrive from next week or soon after”, he added, before granting his “complete grace” to “Corn” in the gardens of the White House.

She got this grace against another turkey after a vote on Twitter. But the unfortunate candidate, “Cob” (“Epi” in French), will also be spared, according to tradition. Raised on a farm in Walcott, Iowa, “Corn” and “Cob” will be placed in the good care of the State University, where they will live a “very long, happy and memorable retirement”. President.