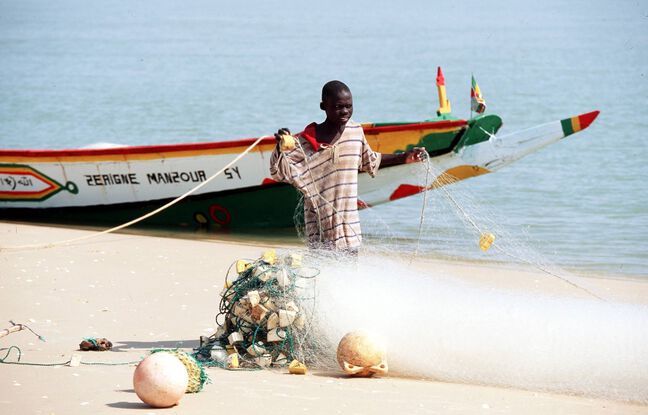 Senegalese authorities are still seeking to elucidate the mysterious skin disease that has affected a thousand fishermen since its appearance a week ago in the Dakar region, the Minister of Health said on Tuesday. The viral and contagious risk is ruled out, all the reported cases have progressed favorably without complications. Only one person affected out of a total of 1,004, according to a new assessment, is hospitalized when they were much more numerous a few days ago, Abdoulaye Diouf Sarr said at a government press conference.

But it is still unknown what causes the evil which, according to images published by media and social networks, has covered fishermen with sometimes impressive pimples on their faces and limbs, he said. His colleague from the Environment, Abdou Karim Sall, raised the possibility that an algae is involved. “There is no secondary case. In other words, there is no contamination, it is not a contagious disease (and) there is no risk compared to the consumption of fish, ”said the Minister of Health.

“The results of the laboratory tests did not reveal an infectious cause, but further investigations are underway,” he said. Samples analyzed by a laboratory did not reveal any chemical or toxic infection of the water or fish, said the Minister of the Environment. It remains to analyze the samples from the algae, the appearance of the disease having coincided according to the fishermen with a proliferation of algae. Analyzes carried out by the poison control center at Cheikh Anta Diop University in Dakar are scheduled for this week. The minister is also considering analyzes on fuel and nets.

Many fishermen have complained about poor sales of their products after posts on social media advising not to eat fish for a while. Fishing generates more than 53,000 direct and 540,000 indirect jobs in Senegal according to the UN.