Elections to succeed Angela Merkel are set to take place on September 26, 2021 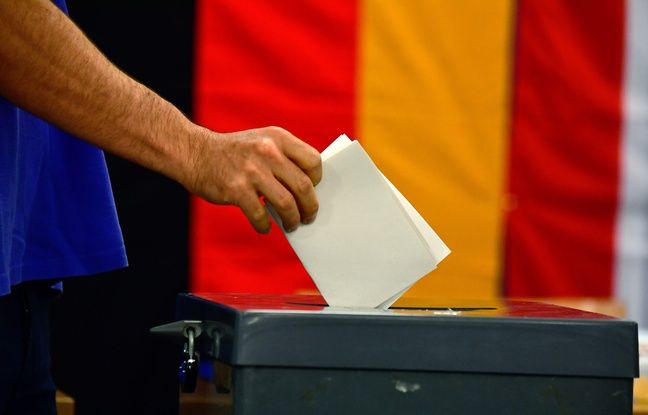 In Germany, the general elections which should lead to the election of a new chancellor at the head of the country, to replace Angela Merkel, could be held on September 26, 2021, the government proposed on Wednesday.

The proposal made in the Council of Ministers has yet to be formally approved by the Head of State Frank-Walter Steinmeier. This election will mark, whatever the result, a break for Germany with the scheduled departure from power of Angela Merkel, Chancellor since 2005. Angela Merkel had announced at the end of 2018, after several electoral setbacks by her Christian conservative party – Democrat (CDU), not wanting to run for a fifth term.

Merkel on top in the polls

Now 66 years old, the one who seemed a few months ago won by the erosion of power now enjoys a record popularity rating. It is praised for its good management of the health crisis, more than seven out of 10 Germans saying they are satisfied with its action.

As a result, his party, which for several years had seen its electoral base eroded, has regained strength and is largely in the lead in the polls with more than 36% of favorable opinions. The German Christian Democrats are divided over the continuation between a centrist current in favor of continuity and the temptation of a turn to the right. A congress must in principle appoint its new president in mid-January.

Three candidates are in the running: two moderates, Armin Laschet, head of the most populous region, North Rhine-Westphalia, as well as Norbert Röttgen, an expert in foreign policy, and one holding a more right-wing line , Friedrich Merz, a historical adversary of Angela Merkel. The fight for the presidency should be played between Armin Laschet and Friedrich Merz.

Social Democrats are not taking off

The winner will be in a good position to then become the German Conservatives’ candidate for the chancellery in the parliamentary elections in September 2021, but without immediate guarantee. Because the decision on this must be taken later, probably in the spring. And it is not excluded that another suitor will end up being chosen: the Bavarian leader Markus Söder, at the helm of the sister party of the CDU, the CSU.

He has become one of the most popular personalities in Germany thanks to his management, considered effective, of the pandemic in Bavaria. Facing the conservatives, the Social Democrats, currently minority partners in the coalition with Angela Merkel, still cannot take off: they stagnate in the polls between 16% and 17%. Their candidate for chancellery is the current Minister of Finance Olaf Scholz, a supporter of a moderate line.

The surprise could come from environmentalists: credited with nearly 20% of the vote, they have become essential in the German political landscape where they participate in eleven of the sixteen regional governments, sometimes sharing power with the left or the right. So far, the Greens have not closed the door to a future coalition with the conservatives at the national level, a scheme which had already failed to emerge in 2017 but which had flipped, for lack of agreement with the liberals, then third partner necessary to come of age.

The negotiations for the formation of the previous government had been made difficult due to the appearance of a new actor on the national scene, the far right AfD, which had reached almost 13% of the vote and made its historic entry into Parliament. She is now credited with a score of around 10%, which could facilitate negotiations for the formation of a government with a stable majority.