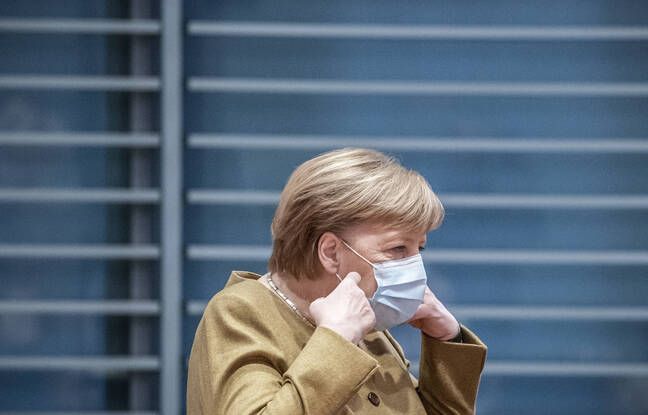 Emmanuel Macron presented his deconfinement calendar on Tuesday. But across the Rhine, how is it going? Germany will extend until early January its restrictions to fight the coronavirus pandemic, including the closure of bars and restaurants and the limitations of participants in private meetings, Angela Merkel announced Wednesday evening.

“We still have to make efforts (…) the number of daily infections is still at a much too high level”, declared the Chancellor after more than seven hours of discussions with the leaders of the 16 German regional states .

Bars, restaurants, cultural venues and sports clubs should therefore remain closed for more than a month. Access to stores will also be restricted, with a limited number of customers depending on their size.

The restrictions will therefore continue to apply “until the beginning of January, unless we have an unexpected decrease in the infection rate but this is unlikely at this stage,” said Angela Merkel. The infection rate in Germany thus reached 139.6 per 100,000 inhabitants on Wednesday and 195.3 per 100,000 in the capital, Berlin, far from the target of 50 / 100,000. Germany had 961,320 officially declared cases of Covid-19 (+18,633 in 24 hours) and 14,771 deaths (+410, new record) on Wednesday, according to the Robert Koch health watch institute. The symbolic mark of one million cases should be crossed in the next few days.

The only easing granted by the German leaders: private meetings can reach ten people from December 23 to January 1, children under 14 not included. Outside of this period, private meetings are limited to five people. Firecrackers and fireworks, very popular with Germans at Christmas time, will be banned in the busiest squares and streets. Schools will remain open until the holidays on December 19.

“I will be honest with you, it will probably not be easy, but we will try,” said the German Chancellor at a press conference.