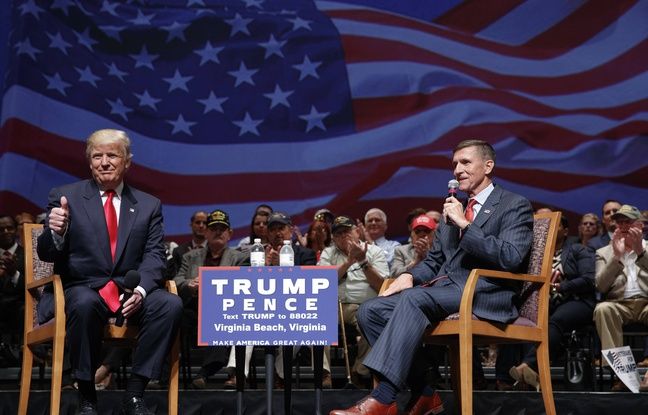 Michael Flynn can say thank you to Donald Trump. The US president announced Wednesday that he had granted a pardon to his former National Security adviser, the first of his relatives to be implicated in the Russian investigation. But, while the Americans voted for a change of president, the gesture qualified as “abuse of power” does not pass with the Democrats.

The 61-year-old former general pleaded guilty in 2017 to lying to federal police about his contacts with a Russian diplomat. His sentence had never been pronounced because of many twists in this extremely politicized case. Donald Trump has finally decided to put a definitive end to it, using his right of pardon before leaving the White House on January 20. “It is my great honor to announce that General Michael Flynn has been granted complete pardon,” he tweeted.

“Corrupted to the core”

“Donald Trump has regularly abused his power to reward his friends or protect those who covered him up,” immediately denounced the elected Democrat Adam Schiff, who heads the House of Representatives’ Intelligence Committee. “Unsurprisingly, Trump is going as he came: corrupt to the core,” he said again. The leniency of the president “puts an end to political and relentless pursuits of an innocent man”, on the contrary justified the spokeswoman of the White House, Kayleigh McEnany, by presenting Michael Flynn as “victim” of a “coordinated attempt to overthrow the 2016 election”.

Donald Trump, who still refuses to recognize the victory of Joe Biden in the presidential election, has always accused the Democrats of having orchestrated the investigation into the suspicions of an agreement between Moscow and his campaign team because they had not , according to him, digested their defeat in 2016. This sprawling investigation poisoned the first two years of his mandate before concluding with an absence of evidence of collusion, but six of his collaborators were indicted on various charges by the investigators.