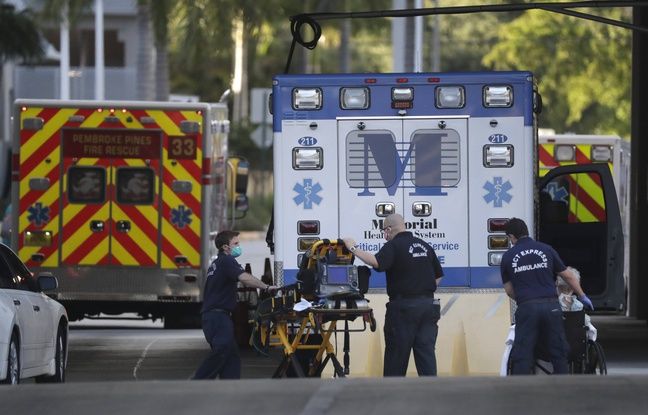 The heaviest toll of the past six months. More than 2,400 people have died from Covid-19 and nearly 200,000 new cases have been recorded in the past 24 hours in the United States, according to data from Johns Hopkins University released on Wednesday.

This is the second day in a row that the 2,000 daily death mark has been crossed. The last time the daily death toll exceeded 2,400 in one day was in early May, at the height of the health crisis in the United States.

The virus in “exponential” phase

Faced with this new outbreak of the epidemic, which is in an “exponential” phase in the United States according to health authorities, many states have, one after the other, reimposed restrictions despite the arrival of the holiday season.

Thanksgiving is a big family celebration in the United States, more important than Christmas for many, where friends and families gather around the traditional stuffed turkey. Without going so far as to ban travel, the American Centers for Disease Prevention and Control (CDC) had for the first time called on Americans not to travel for this holiday.

But images of millions of Americans traveling through crowded airports in Chicago, Washington, and New York have fueled concerns. “This year, we call on Americans to renounce many traditions that have long made this holiday so special,” President-elect Joe Biden said Wednesday in a speech from his hometown of Wilmington, Delaware.

“But this year, we will stay at home,” asserted Joe Biden, who promised to tackle the epidemic from the first day of his mandate, on January 20. The United States, which is the country most affected by the pandemic in absolute figures, has a total of more than 12.7 million cases, and 262,080 deaths.

Share
Facebook
Twitter
Pinterest
WhatsApp
Previous article
After the failure of SoNantes, did the new local currency Moneko learn from the mistakes of the past?
Next article
Leisure professionals create a “family box” to save their business