Macron sows trouble by showing his support for President Tebboune 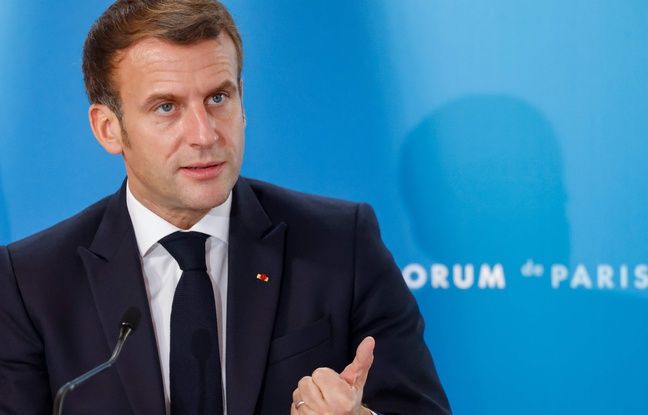 The French president addressed words of support to his Algerian counterpart, a Head of State whom he considers “courageous” and intended to ensure the “stability” of the country. These words of Emmanuel Macron crumpled a fragile diplomatic relationship between France and Algeria, pointing the political opposition and the Algerian media.

The French president told the weekly Young Africa that he will do everything possible “to help the president [Abdelmajid] Tebboune ”, deeming him“ courageous ”, while his counterpart remains contested in the streets and at the ballot box. “Interference”, “neocolonialism”, Emmanuel Macron believes himself “authorized to distribute certificates of legitimacy”, immediately deplored opposition parties and activists of the popular protest movement “Hirak”.

Activists and opponents targeted by the authorities

In a vitriolic letter published on his Facebook account, the opponent Karim Tabbou, central figure of the Hirak, spoke to him directly. “In the name of what value, what morality and what democratic principle, can you justify your guarantee to an arrogant power which imprisons journalists, flouts public freedoms and subjects justice to its diktat”, he insisted.

Born of an immense dissatisfaction with Algerians, the Hirak pushed for the resignation of President Abdelaziz Bouteflika in 2019, after 20 years of autocratic rule, and calls for a profound change in the “system” in place since independence in 1962. So far in vain. The Algerian authorities have been targeting activists, political opponents, journalists and Internet users on a daily basis for months, increasing the number of arrests, legal proceedings and sentences, in order to prevent a resumption of the movement, suspended by the Covid-19 crisis.

Paralyzed for historical reasons by the relationship with Algiers, French diplomacy calibrates each declaration to the millimeter in order to spare all susceptibilities towards the former colonial power, at the risk of often appearing very cautious about human rights.

In the relationship with Algiers, “you have to choose your words carefully”, “President Macron has unfortunately chosen them poorly, they are clumsy and counterproductive”, believes Hasni Abidi, director of the Center for Studies and Research on the World Arabic and Mediterranean in Geneva. “One has the impression that he does not recognize what is happening, that he supports a power discredited by the population and minimizes the reach of the popular movement,” he adds.

Behind the scenes, a close friend of the Head of State denies any position taken against Hirak – “he remains extremely sensitive to what is happening in Algeria”, he says – and notes above all a “demonstration of friendship towards the Algerian people and their president ”in the midst of a health crisis. Some also want to see a hand extended from France to President Tebboune in the face of part of the military hierarchy.

Badly elected in December 2019, Abdelmadjid Tebboune suffers from a lack of confidence confirmed by a historic abstention during the constitutional referendum of November 1, his flagship project, and has been removed from power for a month, hospitalized in Germany because of Covid. “Everyone does not necessarily have an interest in his success”, he is not immune to “dismissal by the military”, note some commentators in Paris like Algiers.

A regime in uncertainty

The absence of the president has raised the specter, for many Algerians, of the vacancy of power during the hospitalizations abroad of Abdelaziz Bouteflika after his serious stroke in 2013. “All this recalls the humiliation of the reign of Bouteflika, the fourth term, the support of France also for this reign, ”observes Brahim Oumansour, researcher at the Institute of International and Strategic Relations (Iris) in Paris.

“Supporting Tebboune at the moment, when there are uncertainties about the future of his presidency, is taking a risk,” he analyzes. In the end, according to him, by sparing Algiers, France remains above all anxious to preserve its interests, starting with security cooperation in the Sahel.

President Macron did outline in his interview a criticism of the Hirak repression – “there are also things that are not in our standards and that we would like to see evolve”, he said – but his words, very cryptic, have gone unnoticed. “Even if we were silent we would interpret the silence!” With Algeria, it’s always “I love you, me neither”. Finding relevance is never easy, ”summarizes a French government official.