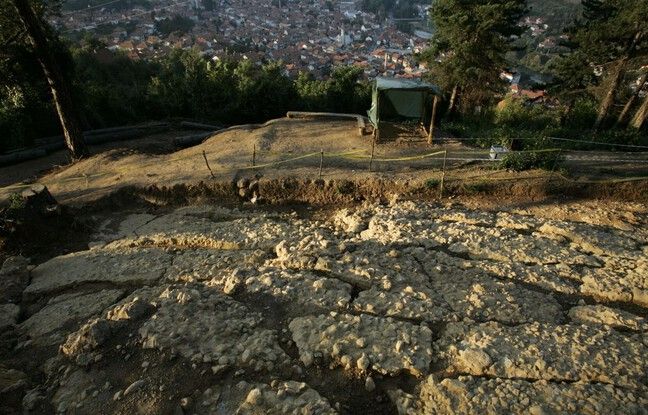 Its promoter proclaims it: Bosnia has a “pyramid” and it is “larger than that of Cheops” in Egypt. She even loves visitors convinced that they will be revitalized or even healed by her mysterious energy, world tennis star Novak Djokovic even seeing it as a “paradise on earth”. Like so many others, the wooded hill overlooking the village of Visoko, near Sarajevo, is absolutely not a pyramid, archaeologists have long said. As for its “energy tunnels”, they come from an old gold mine.

But Semir Osmanagic, businessman and self-proclaimed explorer who was passionate about ancient civilizations, does not care. Leather jacket and hat à la Indiana Jones, he acts as a guide, receives the media and tirelessly responds to his detractors who accuse him of being an “ordinary charlatan”. He says he clicked in 2005 when he went to Visoko to visit the history museum of this ancient medieval capital. “I saw this hill covered with fir trees and vegetation, its faces perfectly oriented towards the cardinal points”. “It was obvious to me that it was not a natural hill but a construction” carried out by a “technologically superior” civilization, continues the sixty-year-old who was an entrepreneur in the United States.

To believe it, it has nothing to envy to the great pyramid of Giza, marvel of ancient Egypt: “220 meters high, against an initial height of 146 meters for that of Khufu, it is the most largest and oldest pyramid in the world, ”on a site that has no less than six in total, he says.

As early as 2006, international scientists had expressed the greatest doubts about the veracity of his statements. In a letter to the Bosnian authorities, European archaeologists denounced the “support” granted to a “cruel hoax” which “has no place in authentic science”. But that didn’t stop him from carrying out what he called “archaeological digs” on the hill with hundreds of volunteers from abroad.

Novak Djokovic “regenerated” by his visit

Semir Osmanagic bought a nearby piece of land, cleared underground galleries there and created his “Bosnian Pyramid of the Sun Foundation”. Each year thousands of people flock there, mainly from the Balkans, despite a relatively high cost, five Bosnian marks (2.5 €) for the “pyramid”, five other marks for the “energy tunnels”, tariff multiplied by four for foreigners.

When he went there in July and October to recharge his batteries, Serbian Novak Djokovic, number one in world tennis, revived the enthusiasm for this site, affected like others by the coronavirus pandemic. “The start of the season has been catastrophic, but since Djokovic came here, it’s been happiness,” said Nermin Alihodzic, 47, who sells pieces of quartz, a mineral common in the region, to customers. multicolored mini-pyramids. The tennis player explained that he felt “regenerated” by his visit. “I know that there are a lot of doubts, dilemmas about the authenticity” of the place but “in order to fully understand what is happening here (…) you have to come”.

The Covid-19 pandemic, a plot for Osmanagic

Everything can be explained, according to Semir Osmanagic, by the “constant electromagnetic wave of 28 kHz” detected by “experts” at the top of the “pyramid” and an “average concentration of 35,000 negative ions per cubic centimeter” in the tunnels. There, “our organization has no enemies”, asserts the owner, who also judges that the pandemic is a “conspiracy” and refuses to wear the mask as many visitors. He cites examples of miraculous cures of people with high blood pressure, diabetes, or even cancer. He just warns: “Our foundation does not heal, we do not give guarantees”.

In this country where the health care system is failing, even more during the pandemic, the place turns into a beehive every weekend. Enver Imamovic, professor emeritus at the University of Sarajevo protests: “Everything that one says about the” pyramids “is absolutely unacceptable”, says the archaeologist. The boulders on the hill are natural “geological formations”, he continues. Likewise, the galleries belonged to an “old gold mine from Roman times”.