Thousands of women took to the streets of Bogota to express their rejection against sexist violence and to call for legal, free and safe abortion as part of the commemoration of the International Day for the Elimination of Violence against Women.

The traditional purple wave was also dyed green because the country is going through a decisive moment in which the Constitutional Court debates whether or not to remove abortion as a crime from the Penal Code so that it stops being persecuted.

The march was led by an ambulance carrying photos of victims of femicide and the protesters sang songs such as “Song without fear”, By the Mexican Vivir Quintana, and they chanted for the fall of the patriarchy.

They also carried signs that said “Abort the patriarchy”Or that they remembered the thousands of victims of femicides that have occurred in the country in recent years.

A DIFFICULT YEAR FOR WOMEN

According to the Femicide Observatory Colombia, of the Antimilitarist Feminist Network, so far in 2021 526 crimes of this type have been perpetrated and June was the deadliest month with 62 cases.

Likewise, the department with the most registered femicides is Antioquia, in the northwest of the country and whose capital is Medellín, with 95.

On the other hand, the Feminicide Foundation Colombia, for its part, the number of victims of this crime in the country between January and last August was 200, an increase of 17.65% compared to the same period in 2020, when there were 170 cases.

Protesters march during a protest to mark the International Day for the Elimination of Violence against Women, in Bogotá, Colombia. (Photo: REUTERS / Luisa Gonzalez). (LUISA GONZALEZ /)

Meanwhile, figures from the Institute of Legal Medicine show that 5,644 women were victims of sexual violence and 23,679 of intimate partner violence between January and October, numbers that far exceed the data for the same period of the previous year when they were 12,850 and 22,151. respectively.

For Laura Torres, who is part of the group Somos un Rostro Colectivo, Colombian women are living a “heartbreaking situation” and that is why the demonstrations on Thursday include “relatives of many of those victims who are still demanding justice.”

“Like every November 25, we get together to tell the State and the National Government that we need them to guarantee us the right to a life free of violence from all possible efforts. They are killing us, they continue to kill us and nothing happens, ”he told Efe.

WAITING FOR THE COURT

On Colombia Abortion is only allowed in three causes: when the mother’s health or life is at risk, when it is the result of rape or incest or if there is a malformation of the fetus, and in the rest of cases it is punishable by up to four and a half years jail.

Despite this, it is the fourth cause of maternal mortality in the country, and it is estimated that of the 400,000 carried out in Colombia per year, less than 10% are carried out in health institutions with proper controls. 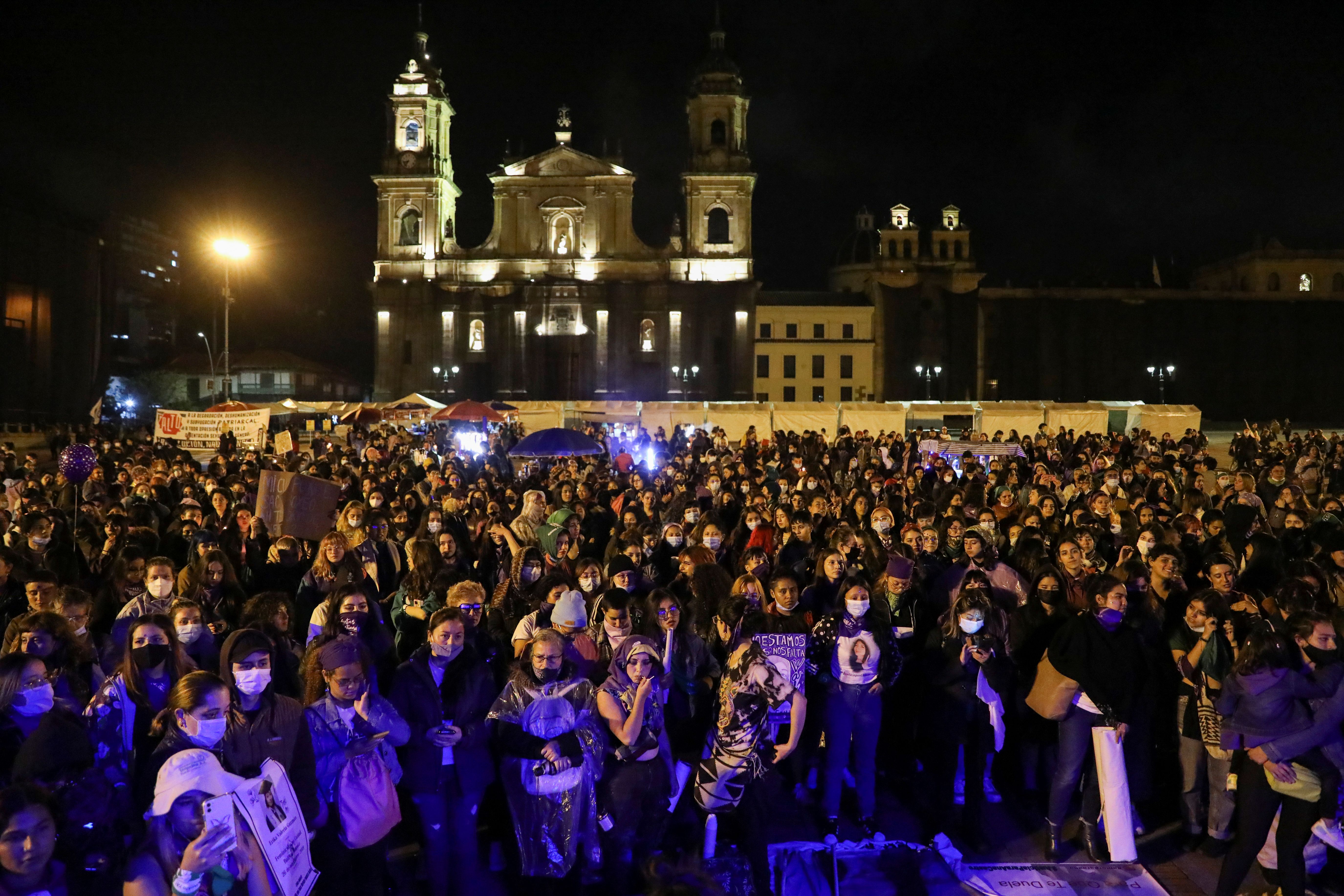 Protesters participate in a protest to mark the International Day for the Elimination of Violence against Women, in Bogotá, Colombia. (Photo: REUTERS / Luisa Gonzalez9. (LUISA GONZALEZ /)

On November 18, the Constitutional Court suspended the expiration terms of the abortion debate and postponed the decision on its decriminalization.

Faced with this situation, one of the protesters’ stops, who began the march in the Ciudad Jardín neighborhood, in the south of Bogotá, will be the headquarters of the Constitutional Court, where they will ask the Court to decriminalize abortion.

“We are telling the Court that we need it to give that answer to women. We have been demanding it and asking for it for decades and we cannot continue in a state that criminalizes women who decide to go free (…) to make a decision about their bodies “Torres assured.

Share
Facebook
Twitter
Pinterest
WhatsApp
Previous articleThe iconic image of Messi, Mbappé and Neymar after walking on the grass during Manchester City vs. PSG
Next articleMarcelo Gallardo and a dedication to heaven: the conquest of the title that he lacked with River on a special date

The member countries of the World Health Organization They will hold an exceptional meeting in Geneva starting Monday to...

The sad life of the smartest man in history

By the age of 9, Blaise Pascal had already written a treatise on mathematics. Mozart was five when...

Netherlands seeks 5,000 people from Africa to be tested for coronavirus

The Dutch authorities are trying to locate some 5,000 people who arrived last week from a country in southern...

The member countries of the World Health Organization They...
World

The sad life of the smartest man in history

By the age of 9, Blaise Pascal had already...
World

Netherlands seeks 5,000 people from Africa to be tested for coronavirus

The Dutch authorities are trying to locate some 5,000...
World