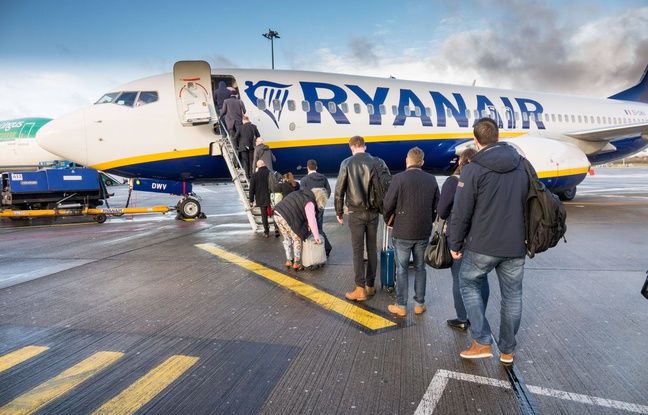 She was accused of leading to “irresponsible” behavior. An advertising campaign encouraging Britons to jump on a plane once vaccinated against the coronavirus has been stopped by the airline Ryanair.

The British Advertising Regulatory Authority (ASA), which ordered the campaign to be stopped, said it had received 2,370 complaints about advertising broadcast since the end of December on television. This is the third most criticized advertisement from the ASA of all time.

Book a flight for Easter and summer

The advertisement was broadcast first between December 26 and January 3, then from January 4 in the same form but communicating on different rates. The campaign urged Britons to book a flight for Easter and summer after they received the vaccine, with the message ‘jab and go’, while showing young people enjoying their vacations. holidays.

The complaints centered on the advertising pretending that he was already certain that he could travel without restrictions in the summer. The ASA thus estimated that faced with a “complex and constantly evolving” situation, advertisers should exercise “caution”. “We told Ryanair to make sure their ads don’t mislead those who view them about the impact of Covid-19 vaccines on the ability to travel and don’t encourage irresponsible behavior,” according to the report. regulator.

Ryanair will comply with the decision

For its part, Ryanair has announced that it “disagrees” but will comply “with the baseless decision of the ASA”. The airline says its advertising “is both factual and fair” in promoting reservations while assuming vaccines arrive for Easter and summer, “which is exactly what Prime Minister Boris Johnson confirmed “.

This is not the first time that Ryanair has suffered a sanction. Last year, the ASA banned advertisements broadcast by the low-cost carrier in September 2019 that were deemed misleading about CO2 emissions.

We can’t stop Benjamin Bonzi, victorious in the Open Blot

“What more should I have done?” “… Koeman annoyed after Barça’s draw at home against Granada