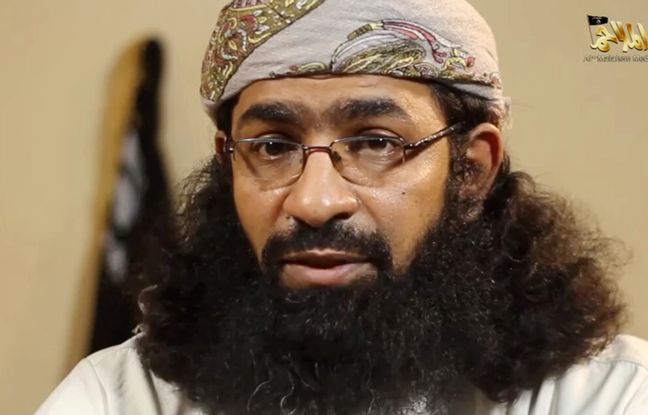 The leader of Al Qaeda in the Arabian Peninsula (Aqpa), Khalid Batarfi, was arrested last October in Yemen, where this jihadist group considered particularly dangerous by Washington is well established, indicates a UN report released on Thursday .

According to this report to the United Nations Security Council, Khalid Batarfi, known as Abu Miqdad el-Kindi, “was arrested in October during an operation in Gheïda (Mahra province), which also resulted in the death of the commander. second, Saad Atef el-Aoulaqi ”.

First official confirmation of this arrest

The document does not specify by whom Batarfi was captured, nor what has become of him since. However, this is the first official confirmation of this arrest, mentioned in October in “unconfirmed information” by the SITE Intelligence Group, according to which this capture was carried out by the Yemeni security forces.

Batarfi, who is said to be in his 40s, took over as head of Aqpa in February 2020 after the death of former group leader Qassem al-Rimi, killed in a US airstrike in Yemen.

Created in 2009, Aqpa is considered by the United States as the most dangerous branch of the jihadist network. It took advantage of the chaos caused by the ongoing war since 2014 in Yemen between rebels and power to strengthen its grip in the south and southeast of the country. The organization has carried out attacks in Yemen in recent years against both Houthi rebels and government forces.

A network losing its influence …

Aqpa also claimed responsibility for attacks in the United States and Europe, including that of the headquarters of the satirical weekly Charlie Hebdo in Paris in 2015, which left 12 dead, and a shooting that killed three in 2019 at a naval air base. American in Florida.

Since 2017, the United States has stepped up attacks against this group. According to experts, the network has lost its influence today.

“In addition to the losses caused within his command, Aqpa suffered an erosion among its ranks, due to dissensions and desertions, led mainly by one of the former lieutenants of Batarfi”, thus indicates the UN report.

But a “constant threat”

The document warns, however, against “the constant threat” that continues to pose this jihadist group in Yemen. He mentions in particular a “major attack” which left several dead in Lodar, in the province of Abiyan, despite “the relative peace and quiet following the capture of Batarfi”.

US President Joe Biden on Thursday announced the end of “support” and “arms sales” for the Saudi-led military coalition in Yemen, which has for years carried out offensive operations against the Houthi rebels.

Tens of thousands of people, mostly civilians, have been killed and millions more have been displaced during this war, which according to the UN has caused the world’s most serious humanitarian disaster.

President Biden’s national security adviser has clarified that the US military will continue its targeted operations against Aqpa in Yemen.

Roma children contaminated with lead in a slum

France Télévisions is preparing a series with Amazon