Alexeï Navalny once again in court for defamation 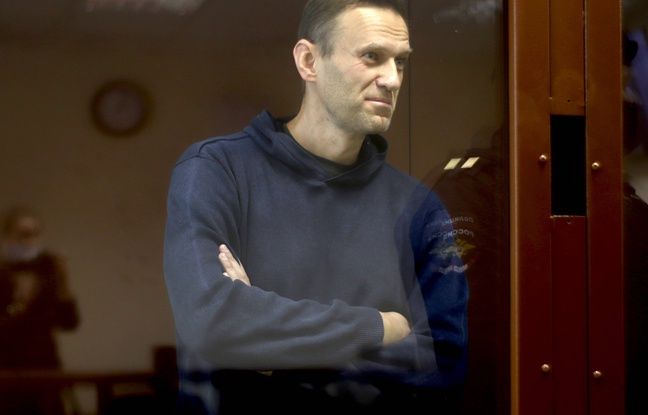 And two! Only three days after his trial for “violation of his judicial control”, during which he was sentenced to two years and eight months in prison, the Russian opponent, Alexeï Navalny returned to court in Moscow on Friday. He is appearing this time for defamation and is accused of disseminating “false” and “offensive” information about a pro-Putin World War II veteran.

Ahead of this umpteenth trial, the anti-corruption activist called on his supporters on Thursday to “overcome fear” and “free” Russia from the “thieves” in power. While denouncing “a political accusation”. Alexeï Navalny risks a heavy fine, or even, once is not customary, of the firm prison.

His conviction, announced on February 2, sparked numerous protests, giving rise to a “brutal repression” denounced by several NGOs, Russian media and Western capitals. In total, some 10,000 arrests – a record in recent years – took place that day, punctuated by police violence.

Moscow also declared on Friday persona non grata diplomats from Germany, Poland and Sweden accused of having participated in a demonstration in favor of Alexei Navalny.

“It’s Putin’s revenge against me”

The activist has once again accused the Kremlin of wanting to silence him after he survived a poisoning attempt this summer for which he holds Russian President Vladimir Putin responsible. “The manifest illegality that strikes me since I got off the plane is Putin’s revenge against me. Because I survived and dared to come back, ”he said.

Alexeï Navalny was arrested in Moscow on January 17, upon his return to Russia, after five months of convalescence in Germany.

“It is not even a contentious penalty, it is an aberration”, Jean-Michel Aulas reassembled on the action of Neymar

Gabby Petito victim of a “homicide”, her fiancé nowhere to be found