With the pandemic, sexual mutilation on the rise and a taboo that continues in France 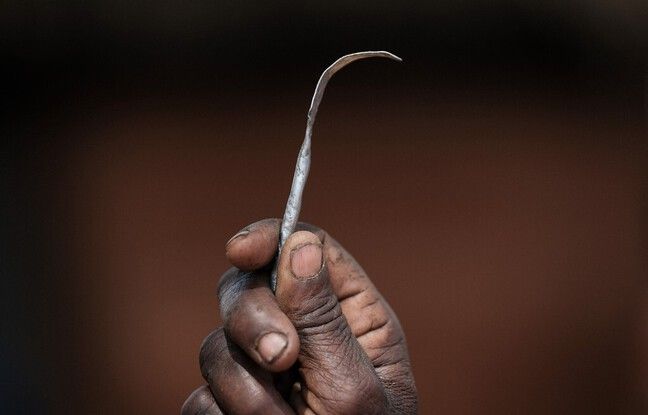 This is another side effect of the global pandemic that we hear very little about. According to several observers, genital mutilation among women and girls has experienced a sharp increase in the world since the start of the health crisis. “Unlike Ebola, which allowed a clear decline, the Covid has created a sharp increase in the phenomenon”, observes Isabelle Gillette-Faye, sociologist and director of the GAMS federation.

There would be several reasons for this. “With the closure of schools, excisions and forced marriages are the solutions found so that little girls do not hang out in the streets,” she fears. We risk having one or two million more cases than expected by 2030. “” Due to the economic slowdown, excisors carry out these harmful subsistence activities, also alerts the association Plan international in Somalia. They go door to door to sell their services. “

While 200 million women are today victims of this partial or complete removal of the genitals, the Covid has only accelerated a practice which, although ancestral and prohibited in many countries, is far from being eradicated. In France too, the figures are on the rise, with estimates that have doubled in ten years, from 60 to 125,000 women, in particular due to the feminization of the migrant population, explained a 2019 study.

“Before, we spoke of Mali, Senegal or Mauritania, now there is Sudan or Eritrea, continues Isabelle Gillette-Faye. But we have to get out of the stereotypes because a little girl arriving from Iraqi Kurdistan, Indonesia or Pakistan is also at risk … Let us remember that excision is practiced on four continents out of five, that it is not dictated by any religion but by the objective of controlling the body of women. “

With the exception of February 6, international day against genital mutilation, speech is struggling to be released. If excision is harshly punished in France (and this even if the act is, as often, practiced in another country) and a plan has been launched by the government, awareness and support still seem insufficient. . “There is nothing in the textbooks when it is imperative to talk about it,” believes Fatoumata Gassama, a student from Nantes who has set up a traveling exhibition for adolescents. It is sometimes seen as commonplace when it is a real trauma. “

A taboo to be lifted which would allow easier orientation towards health professionals, who are gradually starting to take charge of these patients. Created in 2016 in Saint-Denis, the Maison des femmes, for example, carried out around 100 repairs to the clitoris in 2020 (an operation paid for by Social Security), accompanied by psychological monitoring.

In Loire-Atlantique, the departmental council decided to organize, Thursday, a seminar attended by some 200 professionals to try to move forward on this question “still too confidential”. Family planning 44, which increasingly accompanies women who seek asylum because of a risk of sexual mutilation, intends to organize training days and it was decided to create a real “network”, so that no Any general practitioner, school nurse or educator knows who to contact if in doubt.