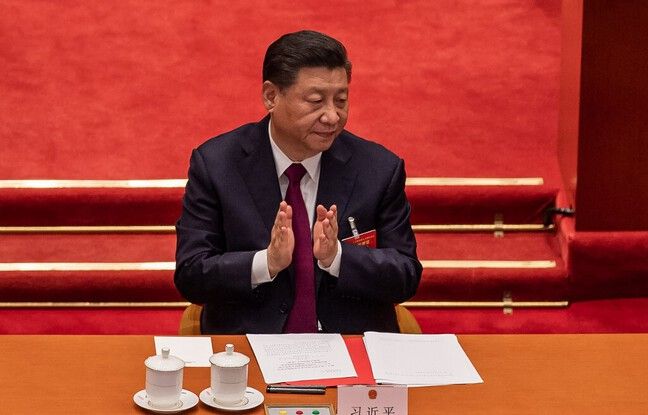 Chinese President Xi Jinping denounced this Friday in front of Emmanuel Macron and Angela Merkel the “trade barriers” built in the name of climate change, at a time when a carbon tax is under consideration in the European Union (EU).

The Chinese Head of State, the French President and the German Chancellor exchanged videoconference on climate and health issues ahead of several important international meetings on these issues.

A common struggle but not geopolitical according to China

The first of these will be the virtual climate summit scheduled for April 22 and 23 at the initiative of US President Joe Biden. Xi Jinping has not yet confirmed his participation in this event.

“The response to climate change is the common cause of humanity,” the Chinese president said Friday to his interlocutors, according to a report of his remarks by public television CCTV. “It must not become a geopolitical issue, the target of attacks from other countries or even a pretext to build trade barriers,” he continued.

Will the carbon tax take place?

The European Commission will propose its own text by June before submitting it to member states. The mechanism would enter into force by 2023. Xi Jinping also reiterated on Friday his major climate promises: China, the world’s leading emitter of greenhouse gases, will begin to reduce its CO2 emissions “before 2030” and will succeed in here 2060 to “carbon neutrality”.

“China will do what it says, and what it does will achieve its objectives,” the Chinese president pledged. Championing poor countries, Xi Jinping called on developed economies to “lead by example in reducing emissions” and “provide financial and technical support” to developing nations in the face of climate change.

For its part, the Elysee simply indicated that the two European leaders “expressed their expectations vis-à-vis China for a more ambitious objective” of reducing greenhouse gases. But this meeting was not the place to discuss issues negotiated at EU level, according to Paris.

“Angela Merkel insisted on the Euro-Chinese economic relationship, where we have expectations in terms of reciprocity and fair conditions of competition”, however indicated the Elysee.

The two European leaders also “insisted on the need” for China to reduce its funding to large carbon projects. Regarding the treatment of Uyghurs and the situation in Hong Kong, Paris assured that France systematically “asks” China to move forward “on the issue of human rights and the ratification of the Convention. International Labor Organization.