“You are not alone”, assures Queen Elisabeth to the British 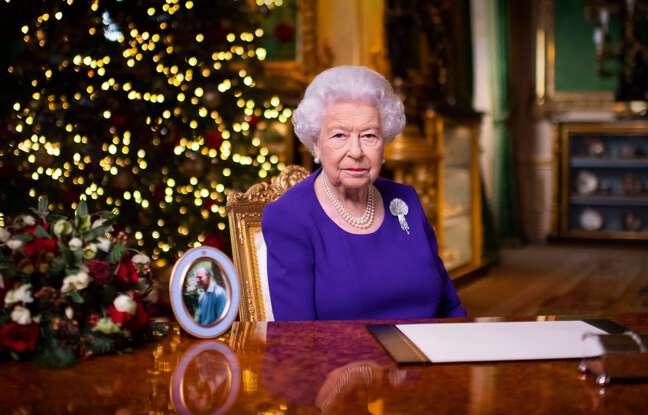 A merry Christmas… Queen Elisabeth II worked this Friday, during her Christmas address, to instill hope, present “even in the darkest nights”, to the British, hard hit by the pandemic. “For many, this year is marked by sadness: some mourn the loss of a loved one, others miss friends and family, while they would like for Christmas a simple hug or pressure of the hand”, noted the 94-year-old sovereign. “If this is your case, you are not alone,” she assured.

The novel coronavirus pandemic has claimed around 70,000 lives in the UK, one of the worst tolls in Europe. The recent worsening, linked by the authorities to a new more contagious strain, has led the government to cancel in extremis the authorization given to families to meet for Christmas in many regions.

Elisabeth II salutes the “good Samaritans who have emerged in society”

The Queen herself has given up on going to her residence in Sandringham, Norfolk (eastern England), where she has spent Christmas with her children and other royals for over thirty years. She stayed at Windsor Castle near London with her husband Prince Philip, 99. “We cannot celebrate the birth (of Christ) as usual (…) but life must go on”, assured Elisabeth II. She noted the example of those who volunteered to help the most vulnerable, caregivers and “Good Samaritans who have emerged in society.”

“We continue to be inspired by the kindness of strangers and find comfort in the fact that even on the darkest nights there is hope,” she said. “In the UK and around the world, people have responded beautifully to the challenges of the year, and I am proud and moved by this silent and indomitable spirit,” she said.

A Christmas unlike any other

During the spring confinement, when the government’s handling of the crisis was criticized and Prime Minister Boris Johnson himself was infected with Covid-19 and hospitalized, the queen had spoken to the British twice, this that she has done only exceptionally outside of her Christmas addresses during her 69-year reign. His son Charles, the heir to the throne, 72, spent Christmas with his wife Camilla in Scotland.

Apart from the pandemic, the year has been eventful for the British royal family, shaken by the withdrawal of Prince Harry and his wife Meghan, who left for California. Prince Andrew, second son of the queen, was also splashed by his ties of friendship with the late American financier Jeffrey Epstein. American investigators have said they want to question him in connection with this scandal of trafficking in minors.

Share
Facebook
Twitter
Pinterest
WhatsApp
Previous articleThe British army mobilized to test the trucks stranded around the port of Dover
Next articleRape, the Indian outburst with the Red Brigades, the doc in 2 minutes from Saturday