Youth employment, bonus for the “second line”… The government is taking its time to manage the way out of the crisis 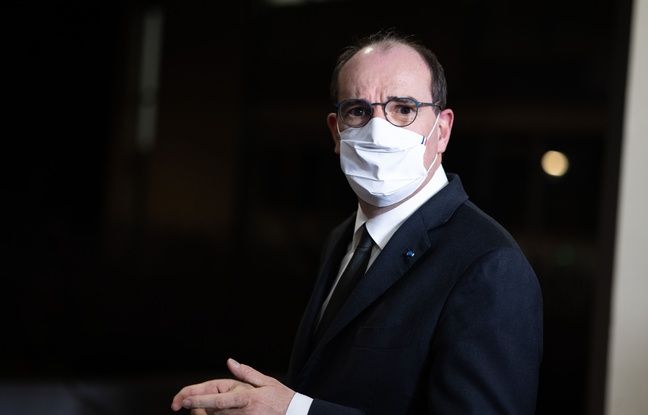 Consider replanting trees while the forest fire is not extinguished. This is the current government balancing act, which brought together the social partners on Monday to talk about “out of the crisis”. A theme that may seem shifted, as the health situation is worrying: more than 4,000 people infected with Covid-19 are currently in intensive care. A quarter of them are hospitalized in Ile-de-France, where the question of re-containment is becoming more and more pressing. Not to mention the vagueness around the AstraZeneca vaccine, temporarily suspended after Emmanuel Macron’s statement.

Despite these red flags, the executive wanted to talk about the long time. “It may seem paradoxical,” agreed Jean Castex, in a brief statement at the end of the conference. But, he immediately added, “it is an absolute necessity to prepare for the way out of the crisis”. The social partners and the State thus exchanged on “the way to gradually disarm (the) support systems for companies and employees [indemnisation du chômage partiel, fonds de solidarité…] as we return to normal ”. It will not be for now: the executive wants to devote a new “consultation” to it, again with the social partners, before any announcement.

Indeed, as France is still in the Covid tunnel, the policy of “whatever the cost” will not stop overnight. And rather than evoking “the after”, the executive has mainly focused on the “now” in its communication. Youth employment thus remains the “priority”, assured the Prime Minister. With this in mind, two incentive schemes for the hiring of people under 26 will therefore be extended, with adjustments.

Until the end of March, companies will still be able to benefit from a bonus of 1,000 euros per quarter (within the limit of one year) each time they hire a young person on CDD for more than three months or on CDI. On the other hand, from April 1, this aid will only be granted if the starting salary is less than 1.6 Smic (approximately 2,460 euros gross). Then it will be completely deleted at the end of May. A gradual tightening that will save 600 million euros compared to the assumption of total maintenance of aid.

On the learning side, nothing changes until the end of the year. Companies will still be able to benefit from aid ranging from 5,000 to 8,000 euros for work-study programs. The executive wants to ride on the success of the device in 2020, with nearly 500,000 requests identified.

A Macron bonus … not compulsory

The government also wanted to send a message to workers on the “second line” (construction, road transport, supermarkets, cleaning, home help), who were in great demand last year to ensure the continuity of economic life. The “Macron premium” will therefore make a comeback, and it will be open to all companies, regardless of their sector. All employers will be able to pay 1,000 euros to their employees, an amount that will not be subject to tax or contributions. “The workers of the” second line “will have to be the privileged beneficiaries”, assured the Prime Minister on Twitter.

A wishful thinking, as the CPME (small and medium-sized enterprises) recalled at the end of the conference: “Many economically fragile companies will not be able to distribute this premium. Which, let us remember, will in no way be compulsory ”.

So much for the basics. For the rest, several subjects – which annoy – of the post-crisis period were not discussed on Monday. The burning issue of unemployment insurance, contested by the unions, has already been framed upstream.

As for the much contested pension reform, Jean Castex absolutely did not mention it in his statement. In the morning, the president of Medef, Geoffroy Roux de Bézieux, even considered that she was “buried”. “We wait to be out of the crisis before seeing how we organize the site,” tempers a relative of Elisabeth Borne, the Minister of Labor. When the forest is burning, it might not be a good idea to blow on the embers.