Youth in military service kills three soldiers at military base 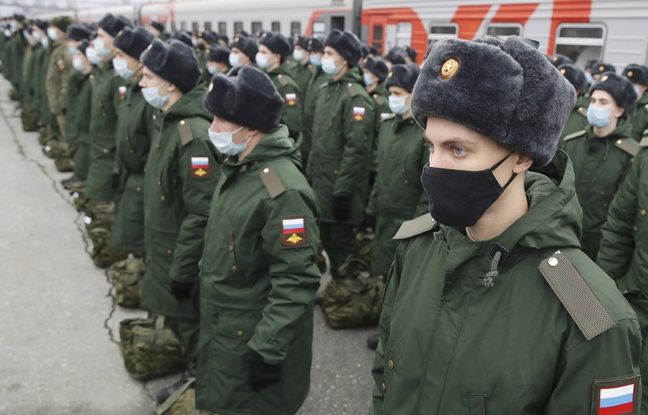 Three soldiers were shot dead at an army base in the Voronezh region in western Russia. The attacker is a 20-year-old conscript, a soldier from one of the base’s squads named Anton Makarov.

Around 5 a.m. on Monday, he attacked and killed an officer with an ax, in order to seize his service weapon and open fire on other soldiers. “Two of them are dead, a third is injured” in addition to the officer killed, said the Investigation Committee.

“Anton Makarov did not leave the scene”

According to a source interviewed by Interfax, the shooting took place on the airfield “Baltimore” near Voronezh, in one of the administrative buildings of the base. Helicopters, drones, riot police and more than 100 members of the National Guard were mobilized to arrest the conscript, according to a source quoted by TASS.

The “hell” of hazing

In October 2019, a Russian conscript killed eight people while opening fire on a Siberian military base, then saying in an open letter that he acted because of the “hell” of hazing he was experiencing in the military.

Military service is compulsory in Russia and lasts for one year for men between the ages of 18 and 27, although a significant portion of the population escapes it through various means. Hazing was one of the biggest problems in the Russian military in the 1990s, although the situation has improved markedly in recent years. According to human rights NGOs, however, hazing rites remain frequent there.

Share
Facebook
Twitter
Pinterest
WhatsApp
Previous articleThe announcement of a 90% effective vaccine sends the European stock market soaring
Next articleThe sale of Christmas trees authorized by the ministry, according to the association of producers