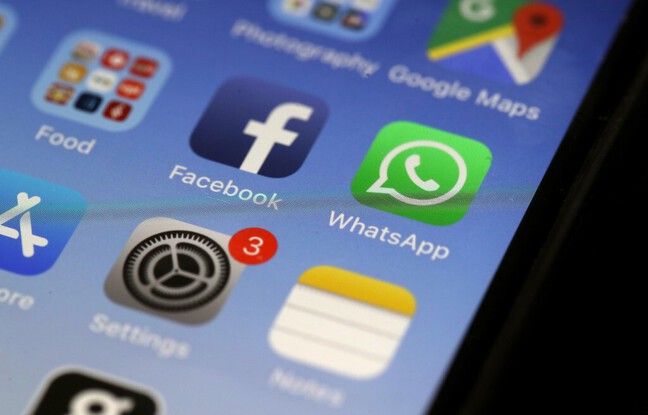 Messenger, Whatsapp or Zoom will have to get up to date. On Wednesday, the European Union approved a project to define stricter rules for the protection of privacy on messaging or video conferencing services.

The ambassadors of the 27 Member States of the European Union approved a compromise proposal – presented by Portugal, which holds the rotating presidency of the EU – on a text blocked since 2017. “The path (…) has not was easy ”, acknowledged the Portuguese Minister for Infrastructures, Pedro Nuno Santos. He said the compromise was “a good balance between a strong protection of the privacy of individuals and the promotion of the development of new technologies and innovation”.

The draft regulation, which must now be negotiated with the European Parliament, updates the 2002 “ePrivacy” directive, which only applied to traditional telecom operators, to take into account the emergence of new players and new electronic communication technologies.

“In general, electronic communications data will be confidential. Any interference, in particular listening, monitoring and processing of data by someone other than the user, will be prohibited, except when this is permitted by the ePrivacy regulation ”, indicates the Council, an institution representing the Member States . Communication data may be used without the user’s consent, for example for the purposes of prosecuting criminal offenses or preventing threats to public security.

Facebook, Google and others may continue to process metadata – information relating, for example, to a call’s schedule and location – if users consent to it and the information is anonymized.

“The agreement in the Council includes improvements to the (initial) proposal but leaves a number of unanswered questions”, reacted Alexandre Roure, of the CCIA, the lobby of the tech giants in Brussels, which mentions in particular that of knowing when ePrivacy rules supersede those of the European Data Protection Regulation (GDPR), in force since 2018.

The proposal for an “ePrivacy” regulation made by the Commission in 2017 had hitherto stumbled over divisions between supporters of strict online privacy protection like Germany, and countries like France to leave a margin of maneuver to the police, in particular for the fight against terrorism.

The text also proposes to allow users to give their consent to a type of “cookies” – trackers of user activity for advertising purposes – once and for all by listing in their settings.

The rapporteur of the European Parliament, the German Birgit Sippel (Socialists & Democrats group) said he feared that the “attempts by the industry to undermine” the text “have borne fruit”. “We must now examine in detail whether the proposals of member states really help to better protect private communications online,” she said in a statement to AFP.