The French economy rebounds by 18.2% in the third quarter 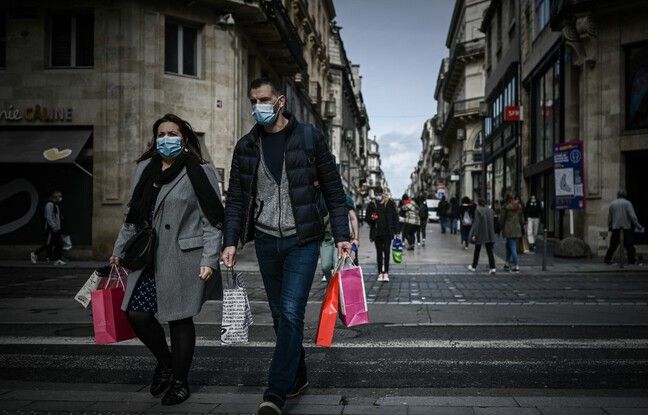 The French economy rebounded sharply in the third quarter after the collapse due to the containment in the spring, with gross domestic product (GDP) showing an increase of 18.2%, according to a first estimate published by INSEE on Friday.

However, it remains “significantly below its pre-crisis level” since it is down 4.3% compared to the third quarter of 2019, specifies the National Institute of Statistics. However, it does not give any updated forecast for the last quarter of 2020 when containment should cause GDP to fall again according to the government.

In the third quarter, the rebound was driven by household consumption, up 17.3%, in particular for goods which experienced “catching-up effects” after containment. However, it remains 2.1% lower than its pre-crisis level, with service purchases still struggling.

Consumption by general government, which is growing sharply, has caught up to its pre-crisis level, while the rebound in investment (+ 23.3%) has not yet made it possible to close the gap by report for the third quarter of 2019, details INSEE.

Finally, foreign trade made a positive contribution to the development of GDP over the quarter, with a sharp increase in exports (+ 23.2%), even if they did not return to their pre-crisis level. “The growth sectors for French exports (aeronautics, international tourism, etc.) are particularly affected by the crisis”, underlines INSEE.

The confinement had collapsed the French economy, with a fall in GDP revised to 13.7% in the second quarter (against -13.8% estimated so far). For the whole of 2020, INSEE expects a 9% recession, with GDP stagnating in the last quarter, but that was before the government’s decision to reconfine the country. The government anticipates, at this stage, a decline of 11% of GDP, but the Minister of the Economy Bruno Le Maire estimated Thursday that the confinement would cause economic activity to fall by 15%.

Alex Valera vs. Emanuel Herrera: Who should be the ‘9’ holder of the ‘U’ this year?

The only good news from the first friendlies and the cream mini tour of Chile (two defeats, four goals...