How the Funeral Cooperative “shook up mentalities” 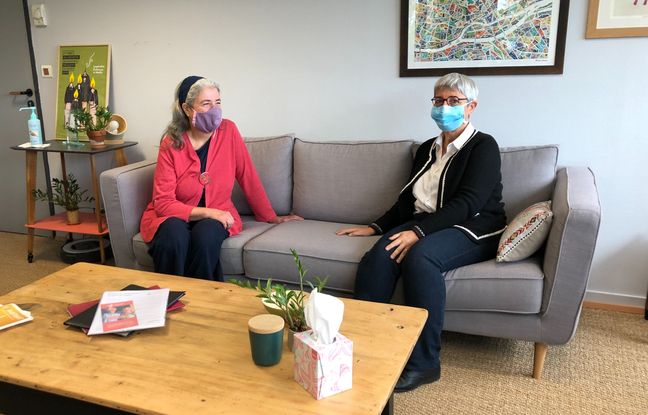 It launched in October 2016 with the idea of ​​“shaking up mentalities”. The Coopérative funéraire de Nantes was the first structure of this type in France to enter the “very competitive” and sometimes opaque funeral directors market. “We were looked at like UFOs. No one thought we were going to last. In addition, three women in a rather masculine environment ”, laughs Brigitte Brodin, one of the three co-founders. Four years later, the Funeral Cooperative, whose premises are based in Orvault, posted a balance sheet deemed “satisfactory”.

With 130 funerals performed in 2019-2020, it has tripled its activity since the start. “This is a small volume compared to the large private operators in the Nantes area. But, for the first time, we are in financial equilibrium ”, indicates Brigitte Brodin.

Competitive rates thanks to “minimal” margins

What especially delights the co-founders and the 750 cooperative members is the feeling of having “met the expectations of families” in terms of support, transparency and environmental protection. Their leitmotif. “We want families to be the actors of their choice. They have the right to know how much they are going to pay and why. We especially do not want to take advantage of their fragility, ”insists Brigitte Brodin.

Despite a longer support period (including after the funeral), the prices are competitive thanks to “minimal” margins and a catalog favoring sobriety. “You don’t have to go into debt to provide a funeral for a loved one,” says Sophie Dronet. And a moderate price doesn’t mean it’s ugly. For coffins, for example, we only offer four models. And no family complained. “

The cooperative is also keen to offer the “most personalized possible” service: ceremony in the heart of nature, Tibetan meditation or a green painted coffin, so many original requests recently honored…. “Of course, not everything is possible. But we try to adapt. When I worked in private funeral companies, we always offered the same protocol, ”says Sophie. The ecological fiber of the company “promotes word of mouth”. Seasonal flowers, local materials, cardboard coffin, used gravestone, limited body care are all part of the possibilities. “The carbon footprint of our death is worrying more and more people,” confirms Sophie Dronet.

Encouraged by the Nantes example, three other funeral cooperatives embarked on the adventure in Rennes, Bordeaux and Dijon. The Nantes company simply hopes to consolidate its activity. And dreams of being able to replace his diesel hearse “with a clean model” and, why not, afford his own funeral home.