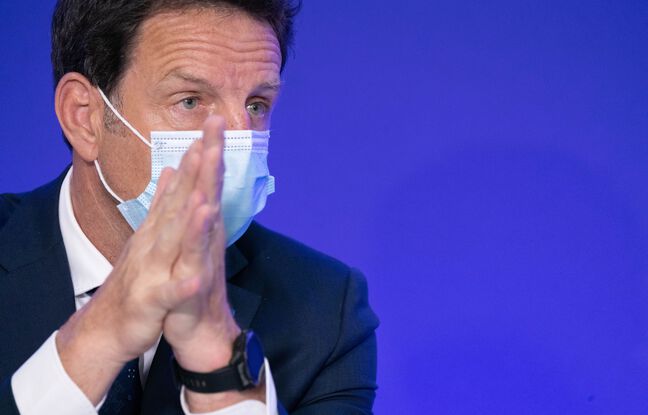 Yes, but. The president of Medef, Geoffroy Roux de Bézieux, demanded this Thursday the postponement to September 30, instead of August 30, of the need to present a health pass for employees of establishments receiving the public concerned by this obligation.

The health pass “is a huge handicap for recovery,” explained the president of Medef in an interview with Le Parisien. You will have, on the one hand, companies that find themselves with suspended employees because they have not been vaccinated, and on the other, a difficulty in hiring. We therefore wish to extend this deadline to September 30. “

Geoffroy Roux de Bézieux globally supports a text, which constitutes “a collective effort measured with subtlety” against the Covid-19, believing that “everything is preferable to confinement”. But he is worried about certain measures, in particular the suspension or even the dismissal of an employee who does not fulfill his obligation of health pass. “I think an employer who is already having trouble recruiting will not lay off. But, if there are layoffs, we ask that the compensation be paid by the State and not by the employer, ”asked Geoffroy Roux de Bézieux, like other employers’ and professional organizations before him.

He also fears that certain sectors, such as catering, will have “difficulty recruiting” if business leaders can only hire people who have been vaccinated. He therefore proposes “to leave, at least, one month of time during which an employer can hire an unvaccinated candidate, with a condition precedent in the contract if the person does not fulfill his commitment to be vaccinated”.

Finally, Geoffroy Roux de Bézieux is opposed to the obligation of a health pass to enter shopping centers. “The risk is creating huge queues for customers. The other problem concerns external stakeholders. It is already difficult to control its employees, so imagine for the delivery men and sales representatives who pass by occasionally! “

Will the boss of the bosses be heard? The government’s health bill against Covid-19 broadening the health pass was indeed adopted at first reading in the National Assembly last night. It will be examined this Friday by the senators.