Juan Luis Guerra in Lima: merengue, romance and faith that made thousands dance while others were left out | CHRONICLE

What was happening inside the Arena Peru was a timid reflection of the chaos outside: problems with the access between areas, the arrangement of the chairs, and even difficulties to get drinks, to the point that beer was more sought after than at the World Cup in Qatar. Despite this, the large LED screens in the venue tried to simulate a summer atmosphere to calm things down. You had to relax and get in tune.

It is not for nothing that it is about the tour called Entre Mar y Palmeras, which brings Juan Luis Guerra and his 4.40 to Lima. The first of two shows that quickly sold out their tickets, which confirms the impressive roots of the Dominican musician in our country: one that can be seen in the diversity of his audience, which groups generations, diverse tastes, religionsand that attracted couples, complete families and a parade of celebrities who will not be named here. And we can keep counting.

At 9:50 at night, after a DJ set, Juan Luis appeared on stage with his habitual demeanor and recognizable from a long distance. The beginning, with “Rosalía”, sets a soft tone before giving way to the more lively “La travesía”. That is the oscillation that defines the entire concert –and Guerra’s complete discography–, alternating the merengue and the ballad, the mambo and the bachata. Perfect modulation of speeds that may be the key to its almost 40 years of experience.

they would follow “The key to my heart”, “It’s worth it”, “Like me”, “Kitipun” and then an intimate moment in which the stage lights go down, Juan Luis picks up the guitar and settles into a chair. “This in the Dominican Republic we call pambiche. A slow meringue that I dedicated to my eternal love, my wife Nora”, says the musician, becoming intimate and affective about his relationship since 1983 with Nora Vega, the woman who has inspired almost all of his love compositions.

After the romantic intermission, people reactivate with one of those effective medleys that the band performs with perfect spirit: “Razones”, “Yesterday”, “Everything happens” and “Love letter” sound concatenated in such a way that nobody stops listening. dance. The one who doesn’t dance much is Guerra (65 years are not fulfilled in vain) but, truth be told, he has never been one of those ‘showman’ of great physical display. His is based above all on a voice that he keeps intact, very clean and well cared for..

“Bicycle Niagara” marks a high point, with an audience hooked on one of his most popular songs. And then, again, it goes up and down, because it follows one of the Christian themes of Guerra. “This I composed for Jesus, my savior, king of kings. For him there is nothing, nothing impossible”, he manifests with evident faith before singing “For you”.

After that, another ‘medley’ that includes several hits such as “La hormiguita”, “Bachata en Fukuoka”, “Bachata rosa” and closes with perhaps the most chanted of the night, “Bubbles of love”, that turned the stage into that metaphorical fishbowl. A break for the singer, who leaves for a moment his orchestra to be in charge of animating the public, and resumes with other classics such as “Visa para un sueño”, the very political “The cost of life”, “I hope it rains coffee ”, the ripiao parakeet “El farolito”, and “Las avispas”, danced until saying enough.

A brief break and the bearded singer-songwriter –winner of almost 30 Grammys, with more than 70 million records sold– resumes for a forceful batch made up of three songs from “Bachata Rosa”, the 1990 album that consecrated him: “To ask for your hand”, the very “Bachata Rosa” and the inevitable “La Bilirubina”, burst and farewell for a show that, although this Wednesday the 23rd repeats the dish, it will surely be missed. 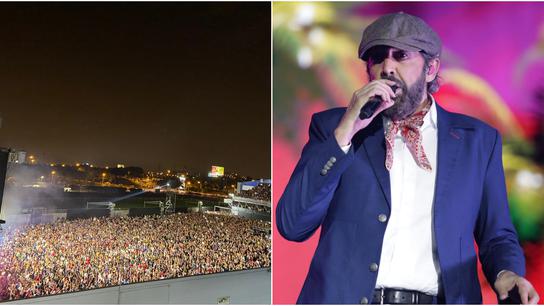 Hundreds of fans of Juan Luis Guerra suffered a rise in ‘bilirubin’ due to the alleged failures of the concert that the Dominican singer performed in Peru, including excessively exceeding the capacity of the ranch, as well as people who were left out of the concert to despite having tickets. (Photo composition with images by @lucia_veran/Twitter and Antohny Niño De Guzmán/El Comercio) 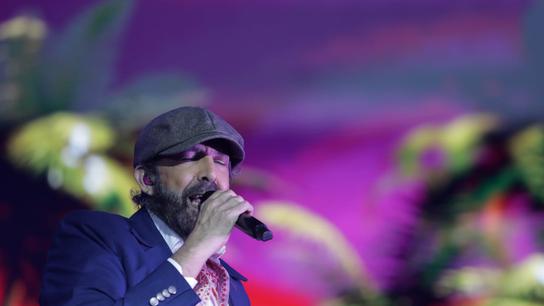 The concert had been highly anticipated by the fans of Juan Luis Guerra and his orchestra at 4:40, as it was the first time that the Dominican singer-songwriter had returned to the country since 2018. So much was the excitement to see him play, that the tickets sold out at few days of going on sale. (Photo: Anthony Niño De Guzmán/El Comercio) 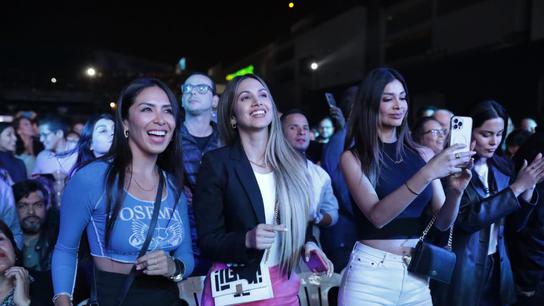 Juan Luis Guerra y los 4.40 played at the Arena Perú, a busy space located in Surco that in recent times has also been the venue for artists such as J Balvin, Avril Lavigne, Louis Tomlinson and more. (Photo: Anthony Niño De Guzmán/El Comercio) 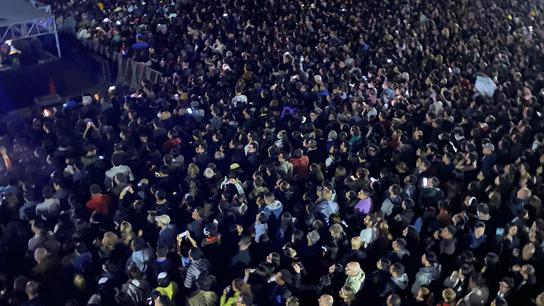 Photographs taken inside the Arena Peru, the venue where the concert took place, show a room completely full of people, giving rise to complaints on social networks from some attendees that the venue’s capacity had been exceeded. (Photo: @unchasqui/Twitter) 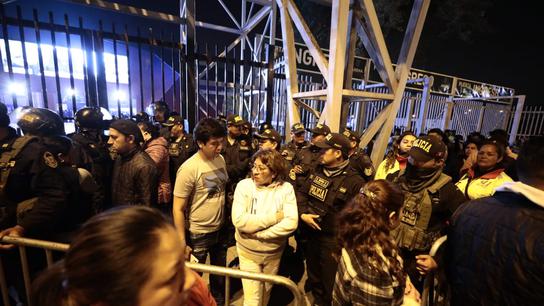 Meanwhile, the outskirts of the venue also saw a crowd of people, with dozens of attendees complaining that they were unable to enter the venue despite having a valid concert ticket. (Photo: Lenin Tadeo / @photo.gec) 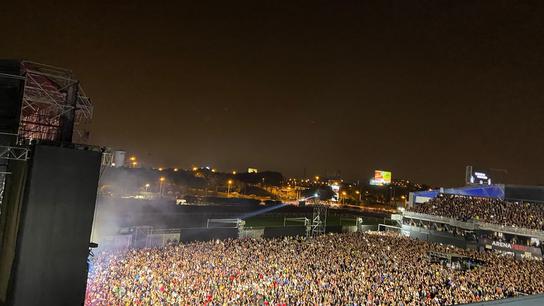 The crowd also led to medical emergencies, with some attendees revealing on social media that people had to receive medical attention after blackouts. This is a sadly common situation in concerts, with the department head of the Lima Center of the General Volunteer Fire Department, Mario Casaretto, revealing to El Comercio that on average between 60 and 70 of these cases occur for this type of event. (Photo: @lucia_veran/Twitter) 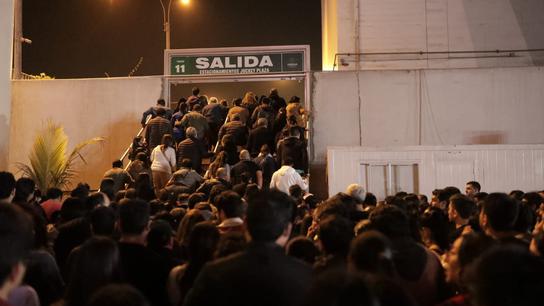 Photos also showed the difficulties getting out of the instance, with thousands of people resorting to congested roads to get to their homes. This is also a sadly familiar situation for residents of the area, one that Surco mayor-elect Carlos Bruce has promised to fix starting January 1. (Photo: Anthony Niño De Guzmán/El Comercio) 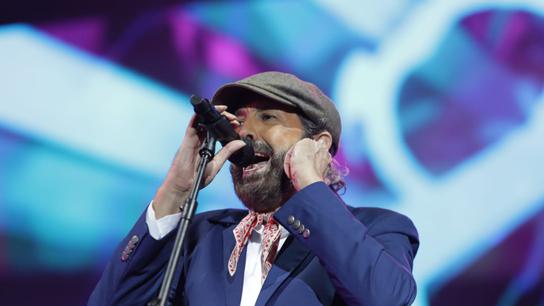 James
I have worked as a journalist for over 10 years and have written for various news outlets. I currently work as an author at 24 News Recorder, mostly covering entertainment news. I have a keen interest in the industry and enjoy writing about the latest news and gossip. I am also a member of the National Association of Journalists.

Today’s horoscope, Friday November 25: This is what the predictions say for your zodiac sign

Horoscope for Friday, November 25, 2022. Know what the...
Entertainment

After the success that Miki Gonzalez With his...
Entertainment

The Argentine singer paulo londra is in a...
Entertainment

Gavilán served in the Los Cabitos 51 barracks in...