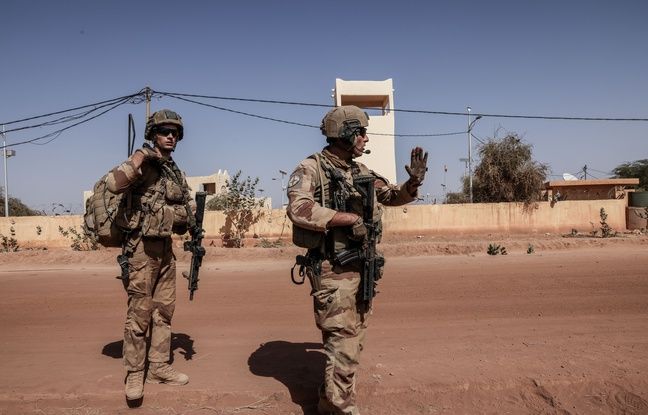 According to Mohamed Bazoum the results are not there. The new president of Niger on Monday described as a “relative failure” the fight against jihadism in his country. Despite this observation, he called on the French force Barkhane to keep its aid at the air level, even in the event of a partial withdrawal.

“We would have liked, in the context of cooperation with the French army, to have better results than we have. This relative failure is the failure of all of us, the failure of the entire coalition, ”explained Mohamed Bazoum in an interview on France 24 / RFI.

A partial withdrawal is not “an abandonment”

Asked about a possible partial withdrawal of the Barkhane force, Mohamed Bazoum assured that he would not feel “this as an abandonment on the part of the French”. “What matters to us is a certain presence of the French air forces which, from my point of view, will be guaranteed regardless of the French troops who will be present,” he added.

The Barkhane force includes troops deployed on the ground but also an important air component, with three Reaper drones, 7 fighter planes and 20 helicopters, according to the latest figures from the French general staff. With 5,100 men, it intervenes in Mali and its Sahelian neighbors, including Niger, against the jihadists.

In France, this long-term military effort in the Sahel raises growing questions, especially in public opinion, when 50 soldiers have been killed in action since 2013. Mid-February, during a summit in N’Djamena with the partners of the G5 Sahel, Emmanuel Macron had announced that Paris did not intend to reduce “immediately” the workforce of Barkhane. He had, however, outlined an exit strategy, in favor of European reinforcements ready to join them.

“A partial withdrawal of France, insofar as it maintains the air force, will not have a great effect on the course of the situation and on the balance of power”, explained Mohamed Bazoum, estimating that the impact would be “More symbolic and political than operational”. The Nigerien head of state has also ruled out any dialogue with the jihadists, believing that the situation in his country was different from that of Mali. “We could not envisage any dialogue whatsoever as there is not a single Nigerien jihadist leader, a single jihadist base on our territory,” he explained.

Price of the dollar in Peru: What is the exchange rate for today, Wednesday, November 30

The price of the US dollar in Peru trades higher on Wednesday, amid an appetite for risk assets after...

Harry Styles in Lima: “Cariñito” sounded during his concert at the National Stadium | VIDEOS

A great night for his Peruvian fans. british singer Harry Styles was presented this Tuesday, November 29...

A 43-year-old man suffered paralysis and brain damage after a masseuse misperformed a procedure in a steam room. ...

Lancia Pu+Ra: the futuristic electric car model with which Lancia plans to be reborn in 2024 (PHOTOS)

Lancia, during its Lancia Design Day event, presented its new business plan to be reborn in the automotive industry:...

DólarToday, today’s price, November 30: how much is the exchange rate in Venezuela?

The dollar price in Venezuela, according to DolarToday, it is trading higher this Wednesday amid renewed concerns that...

The numbers of new infections of the covid in China They were reduced after five days of...

A 43-year-old man suffered paralysis and brain damage after...
World

The numbers of new infections of the covid ...
World

240 migrants rescued off the French coast of La Mancha

about 240 migrants were rescued at sea and...
World

The Senate of USA approved this Tuesday a...

Price of the dollar in Peru: What is the exchange rate for today, Wednesday, November 30

Harry Styles in Lima: “Cariñito” sounded during his concert at the National Stadium | VIDEOS