When Russian soldiers shot Leonid Pliats and his boss in the back, CCTV cameras captured the murder in vivid and horrifying detail.

The footage, which was obtained by the BBC, is now being investigated by Ukrainian prosecutors as an alleged war crime.

LOOK: Putin prepares for a long war in Ukraine, according to US intelligence

The incident occurred during the height of the fighting around kyiv, when the main roads to the capital were a battlefield. That included around the bike shop where Pliats worked as a security guard.

But this was not an exchange of bullets: the video clearly shows heavily armed Russian soldiers shooting at the two unarmed Ukrainians and then looting the business.

We have pieced together the full sequence, comparing what was recorded on multiple CCTV cameras at the scene with testimony from people Pliats called that day, as well as the volunteer Ukrainian fighters who tried to rescue him.

The Russians arrive in a stolen van with the V sign used by Russian forces and a sign that reads “Russian SWAT Tank” in black paint. They are dressed in Russian military uniform and approach with their weapons raised, fingers on the triggers.

Pliats walks towards the soldiers with his hands up to show that he is unarmed and not a threat.

The Russian soldiers did not realize that they were being filmed.

The Russians initially talk to him and his boss through the fence. There is no audio on the footage, but the men seem calm, even smoking. Then the Ukrainians turn around and the soldiers start to leave.

Suddenly, they turn around, duck, and then shoot the two men several times in the back.

One is killed instantly, but somehow Pliats manages to get to his feet, albeit staggering. He ties his belt around his thigh to slow the blood loss.

Then he makes it as far as he can to his cabin, where he begins to ask for help.

Vasyl Podlevskyi spoke to his friend on the phone twice that day, while he was bleeding profusely.

Pliats told him that the soldiers claimed they don’t kill civilians and then shot him.

“I said, can you at least bandage yourself? And he told me, Vasya, I just crawled here. It hurts a lot. I feel really bad,” Podlevskyi recalls.

“So I asked him to wait and I started calling the territorial defense,” he adds.

“When we arrived, he was already dead”

The men he went to, Sasha and Kostya, used to sell air conditioning before the war, but now they are fighters.

They both show me videos on their cell phones of Russian tanks passing their positions. His job was to send real-time information about Russian movements to Ukrainian military positions en route.

When Pliats was injured, they were tasked with crossing the dangerous E40 highway to try to save him. Even today, the road is littered with charred Russian tanks, a reminder of the intensity of the fighting. 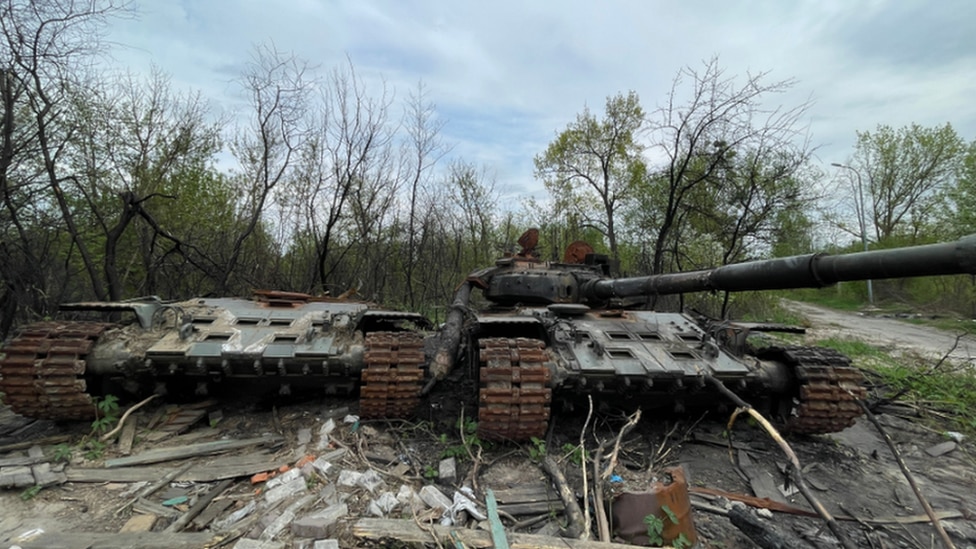 There was fierce fighting on the outskirts of the Ukrainian capital.

As the security guard lay bleeding, Russian troops were still on the scene.

In CCTV videos they are seen shooting into the premises, stealing bicycles and even a motorcycle and wandering into the manager’s office, drinking his whiskey and rummaging through his cupboards.

Outnumbered and lightly armed, Sasha and Kostya were forced to wait, only realizing that Pliats was dying.

“We talked to him on the phone, tried to calm him down. We told him, ‘It’s going to be okay. You’re going to survive,'” Sasha tells me. She adds that they did their best to comfort him.

“We said we were on our way. Maybe that helped him. Maybe. But unfortunately, when we got there, he was already dead,” he narrates.

Even while collecting the bodies of the two men, the fighters had to take cover when a Russian tank passed by. 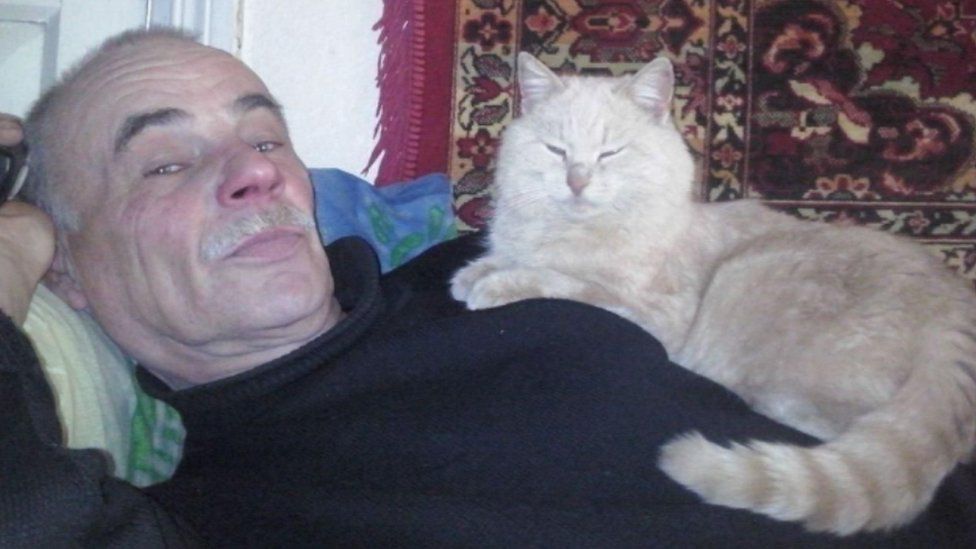 There is ample evidence against the men responsible for these murders. We have studied the video in detail and the Russian soldier we believe to be one of the assassins is clearly visible, his face uncovered.

It’s a long time before his friends realize they’re being filmed and break one of the security cameras.

We showed the footage to the police chief of the kyiv region and he told us that the bodies of 37 civilians, all shot dead, were found along the highway to the Ukrainian capital after Russian forces withdrew.

The Prosecutor’s Office confirms that it is now investigating the murder of Pliats and his boss as a possible war crime: one of the more than 10,000 cases registered.

“My dad was not a military man at all. He was a pensioner. They killed a 65-year-old man. For what?” asks Pliats’ daughter, Yulia Androshchuk.

She is abroad and still could not bury her father due to the war.

“I am not angry, but full of pain and fear. These damn Russians are so out of control that I am afraid of what they might do next,” she told me.

Androshchuk hopes that those responsible will be brought to justice one day, somehow. For now, he wants people to know exactly what happened to his father and for the brutality to stop.

He Pope Francisco condemned on Wednesday in kinshasa "cruel...
World

France: bill seeks to speed up the expulsions of the undocumented

He french government adopted this Wednesday a bill which...