The national meeting convened by the president of bolivia, louis arceconcluded this Friday with various proposals, but without a clear definition of the date for the population census, the main demand from sectors such as the region of Santa Cruzwhich remains on strike so that the consultation is in 2023.

With the assistance of more than 300 subnational authorities and under Arce’s leadership, the so-called “Plurinational meeting for a census with consensus” It lasted for several hours with a recess past noon, to conclude around 8:00 p.m. local time (0:00 GMT on Saturday) in the central city of Cochabamba.

At the end of the meeting, the rector of the Gabriel René Moreno University, the state university of Santa Cruz, Vicente Cuéllar, told the media that he was returning to his region dissatisfied and “with empty hands”, Well, it was expected that this Friday “the census will be approved for 2023″.

Bolivian Minister of the Presidency, María Nela Prada, speaks during a press conference in Cochabamba, Bolivia, on October 28, 2022. (Photo by Jorge Ábrego / EFE)

“No definitive conclusion has been drawn. There are two proposals, one that the census be carried out between October 2023 and April 2024, the other proposal is that the date be left blank and be defined by a technical team”, Indian.

The rector attended the meeting on behalf of the so-called Inter-institutional Committee that leads the citizen protests in Santa Cruz for the census.

Cuéllar announced that he will inform the aforementioned committee about the results of the meeting and that this instance will make the corresponding determinations.

The rector assured that the Santa Cruz representation technically supported his proposal, although the meeting took place in a “eminently political scenario”.

For her part, the Minister of the Presidency, María Nela Prada, assured the media that the proposals for the census in 2023 had a “purely political” and regretted that Santa Cruz sent a person to the meeting without “power of decision” to give “certainty” the country in the face of conflicts in that region, the country’s economic engine.

According to Prada, the president ratified at the meeting the proposal that the census be carried out in April 2024 and the distribution of state resources be in October of the same year based on the preliminary data of the consultation. 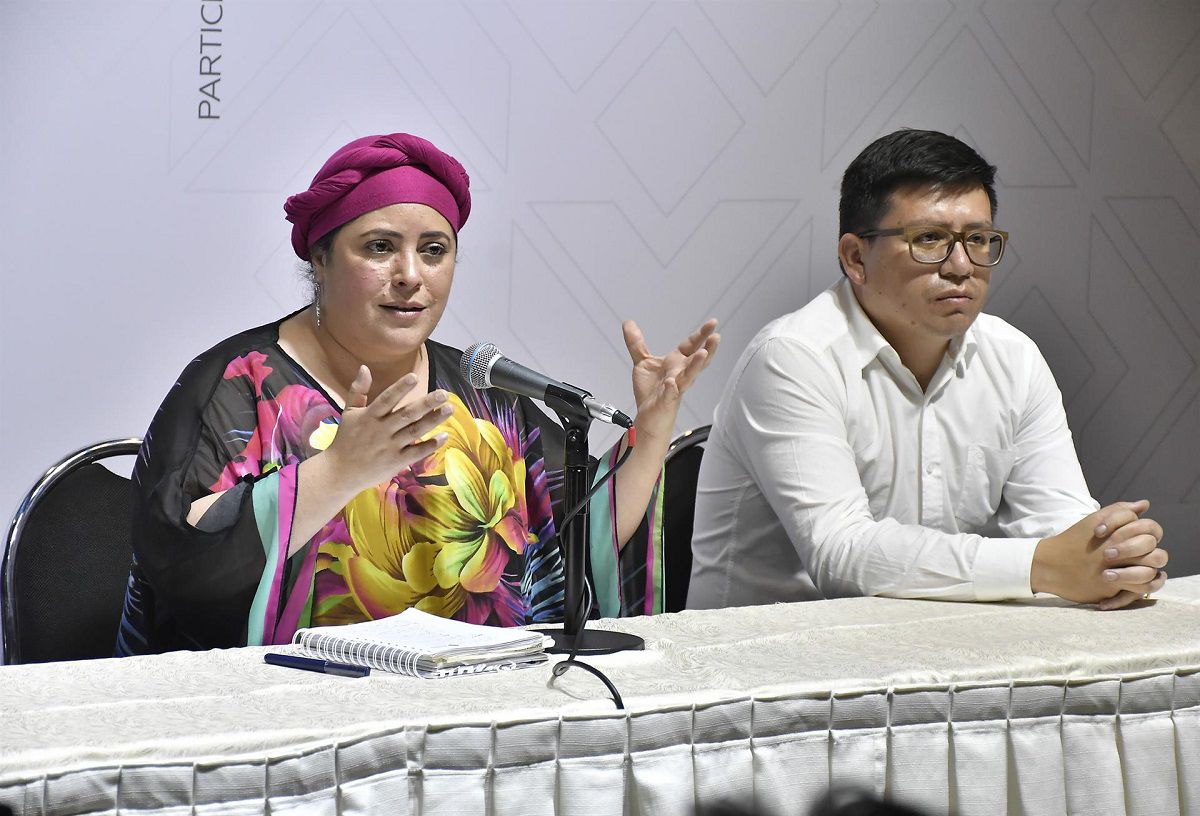 The Bolivian Minister of the Presidency, María Nela Prada, and the Minister of Development Planning, Sergio Cusicanqui, participate today in a press conference in Cochabamba, Bolivia, on October 28, 2022. (Photo by Jorge Ábrego / EFE)

Prada pointed to the Santa Cruz governor, the opposition Luis Fernando Camacho, and the president of the Pro Santa Cruz Civic Committee, Rómulo Calvo, as those responsible for the fact that a definitive solution to the conflicts over the census was not reached on this day.

“Today the government has turned a deaf ear, it has shown us that it has no will to provide solutions (…) The strike continues, we have to make ourselves heard, here there is no lack of will from the people of Santa Cruz, it is not that we want conflict, we want a solution that benefits all Bolivians”said.

ALSO SEE: This is known about the indefinite civic strike in Bolivia: measures, dialogues and what is known from Santa Cruz

The leader considered that the meeting was “politicsand who do not believe “in the word of the government”.

Santa Cruz has been on strike for seven days to demand that the population census, which was to be carried out next November, be carried out in 2023 and not in 2024 as defined by the Arce government.

Unions and social organizations related to the ruling party have violently tried to stop the strike in Santa Cruz and carry out a “siege” with roadblocks to isolate the region and prevent food from entering its capital, considering that the citizen protest seeks to destabilize the national Executive.

Willian has vowed not to celebrate if he scores for Fulham against Chelsea when he plays at Stamford Bridge...

The European Union is ready to take a tougher...