The authorities of Indonesia They raised the death toll from the earthquake that struck the West Java province on Monday to 310 on Friday, while rescue teams continue to work to locate 24 missing, although they acknowledge the “scarce” chances of finding them alive.

In addition to the 310 deaths, the shallow 5.6 magnitude earthquake has also left more than 2,000 injured and more than 62,000 displaced, according to data from the National Agency for Disaster Management (BNPB).

A earthquake of magnitude 5.6 shook on Monday the province of West Java, the most populated of the Southeast Asian archipelago.

More than a third of the fatalities are children, since the tremors hit the populated province of West Java during school hours – at 1:21 p.m. local time (6.21 GMT) – and wreaked havoc in dozens of educational centers.

Rescuers and a mother carry the body of a child victim of the earthquake that struck Cianjur, Indonesia, on November 21, 2022. (EFE/EPA/ADI WEDA).

The search and rescue teams recovered this Friday 17 bodies that were buried under the rubble and landslides caused by the tremors, which devastated various areas of the town of Cianjur, the epicenter of the earthquake and which has some 170,000 inhabitants.

Although the authorities acknowledge that the chances of finding survivors four days after the initial impact are slim, they assured that efforts to locate them will continue with the same intensity. 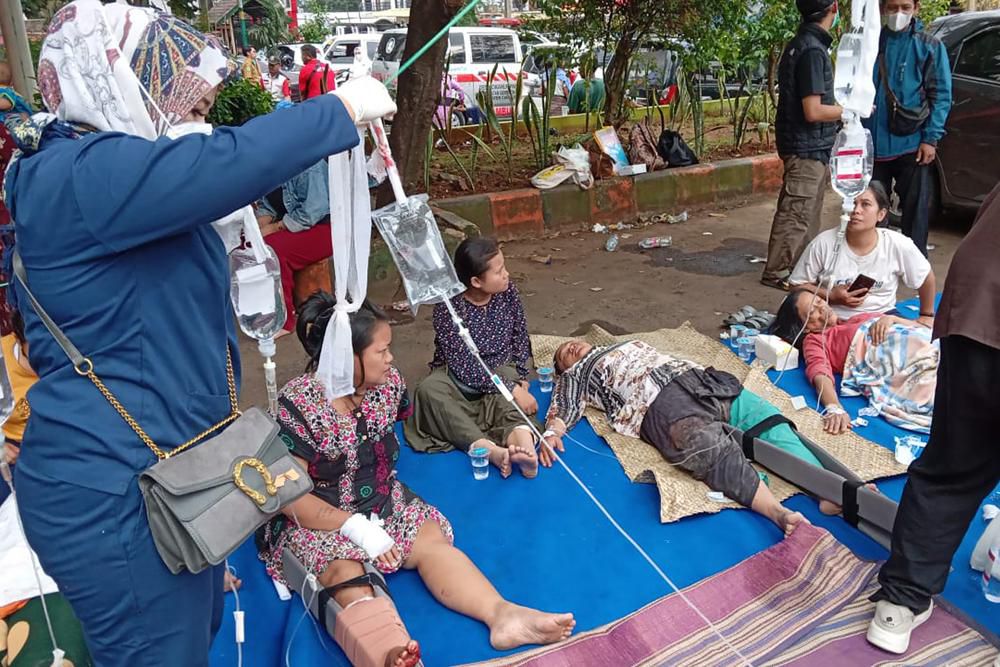 People receive care on the street after the earthquake in Indonesia. (AP).

Two of the most remote villages remain isolated, explains Henri Alfiandi, head of the relief service, in a video posted on social media. “People there can’t even ask for help,” he says, noting that three helicopters were sent to the area. 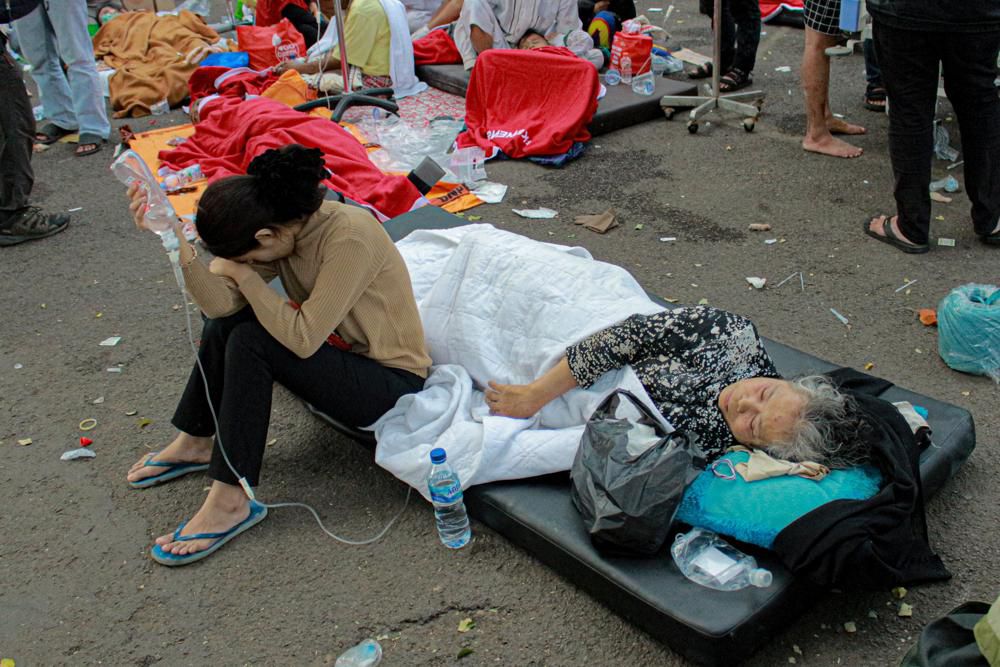 LOOK: Indonesia orders a stop to the sale of syrups after the death of almost 100 children

The villagers are still trapped, without water or electricity, and some must sleep next to their dead, he details.

In the towns closest to Cianjur, the inhabitants try to recover family photos, religious books and marriage certificates from the ruins two days after the disaster destroyed their homes.

“We have food aid, but it is not enough. We have rice, instant noodles and mineral water, but it’s not enough,” Mustafa, 23, a resident of the town of Gasol, told AFP. 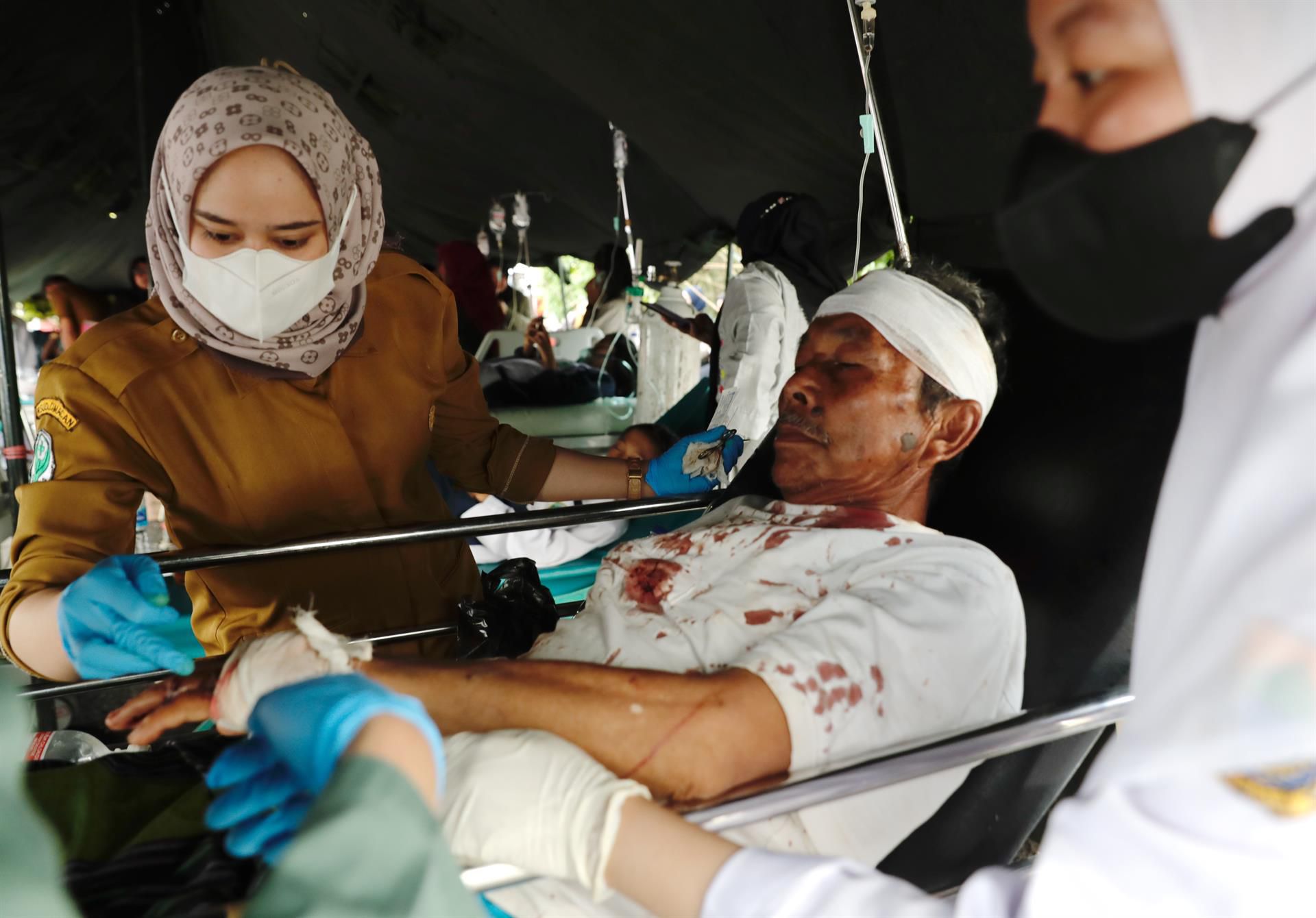 Rescuers help a victim of the earthquake that struck Cianjur, Indonesia, on November 21, 2022. (EFE/EPA/ADI WEDA).

The young man searches the rubble of his elderly neighbor’s house, at her request. He then returns with a pile of clothes, rice, a gas stove, and pans.

“We have no clothes and we haven’t changed for days,” he confesses. “We need help,” she read on banners posted in front of damaged houses and tents in the village of Talaga.

More than 58,000 people have been displaced by the earthquake, the disaster management agency reported on Tuesday. 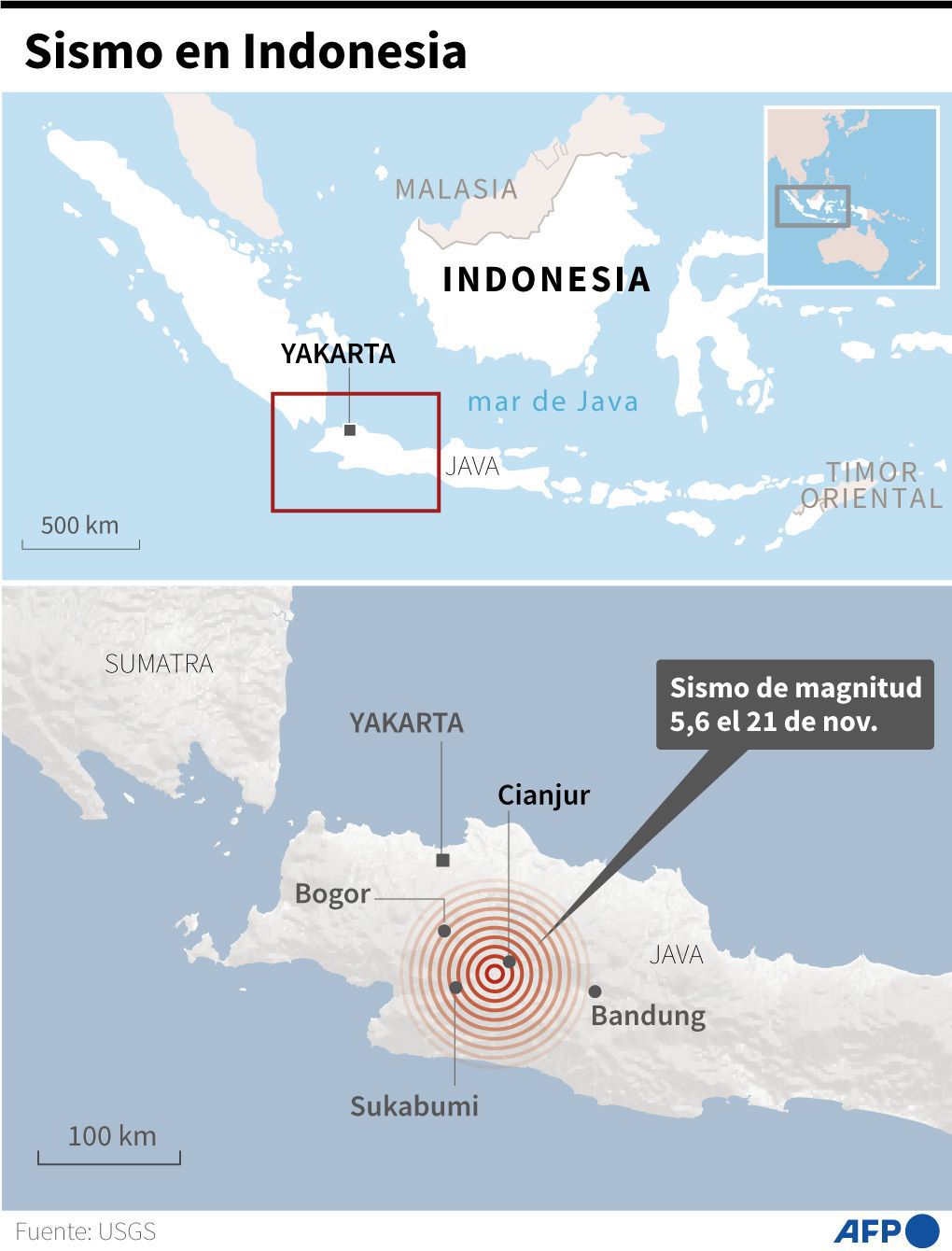 The epicenter of the earthquake in Indonesia. (AFP).

The government deployed several thousand military and police personnel. They also provided food aid and tents, but the needs are immense.

Yunisa Yuliani, 31, details that there is nothing in the place anymore. “My son has a fever and he can’t eat. There are many elderly and children who need milk, diapers, food and medicine, ”she says.

The people of Cianjur began to bury their relatives according to Islamic rites after they were allowed to retrieve their remains from morgues. 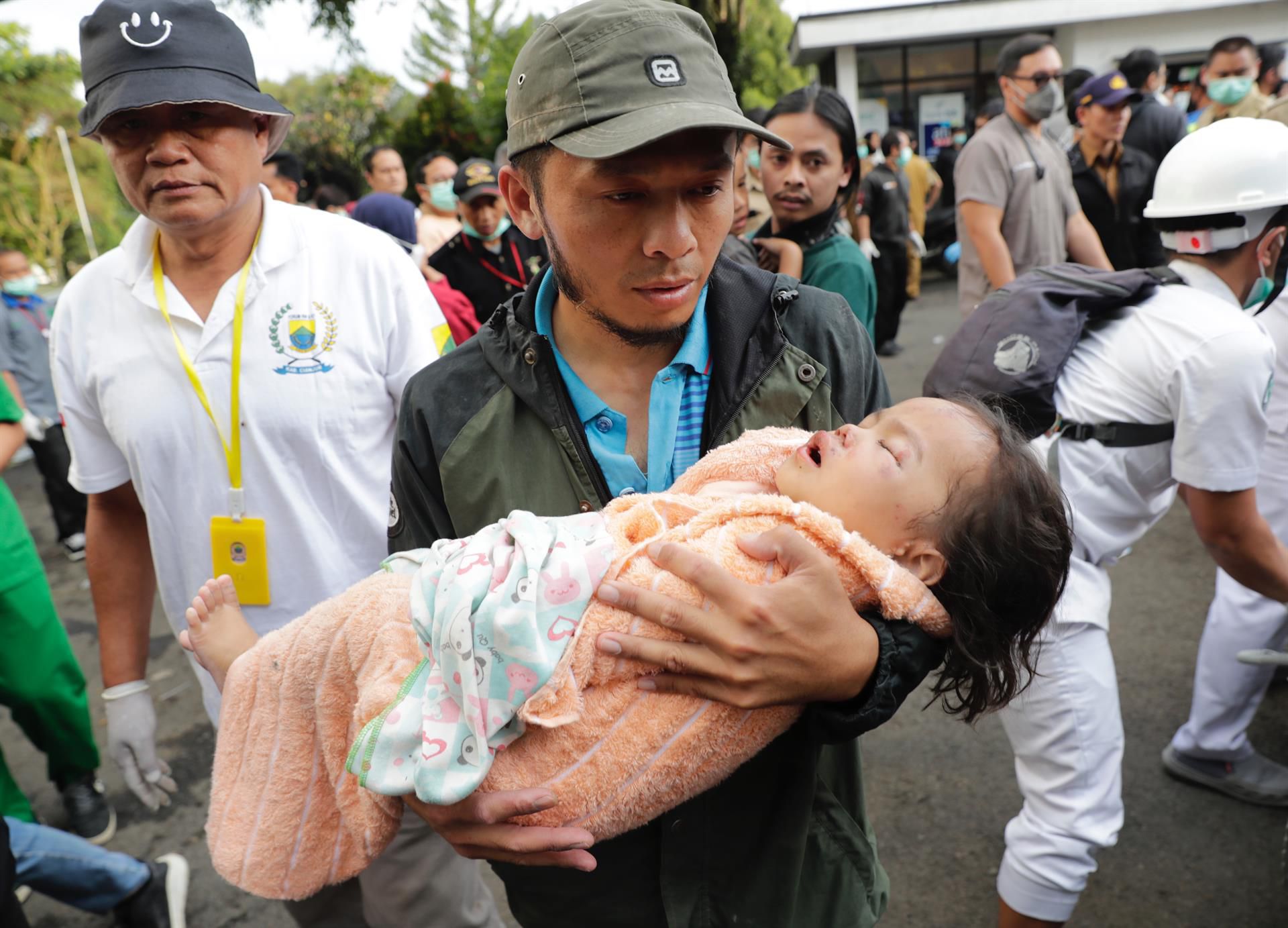 In the midst of the disaster, a couple victims of the earthquake regained hope on Wednesday. Mimin, 52, and her husband Rosyid, 67, were digging through the rubble of her home in the hope of finding a two-gram gold ring.

They pulled clothes from the rubble, felt and shook them until they saw the shining jewel, which is all they have left. “Thanks god! I found the ring!” Mimin yelled with joy. 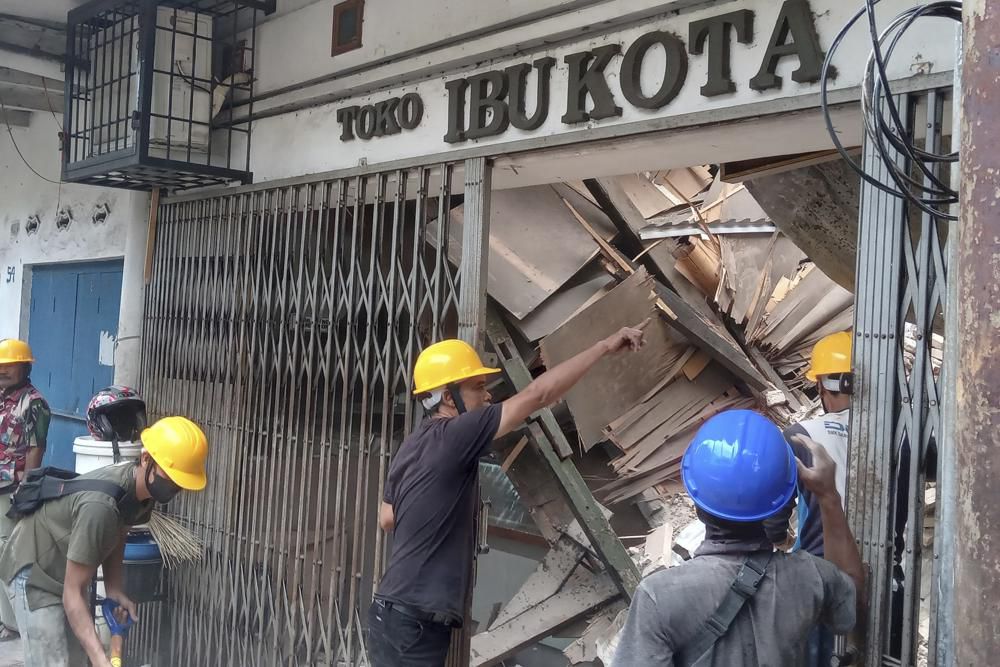 The authorities have warned of the risk of a new natural catastrophe. During the rainy season, which began and will end in December, the archipelago is prone to landslides and flash floods. 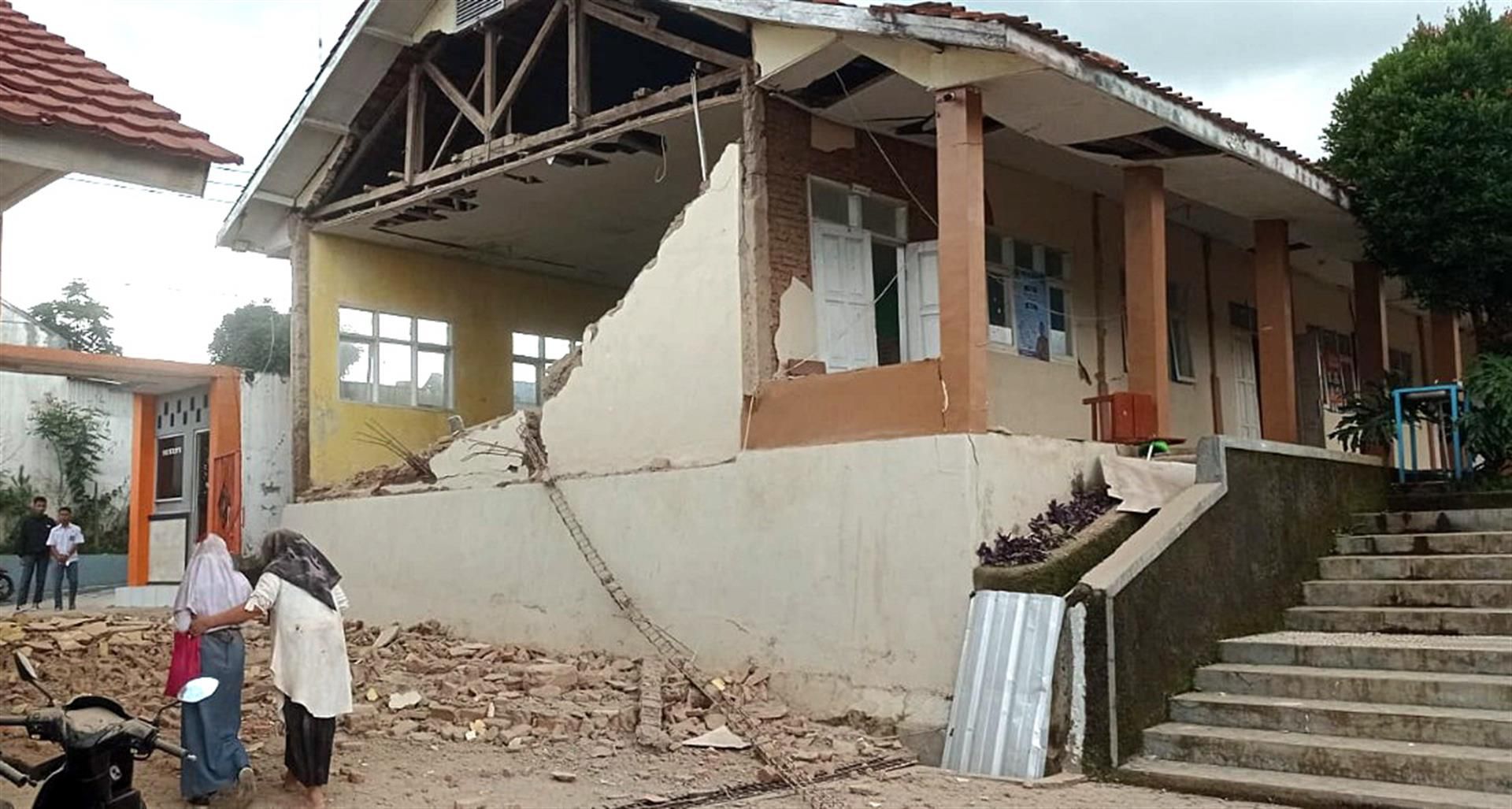 People walk near a collapsed building after the 5.6 magnitude earthquake in Cianjur, Indonesia, on November 21, 2022. (EFE/EPA/BNPB).

Weather services announce storms, which are potentially dangerous after a earthquake.

Located in the Pacific “ring of fire”, where tectonic plates meet, Indonesia is regularly faced with earthquakes or volcanic eruptions.

Chocolate bars, candies or cakes… why we need food breaks at work so much

"Cookies please": This Friday, at 2:30 pm, Sophie went down to the common dining room of this building in...

War in Ukraine: France sent a hundred generators to Kyiv

While millions of Ukrainians have suffered power outages in...
World

The president of the European Commission (EC), Ursula von...
World

The European Parliament on Thursday approved a proposal for...
World

VitalUkraine remains virtually devoid of electricity and water after...