“Did he or did he not give me the authorization to start the operations to free the nun? (…) I think I informed you of all that, remember?” asks a very nervous voice over the phone. On one side of the line is Angelo Beciua cardinal who became the third most important man in the Vatican. On the other side, perplexed, is the Pope Franciscowho had been recovering from a recent colon operation.

The conversation took place on July 24, 2021, three days before the Italian justice began a trial against Becciu, accused of embezzlement.

A person who was in the same room as Becciu was in charge of recording said call without the knowledge of the Catholic Supreme Pontiff, as revealed by the chief prosecutor Alessandro Diddi during the thirty-seventh hearing against the cardinal.

For the dissemination of the audio, the journalists present were ordered to leave the room. However, the JustOut website, run by journalist Maria Antonieta Calabró, had access to the transcript.

Lawyers involved in the process later confirmed to The Associated Press and EFE agencies that said conversation existed, was recorded and broadcast during the hearing. The cardinal’s defenders, however, assured that they were unaware of the new evidence against their client.

Becciu had also told Francisco that “you have already condemned me, it is useless to continue the process”.

In 2021 Becciu became the first cardinal to be investigated for property crimes in the Vatican. (VATICAN MEDIA / AFP /)

FROM THE VATICAN TO AL QAEDA

Becciu became a priest in 1972. As part of his religious work he was in the Central African Republic, New Zealand, the United Kingdom, France, the United States and Cuba, among others, until in 2011 the then Pope Benedict XVI appointed him Secretary for General Affairs in the Vatican Secretariat of State, the equivalent of the Chancellery of the Holy See.

This position made Becciu the third most important man in the Vatican between 2011 and 2018. That last year, in addition, two transcendental things happened in the life of the religious: on the one hand, Francisco would name him a cardinal and assign him the work of elect future Catholic saints; on the other hand, Becciu would end up involved in a plot to divert funds from the Church.

In 2018, the Vatican Secretariat of State hired Cecilia Marogna, an alleged security analyst who set up a company in Slovenia, for 575,000 euros (about US$598,000) to free a Colombian nun who was kidnapped by Al-linked terrorists. Qaeda in Mali.

During the call, it is suspected that Becciu was looking for the Pope to confirm that he approved that batch of money to the Marogna company.

According to ongoing investigations, however, Marogna would have spent much of the money sent from the Vatican buying luxury items and visiting health centers.

Along with Becciu and Marogna, there are 8 other people being investigated by the Vatican justice system in relation to this case.

The hostage was Gloria Cecilia Narváez, who was working as a missionary on the Mali-Burkina Faso border when she was kidnapped by the Macina Liberation Front in February 2017.

Narváez was only released in October 2021 after negotiations between the terrorists and the governments of Mali, Colombia, Senegal and Ghana. According to the statement issued by the Malian Executive after the release of the nun, no economic ransom was paid. 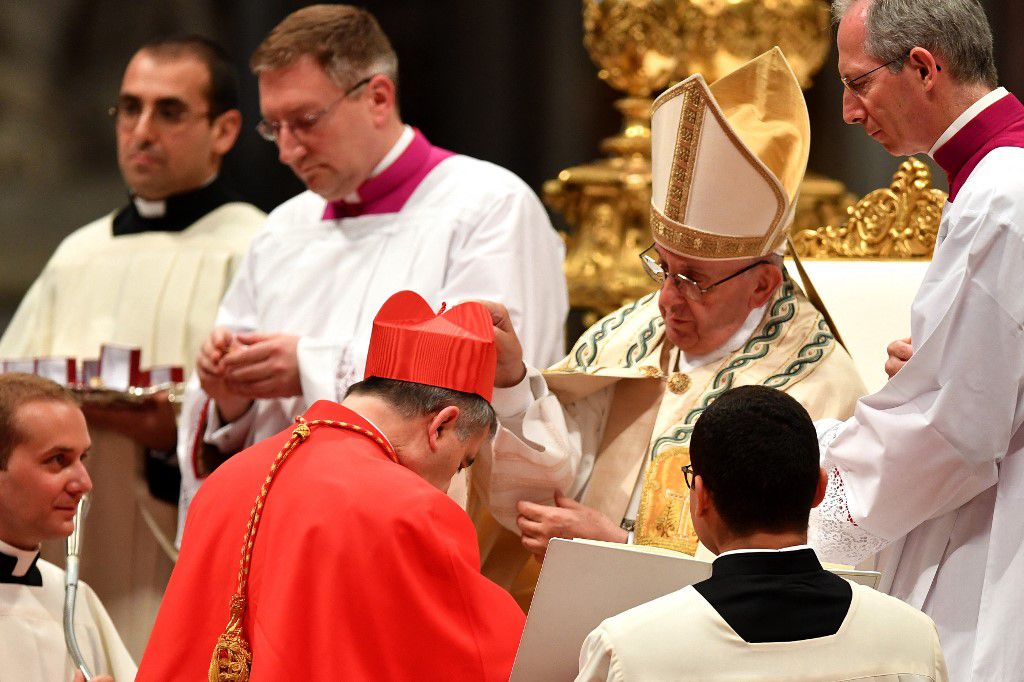 In 2018, Francis named Becciu a cardinal and assigned him the task of choosing future Catholic saints. (ANDREAS SOLARO / AFP /)

This audio, which has not yet been accepted as evidence by the court, is part of a new accusation against Becciu for the concept of illicit association, prosecutor Diddi said. The religious has been under investigation since 2020, when a scandal broke out that linked him to a controversial agreement to invest in a luxury building in London with church funds.

According to the indictment, Becciu would have allocated $232 million from Vatican coffers, including money obtained from alms, through foreign companies to acquire the luxurious property on Sloane Avenue.

On the other hand, the Vatican authorities also accused Becciu of using church funds to favor his direct relatives, including a cooperative in the Sardinia region that was run by his brother or a ruined Roman hospital that employed his niece, details a BBC article.

The scandal, which became more like an earthquake within the Vatican, led to Becciu’s resignation in September 2020 from his position as cardinal at the request of Francis himself.

In August of this year, however, Becciu participated in the Consistory called by the Pope for the appointment of new cardinals and the conversations around the reform of the Roman Curia.

At the time of writing this article, the Pope’s office has not ruled on the audio revealed at the audience.