“Dr. Anonymous”: the masked psychiatrist who managed to stop homosexuality from being considered a mental disorder in the US.

“They can be anywhere,” a police officer filmed by station WTVJ in southern Washington warned a group of school students. Florida in 1966.

He told them about the threat posed by homosexuals, unaware that the real danger was deep-seated and pervasive prejudices.

“They can be policemen, they can be school teachers. And if we catch you with a homosexual, it will be your parents who find out first…”.

Being gay, at that time, was illegal in the United States.

By 1962, all 50 states had criminalized same-sex sexual activity, and it would not be until 2003 that all remaining laws would be struck down, paving the way for one of the most comprehensive recognitions of LGBT rights in the world.

But the problem went beyond criminalization.

A decade before criminalization, homosexuality had appeared included in the first edition of the Diagnostic and Statistical Manual of Mental Disorders (commonly known as DSM, the bible of the psychiatric field and the book from which all diagnoses are recognized).

That meant that the American Psychiatric Association (APA), a very influential part of the American medical establishment, he had defined being gay as a disorder, more specifically, a “psychopathic personality disorder”.

The 1952 classification meant that anyone who strayed from the boundaries of heterosexuality could be institutionalized against their will, and subjected to “cures” such as chemical castrations, electroconvulsive therapy, and lobotomies.

Furthermore, it profoundly damaged not only the way in which LGBT people were valued in society, but also the image they had of themselves.

And it made the environment even more hostile.

81 words from the DSM had terrible consequences for homosexuals.

That “scientific support” of psychiatry for prejudice gave rise to a wide range of discriminatory practices: from denying gay people the right to employment, citizenship, housing and child custody; until excluding them from the clergy, the army and the institution of marriage.

The options for the LGBT community were few: hide what you were or suffer the consequences.

And there were those who risked doing the latter.

The DSM classification was first attacked in the 1960s by a group of activists led by LGBT rights pioneer Frank Kameny, a PhD astronomer at Harvard University who had been discharged from the military for being gay.

They launched a multi-year campaign, demanding that the diagnosis be declassified.

The Achilles heel of the APA’s claim that being gay was a mental anomaly was the absolute lack of scientific data to back it upand that played into the activists’ favor, particularly when that point of view began to make the new generation of psychiatrists uncomfortable.

In 1971, after crashing the APA’s annual meeting, they were allowed to host a panel discussion on homosexuality for the following year’s convention. 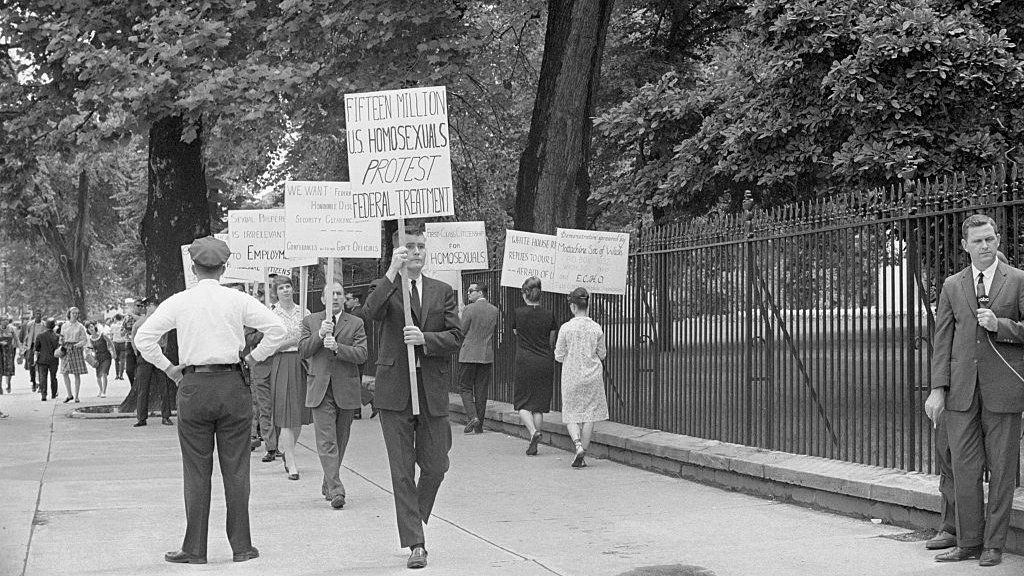 The plan was for two psychiatrists from the association to participate, on the one hand, and Kameny along with Barbara Gittings, a pioneering lesbian who would become known as the mother of lesbian and gay liberation, on the other.

However, it occurred to the activists that it would be ideal to have someone who was both: a psychiatrist and a homosexual.

After all, there was an underground group that called itself Gay-PA (a play on the sound of APA in English, since the letter A is pronounced ‘ei’ and gay is ‘gei’).

They wrote to everyone… and they all said “No”; No matter how much they agreed – they themselves were secretly fighting for the same cause – coming out of the shadows would imply, among other things, sinking professionally.

But then someone changed their mind, and on the second day of the APA’s annual convention in 1972, something a little absurd and perhaps even comical but extraordinary happened.

The Danish Room at the Adolphus Hotel in Dallas filled up with psychiatrists drawn to the controversial topic of an event called “Psychiatry: Friend or Foe of Homosexuals? A Dialogue.”

Across from them at a microphoned table was the panel, which included Gittings and Kameny, as well as psychiatrist Kent Robinson.

And, at the last moment, a grotesque-looking man emerged from between some side curtains, took his place at the front of the room. 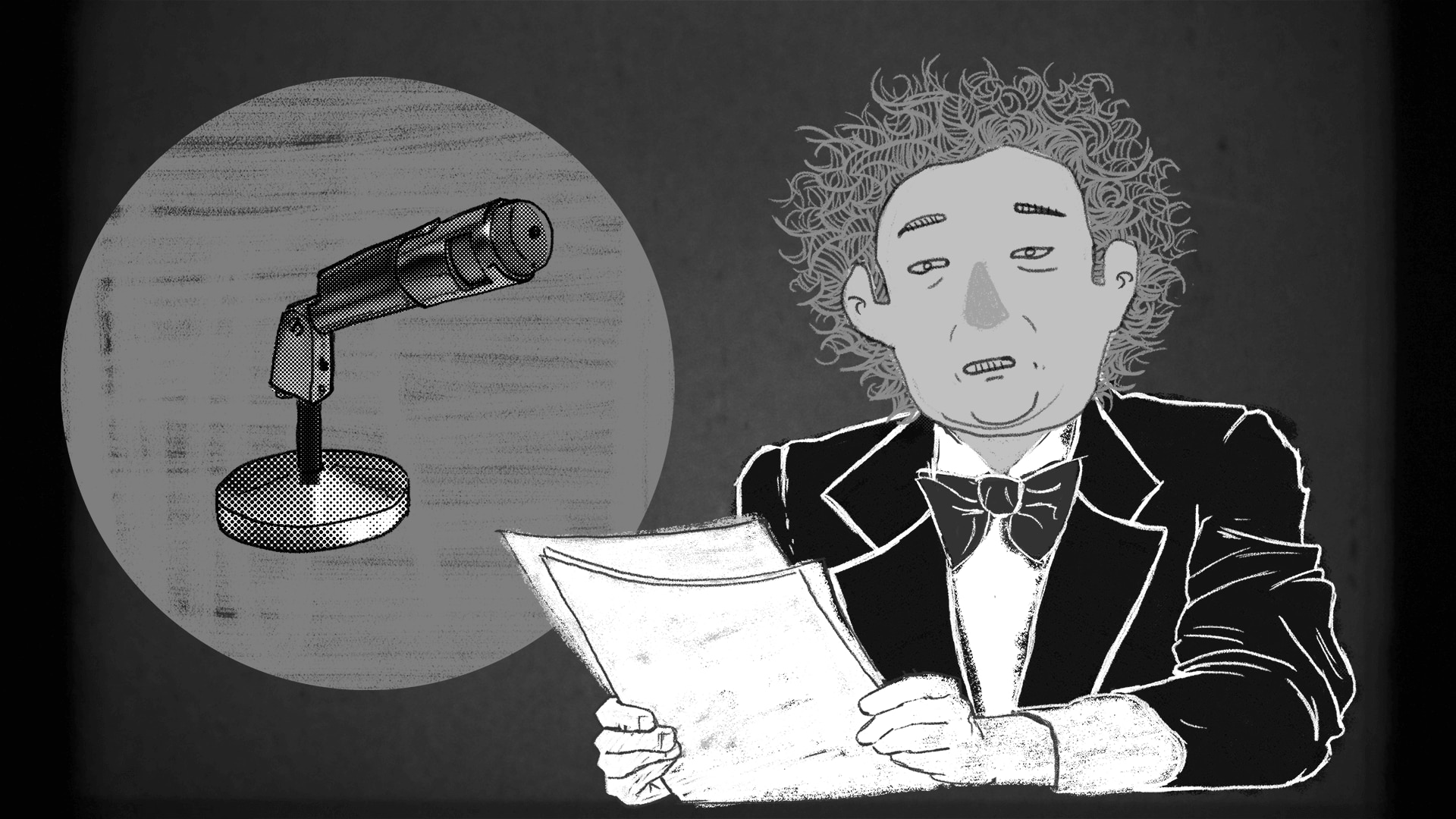 Illustration of the shrink and the mask

He was dressed in an oversized tuxedo, wearing a wig with thick, messy curls, and his face was hidden behind a misshapen rubber mask of then-President Nixon.

But if his appearance was striking, it was his words, delivered through a microphone that distorted his voice, that commanded attention.

“Like most of you in this room, I am a member of the APA and I am proud to be one,” continued the character, identified as “Dr. Henry Anonymous.”

He noted that he was not the only gay psychiatrist and that several felt that it was time for someone of flesh and blood to stand up “before our this organization and ask to be heard and understood, to the extent possible.”

He talked about the secret world of gay psychiatrists, how they officially didn’t exist and lived in hiding, hiding every trace of their private life from their colleagues, because they had so much to lose. 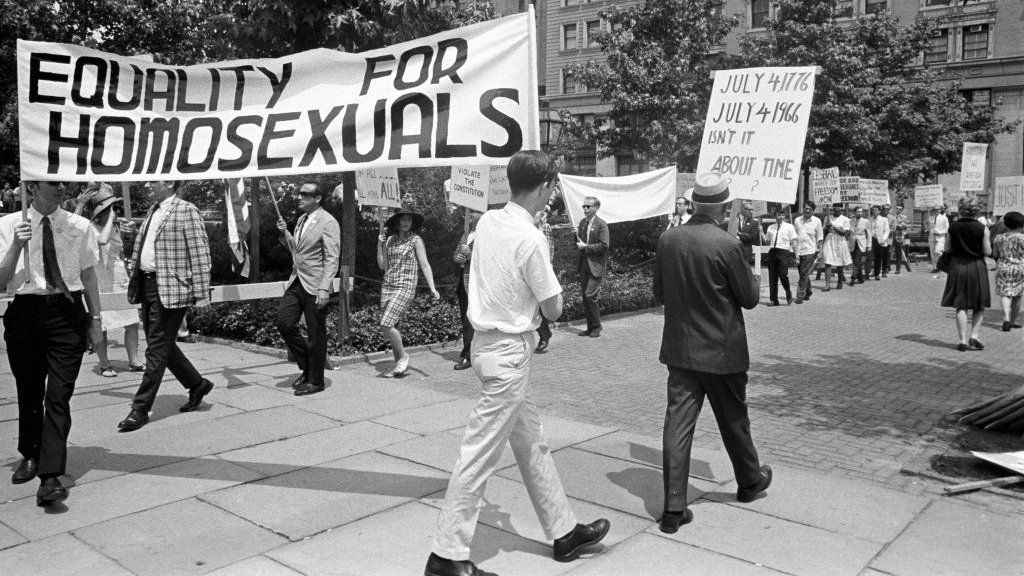 The number of demonstrators on the pickets was growing. At the first Annual Gay Civil Rights Remembrance in Philadelphia, Pennsylvania, there were about 10 people. This is the second, on July 4, 1966.

“However, we run an even greater risk by not fully living our humanity,” he said.

“This is the greatest loss, our honest humanity and That loss leads everyone around us to also lose that little piece of their humanity.. Because if they were truly comfortable with their own homosexuality, then they might be comfortable with ours.

“Therefore, we must use our skills and wisdom to help ourselves and grow to be comfortable with that small part of humanity called homosexuality.”

Among the first rows of those who applauded the courage and candor of Dr. Anonymous, was the administrator of the Friends Hospital, who shortly after fired the man behind the mask, John Ercel Fryertelling him:

It wasn’t the first time it had happened to him.

Although Fryer had distinguished himself academically since college, enrolling in college at 15 and medical school at 19, he suffered setbacks time and again when his supervisors found out he was gay. 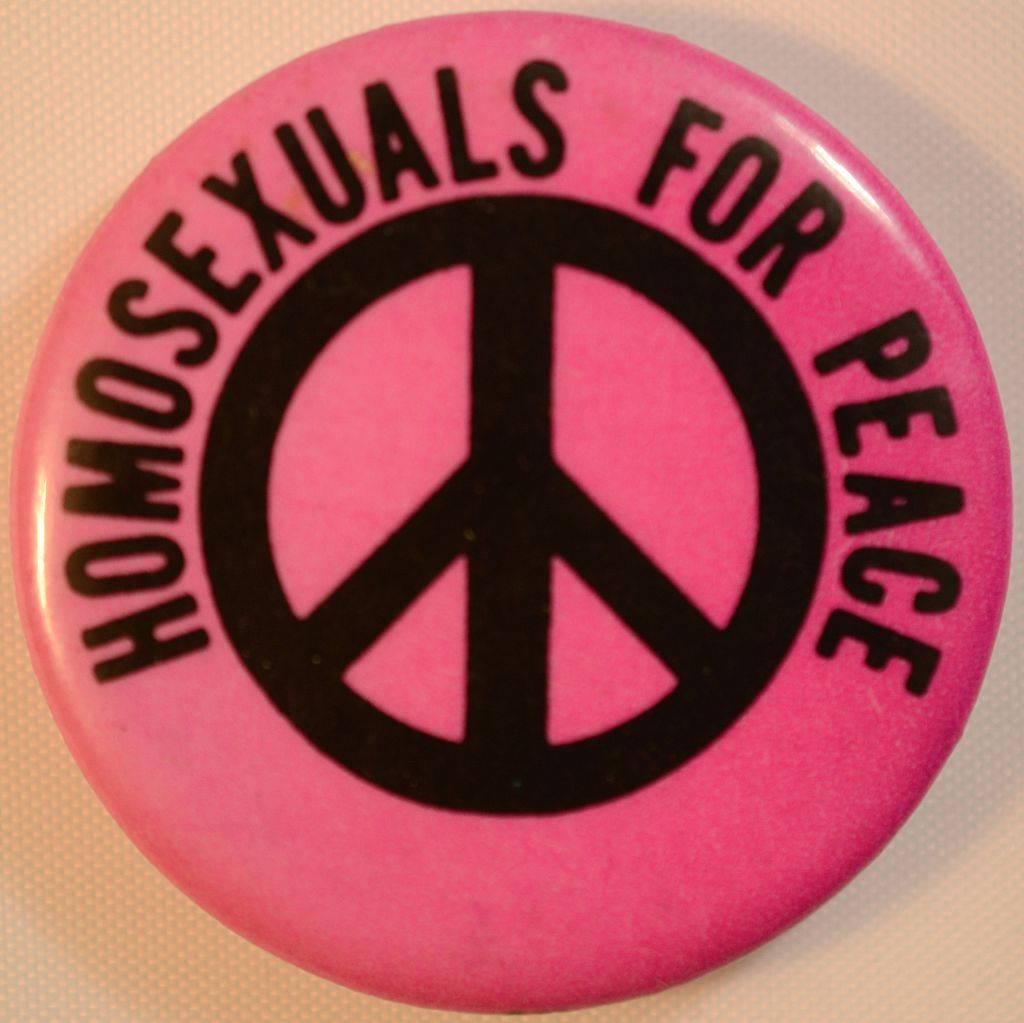 The 1970s were one of advocacy for various causes.

In 1964, when he was already living on the more tolerant East Coast of the US and doing his residency at the University of Pennsylvania, he made the mistake of telling a friend that he was gay.

He told his father, who told the department chair at the university.

Fryer ended up in the department chair’s office facing an ultimatum: “You can either resign or I’ll fire you.”

He had to pay for his “mistake” with years of humiliating assignments at the only institution that would accept him, a state mental hospital, in order to complete his residency.

That was followed by a long and uncertain road to ownership.

That’s why coming out of the closet had little appeal.so it stayed inside him, even after he delivered the iconic speech.

It would be 20 years before Fryer would appear before the APA as “Dr. Anonymous.”

But his words were key in driving the attitude change within the APA that facilitated the removal of homosexuality from the DSM.

Gradually, the persistence of the activists took its toll and in 1973 that association overturned a ruling it had adhered to for more than two decades, freeing homosexuals in the US and anywhere else where the DSM was considered the authority. in mental health from the stigma of ‘illness’.

In making the change, APA’s trustees stated that the association “supports and encourages the enactment of civil rights laws at the local, state, and federal levels.” to ensure homosexual citizens the same protections that are now guaranteed to others“.

The long process of ending the discriminatory and oppressive practices that the diagnosis had endorsed could begin.

It would be decades before gay rights historians fully recognized the relevance of Fryer’s words in that Dallas hotel ballroom in 1972.

“I did that one-off event, which changed my life, which helped change the culture in my profession, and I disappeared.Frier said.

Today some see the significance of ‘that one isolated event’ as similar to that of the 1969 Stonewall Riot in New York, the catalyst for the modern LGBT rights movement in the US.

This year marked the 50th anniversary of Dr. Anonymous’s speech in Philadelphia, and May 2 was declared John Fryer Day.

It is not the only recognition.

The APA awards in his honor the ‘Fryer Award’ to individuals who significantly contribute to improving the health of sexual minorities.