Companions of duty, a reference for learning 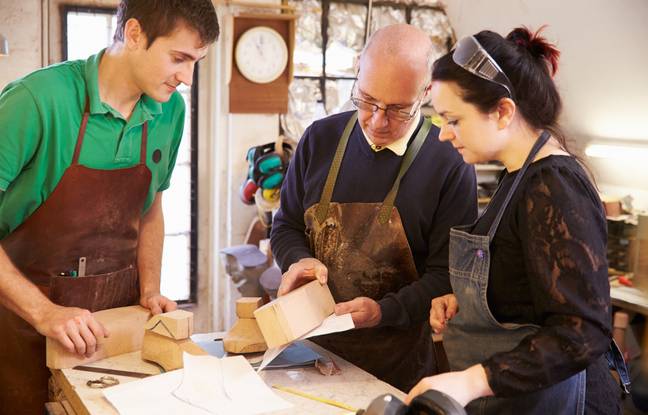 Registered since 2010 on the list of intangible cultural heritage of humanity by Unesco, companionship is both a traditional system of transmission of knowledge and a way of learning for the future.

Because the network of Compagnons du Devoir and Tour de France can boast excellent results: while 10,000 young people in training join its ranks each year, 90% get a job at the end of their course.

To achieve this, this organization has taken the gamble of offering work-study training to its apprentices, at a rate of six weeks in a company and two weeks in a training center, but also to allow them to live fully in this community.

Young people have the possibility of being fed, housed and laundered in one of the many Companion Houses spread over the national territory. A living space that allows them to benefit from daily help in their various procedures, to share their experiences with their comrades and above all to develop their network, a major strength of this learning method. During their training, apprentices are also paid up to 50% of the minimum wage from the first month, regardless of their age. Once the Tour de France is integrated, they receive at least the minimum wage. And they benefit from an adapted mutual.

A panel of professions

As for orientation, there is no lack of choice. The Compagnons du duty train apprentices in around thirty trades, through several professional streams. The branch of industry and metallurgy makes it possible, for example, to become an electrical engineer, bodybuilder or even boilermaker. The living professions also include the professions of landscape gardener, farrier and cooper.

And the building sector? You can follow the path of carpenter, roofer, metal worker, mason, plumber or opt for stone trades. The planning and finishing of buildings category includes the positions of painter, cabinetmaker, carpenter and other tiler. In addition to access to trades in soft materials, such as shoemaker, leatherworker or upholsterer, taste professionals such as bakers, pastry chefs, pork butchers, cheesemakers and winegrowers can also learn their future activity with the Compagnons.

To each their own

Finally, baccalaureate holders who have obtained a first diploma corresponding to one of the professions of the Compagnons can directly choose the Prépa Tour de France to improve their skills during the four years spent in several different companies based in France, but also abroad. It is also a way to assimilate a second or even a third language. Note that beyond 25 years, you must go through continuing education to join the Compagnons in order to follow a short qualifying module or to prepare a CAP or a professional bac.

The Companions of Duty organize two open house sessions each year in January and March to showcase their learning method. The Maisons set up throughout France then welcome young people who wish to find their way and present them with the various professions available. All practical information is available on the dedicated platform: www.formezvousautrement.fr.

And if not, there is the official site: www.compagnons-du-devoir.com.

Fntastic has confirmed that The Day Before will be available to players on November 10 of this year and...