The local trade “in danger of death”, warns the employers 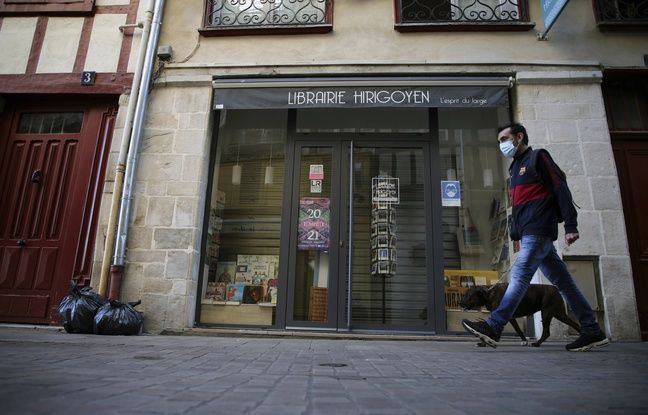 Local shops forced to close during confinement are “in danger of death”, estimates the Confederation of small and medium-sized enterprises. For the CPME, the decision to close shops deemed “non-essential” is “incomprehensible while local traders have respected a strict health protocol”, according to a press release.

She adds that “it is not admissible that other types of businesses selling the same products are allowed to remain open” as is the case of supermarkets also selling products classified as essential.

“Local commerce already weakened by online commerce,” says the employers’ organization. The CPME believes that “whatever the nature of government aid, it will not be enough to cover all the losses”.

The Solidarity Fund provide for compensation of up to 10,000 euros for the drop in turnover and a tax credit for the lessor who waives one month’s rent in three

“The curtains will definitely come down”

Also “if nothing changes, the curtains will definitely fall en masse throughout the territory”, predicts the organization.

The CPME adds that it supports “unreservedly” an amendment passed by the Senate, dominated by the right-wing opposition, which would allow prefects to “authorize the opening of retail trade” by way of derogation, and encourages members to vote for him as well.

The incident is being taken seriously by Washington. The head of US diplomacy, Anthony Blinken, has decided to...

Champions League: Sadio Mane will not appear in the first match against PSG

Senegalese striker Sadio Mane, who suffered a right fibula injury on November 8, will not recover enough to play...

A burger and drink menu? Nothing original, but it's something that could soon be on our plates in...