There was a time, before TikTok and Instagram, when blogs ruled the digital world. And there was also a time when it was impossible to conceive of the premiere of a film in another space that was not a movie theater. The Peruvian comedyI am looking for a girlfriend” He arrived with these contrasts hand in hand; taking us to a past moment of the digital era, but from one of its most current possibilities: streaming.

The film, filmed in May 2019, was one of the many Peruvian titles that were affected by the pandemic. Tondero, the responsible producer, had it among its main bets for 2020 along with “Locos de amor 3″ (which had three weeks on the billboard until the arrival of the COVID-19 outbreak in Peru) and “Doblemente embarazada”, the latter which It did have a conventional premiere in September 2021 (when the return to normality began) and whose box office performance was well below expectations.

“Busco novia”, which delayed its release for three years, announced almost by surprise (two days in advance and by press release) its arrival on streaming on November 18 through Prime Video, a platform that, although it does not have the number of Netflix subscribers in Peru has been adding more and more Peruvian titles to its catalog. And this time it was an exclusive premiere.

For Daniel Vega, director of “Busco novia”, knowing how to adapt to changing times is important. “One makes movies so that it can be seen in the cinema, but one also has to adapt to the new ways and streaming is a new way of opening and I think it’s good. From my point of view, the premiere on platforms is positive. You may be watching the movie in Thailand, because it is a release that is available to watch worldwide. That is positive for the Peruvian product: it is Peruvian cinema that is being seen and we hope that it will continue to increase, that all kinds of cinema will be seen on various platforms”.

For César Ritter, the film’s protagonist, it is also easy to find benefits for this type of release. “That the film has fallen on a platform makes everything new and interesting for me, I feel that it may be a path that future films find. I’m still a bit old: I love the pleasure of going to the movies, sitting down and all the ritual, but the platforms give you the chance to reach more people and other countries and thus the work of Peruvians can be internationalized. Streaming opens up a very interesting market for films that are so difficult for us to make”, explains the actor, who is surprised to learn that the title is available dubbed into other languages.

And it is that “Busco novia” can be seen in the original language, but also with dubbing and subtitles in English (American) and Portuguese (Brazilian), a possibility that is not frequent for Peruvian cinema.

As it happens with the majority of commercial bets in Peruvian cinema, “Busco novia” is a comedy, but it does not have the classic rhythm of those that have been made recently in the country. The focus is on 4 characters. The leading couple: Renzo Collazos (César Ritter), a thirty-something journalist who lives with his overprotective mother and who sees his life change when he is assigned to write a blog on the most read website in Peru, and Mariana (Fiorella Pennano), a love from the past that comes back into his life to make him reflect on many of the things he takes for granted. These two are joined by Renzo’s friends: Lucía (Magdyel Ugaz) and Robot (Vadhir Derbez), who give a balance to the often outdated thoughts of the protagonist.

“We didn’t want it to be your typical hit comedy, but a different kind of humor. Right from the script, Renato (Cisneros) makes a kind of self-criticism, making fun of himself, criticizing himself. I think it is a comedy that has a self-criticism at the end and that is positive, a balance was found in the style of telling it and with the humor so that it does not fall into excess”, explains Daniel Vega, who is satisfied with the final result. .

“It’s an entertaining movie, for people to hang out, it’s not for everyone, but in summary, I can say that I’m happy,” said the director who, like his leading actor, will only meet again with the film through streaming, because after seeing it many times before its premiere, it has not hit ‘play’ yet on the platform.

“I generally wait a week to see her, with more peace of mind and with my family. ‘I am looking for a girlfriend’ is a film that I have seen so many times that I prefer that some time pass. But I am very happy with the film”, added Ritter, who with this film already has two on Prime Video, where “The Best Families” is also available, which is a pre-candidate for Peru for the Goya 2023 and which also found an ally in streaming after a few weeks on the national billboard, a path that, everything indicates, will be increasingly common for Peruvian productions.

“Busco novia” closed its first week on Prime Video at number 1 of the most viewed on Prime Video Peru. In its second week it remains in the Top 10 at number 3 with international productions such as “The Peripheral”, “Los anillos de poder”, “Monster Hunter”, “Along with the Gods”, “Pa’ Quererte”, “Terrifier “, “A wounded cry”, “Leandro Díaz” and “Young Sheldon”. 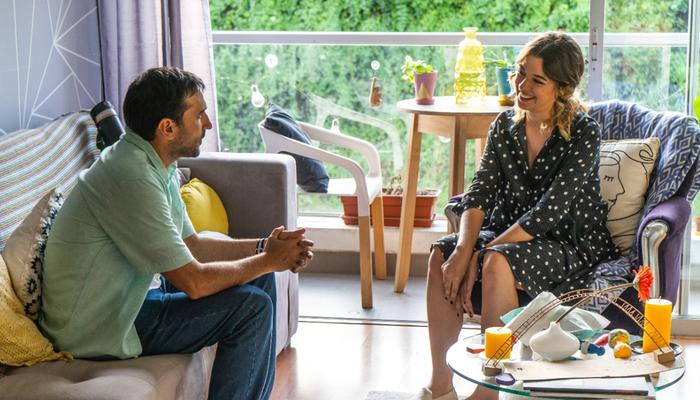 I have worked as a journalist for over 10 years and have written for various news outlets. I currently work as an author at 24 News Recorder, mostly covering entertainment news. I have a keen interest in the industry and enjoy writing about the latest news and gossip. I am also a member of the National Association of Journalists.

James
I have worked as a journalist for over 10 years and have written for various news outlets. I currently work as an author at 24 News Recorder, mostly covering entertainment news. I have a keen interest in the industry and enjoy writing about the latest news and gossip. I am also a member of the National Association of Journalists.

Paul Vega assumes his first challenge as a...
Entertainment

Today’s horoscope, Tuesday, January 31, 2023: This is what the predictions say for your zodiac sign

Horoscope for Tuesday, January 31, 2023. Know what the...
Entertainment

Thanks to his break with Gerard Piqué, Shakira ...
Entertainment

Netflix: ‘The Rookie’ will have a second season with Noah Centineo

Noah Centineo will continue to captivate us. ...