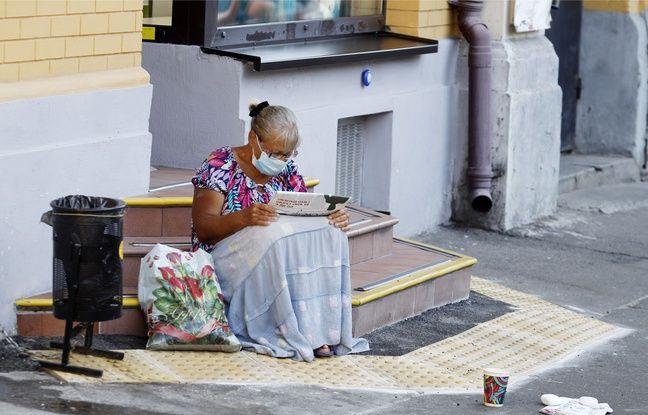 The licensing of coronavirus vaccines developed or produced in Russia is banned in Ukraine, the government said in a decision released Wednesday evening.

Believing that Moscow, which supports an armed rebellion in the east of the country, is using its injections as a geopolitical weapon, the Ukrainian authorities have refused the deployment of the Sputnik V vaccine in the country, demanded by pro-Russian policies.

“The approval of vaccines” against Covid-19 “developed or produced in the aggressor country (…) is prohibited”, states the government resolution adopted on Monday but published only two days later. Ukraine officially declared Russia an “aggressor country” after Moscow’s 2014 annexation of the Ukrainian Crimean peninsula and the start of the war with pro-Russian separatists in the east, of which the Kremlin is widely regarded as the godfather. political and military.

On February 1, the separatists announced the start of the vaccination campaign in the territories they control with Sputnik V. The government in Kiev blamed its vaccine supply problems on competition from rich countries and called for European help.

Over the next few weeks, he expects the delivery of the first batch of vaccines as part of the UN Covax program which must in total provide him with 8 million doses. Kiev is also counting on 12 million doses of vaccines developed by the British groups AstraZeneca and American Novavax and manufactured by the Indian Serum Institute.

Ukraine also plans to purchase 1.9 to 5 million doses of the Chinese Sinovac vaccine, if its effectiveness reaches at least 70%. Former Soviet republic of about 40 million inhabitants, Ukraine has so far recorded more than 1.2 million cases of Covid-19, including more than 24,000 fatalities.

At the UN, Joe Biden and the Australian Prime Minister dodge questions about France

Panchir under the Taliban, valley of ghost villages