Green light from the EU to consume “mealworms” 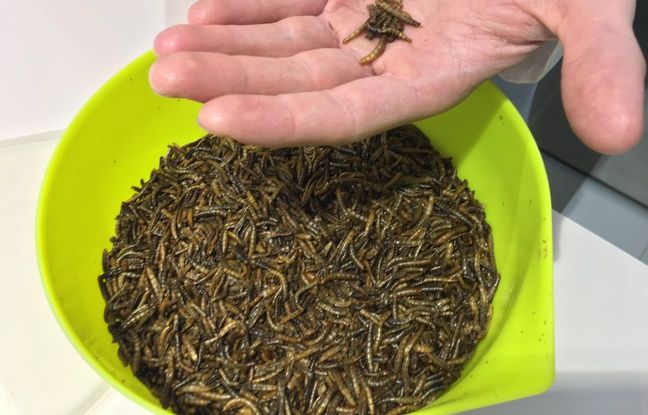 Biscuits or pasta made from dried yellow mealworms could soon arrive on Europeans’ plates. For the first time, the European Union gave the green light, this Tuesday, to the placing on the market of insects as food.

In mid-January, the European Food Safety Authority (EFSA) concluded that mealworm larvae, also known as “mealworms”, could be safely consumed “either as a whole dried insect or as a whole insect. of powder ”.

Following this regulatory green light, “Member States have approved a proposal from the European Commission, authorizing the use of dried yellow mealworms as a novel food,” the European executive announced on Tuesday. “It can be used as a whole dried insect as a snack or as an ingredient in a number of food products, as a powder in protein products, cookies or pasta products,” the Commission continues.

Insect-based products (very rich in protein, minerals, vitamins, fiber, but also healthy fatty acids, omega 6 and 3) can help prevent nutrient deficiencies, according to companies in the sector The United Nations for Food and Agriculture (FAO), describes them as “a healthy and highly nutritious food source”. They can be “an alternative protein source to support the transition to a more sustainable food system”, as insect farming has a limited ecological footprint compared to other protein sources, says the Commission.

Insects had already been marketed in the EU, especially in organic grocery stores, because some countries felt that they were not covered by the previous European regulation on “novel foods” requiring a green light to be sold. But the current regulations, applied since January 2018, explicitly consider insects as food, subject to the need for a marketing authorization. It is estimated that a thousand species are consumed in Africa, Asia and Latin America by millions of people.

But in the EU, insect farms (a few thousand tonnes produced per year) are mainly used to feed farm animals, especially fish. The European authorization will be formalized “in the coming weeks”. Eleven further marketing applications for insects have been submitted to the EU. EFSA, based in Parma (Italy), focuses in particular on crickets and grasshoppers. Ynsect, French leader in the production of insect meal for animal feed, has already developed “an ingredient based on deoiled insect protein” to manufacture “energy bars” for athletes, but was waiting for a European green light.

Everything from Rashford: individual play and the England striker’s double for 3-0 in Qatar 2022 | VIDEO

Although there was time left in England vs. Wales, the goal scored by Marcus Rashford defined the game...

Canadian Prime Minister, Justin Trudeausupported this Tuesday the protests in China against covid zero measures in the country...

Trump to stand trial for defamation in April

Former US President donald trump will sit on the...