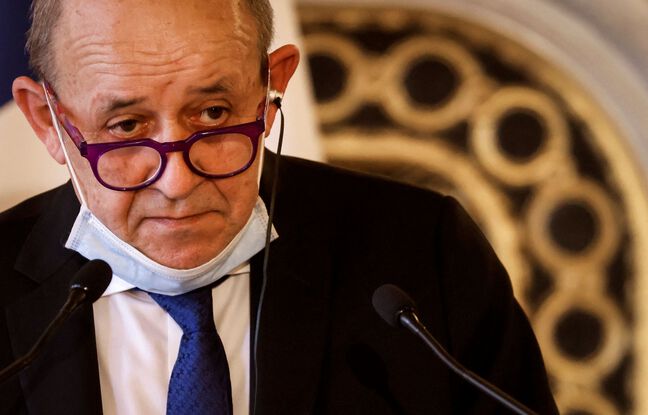 French Foreign Minister Jean-Yves Le Drian is going to Lebanon this Thursday, we learned from diplomatic sources. The “program is not stabilized” but the head of diplomacy will meet Lebanese personalities, a few days after announcing sanctions and while a complaint has been lodged in court in Paris.

Appointed in October, Prime Minister Saad Hariri has yet to form a government. The current team, which manages day-to-day affairs, resigned in August after the devastating explosion in the port of Beirut (more than 200 dead, thousands injured). After brandishing the threat for several months, France announced last Thursday that it had restricted access to French territory for several Lebanese personalities deemed responsible for the political blockage. Neither the exact type of restrictions, nor the number and identities of the people concerned have been communicated, a way for France, a historical ally of Lebanon, to let the threat hang over the entire local political class.

Explosion of poverty and unemployment

The country of the Cedar is going through a very serious economic crisis. The depreciation of the Lebanese pound, the explosion of poverty and unemployment, the erosion of purchasing power and precariousness provoke the anger of public opinion, with demonstrations and sporadic blockades of roads. At the beginning of April, a hundred Lebanese personalities had asked French President Emmanuel Macron to freeze the questionable assets of their officials.

On Monday, the NGO Sherpa, which fights against serious financial crime, and the “Collective of victims of fraudulent and criminal practices in Lebanon”, formed by savers looted during the crisis that has hit the country since 2019, also announced that they have filed a complaint with the national financial prosecutor in Paris.

The governor of the central bank of Lebanon Riad Salamé, his brother Raja, his son Nadi, his nephew and a close collaborator, Marianne Hoayek, are targeted by this procedure, which calls for international investigations for “money laundering and concealment”, “fraud” , “Fraudulent commercial practices” and “lack of justification of resources”, all in an “organized band”.

Massive flight of Lebanese capital since the start of the crisis

The associations are asking the courts to investigate the massive flight of Lebanese capital since the start of the crisis, the acquisition of luxury real estate in disproportion with the income of the people concerned, but also the responsibility of financial intermediaries, via tax havens and nominees.

“I would like to say it again here: those responsible for the blockage must understand that we will not remain inactive,” Jean-Yves Le Drian specified last week, recalling that Paris had already initiated a reflection within the framework of the European Union on instruments that can be used “to increase the pressure” on those responsible.