Bukele will surround entire cities with thousands of soldiers and police to capture gang members: what is known about the new plan

The president of The Savior, Nayib Bukeleannounced this Wednesday that “fences in large cities” of the Central American country will be implemented to “extract the remaining gang members” and continue with the “war against gangs.”

The Savior It has been under an emergency regime since the end of March, which has been in force for 8 months and suspends various constitutional rights, after a wave of murders that claimed the lives of more than 80 people in three days.

Under the measure of the state of exception More than 58,000 gang members and people linked to these gangs have been captured, according to the Salvadoran president.

However, the president pointed out this Wednesday afternoon that “There are still gang members and we have to go and extract them”therefore also announced the launch of phase five of the Territorial Control Planin which at least 14,000 military personnel are incorporated for the measure.

“Phase five is the phase of extracting the criminals that remain in those communities. There are still gang members and we have to go and extract them.” manifested bukele during a public event on the outskirts of San Salvador and in which there was no room for questions from the press.

According to the Salvadoran president, it is about “Encircle large cities and carry out the process of extracting the terrorists who are inside those cities without giving them the chance to escape.”

Said “fences” will begin to be implemented “in the coming days,” he assured. 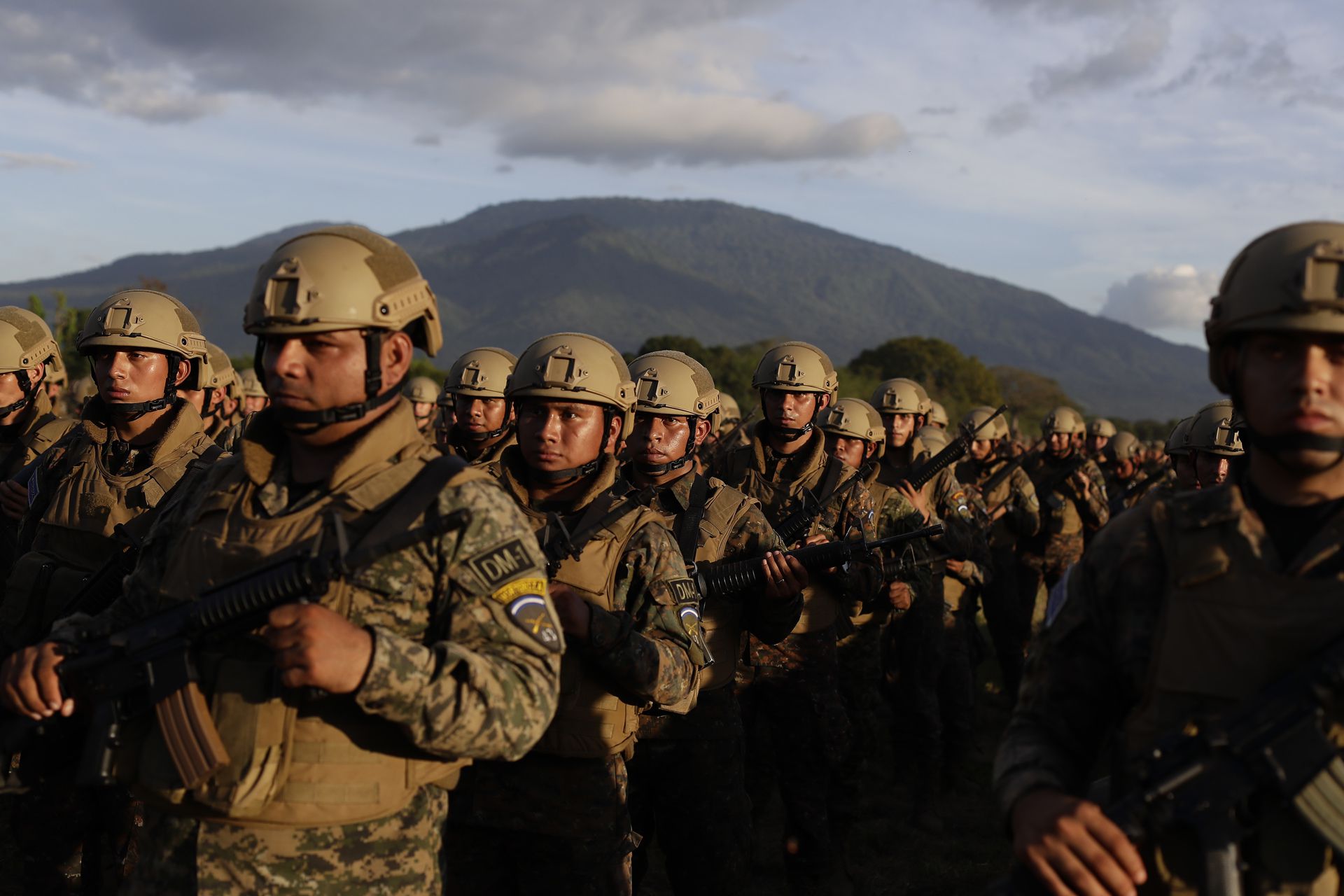 The president pointed out that “the experience was taken” of the fence implemented at the beginning of last October in the central town of Comasaguawhere more than 2,000 soldiers were deployed, after a homicide was committed in that area.

The salvadoran president launched at the beginning of his term in 2019 the Territorial Control Planto which he attributes the drop in homicides and of which five phases have already supposedly been implemented, to curb the sources of financing for the gangs and retake the areas controlled by these gangs.

However, the population in general is unaware of an official document that details the way to address the gang phenomenon from the State.

“THE HAPPY PEOPLE” WITH AN EXCEPTIONAL REGIME

bukele He also assured that “people are not afraid of the emergency regime” and that “95% of the population approves.” 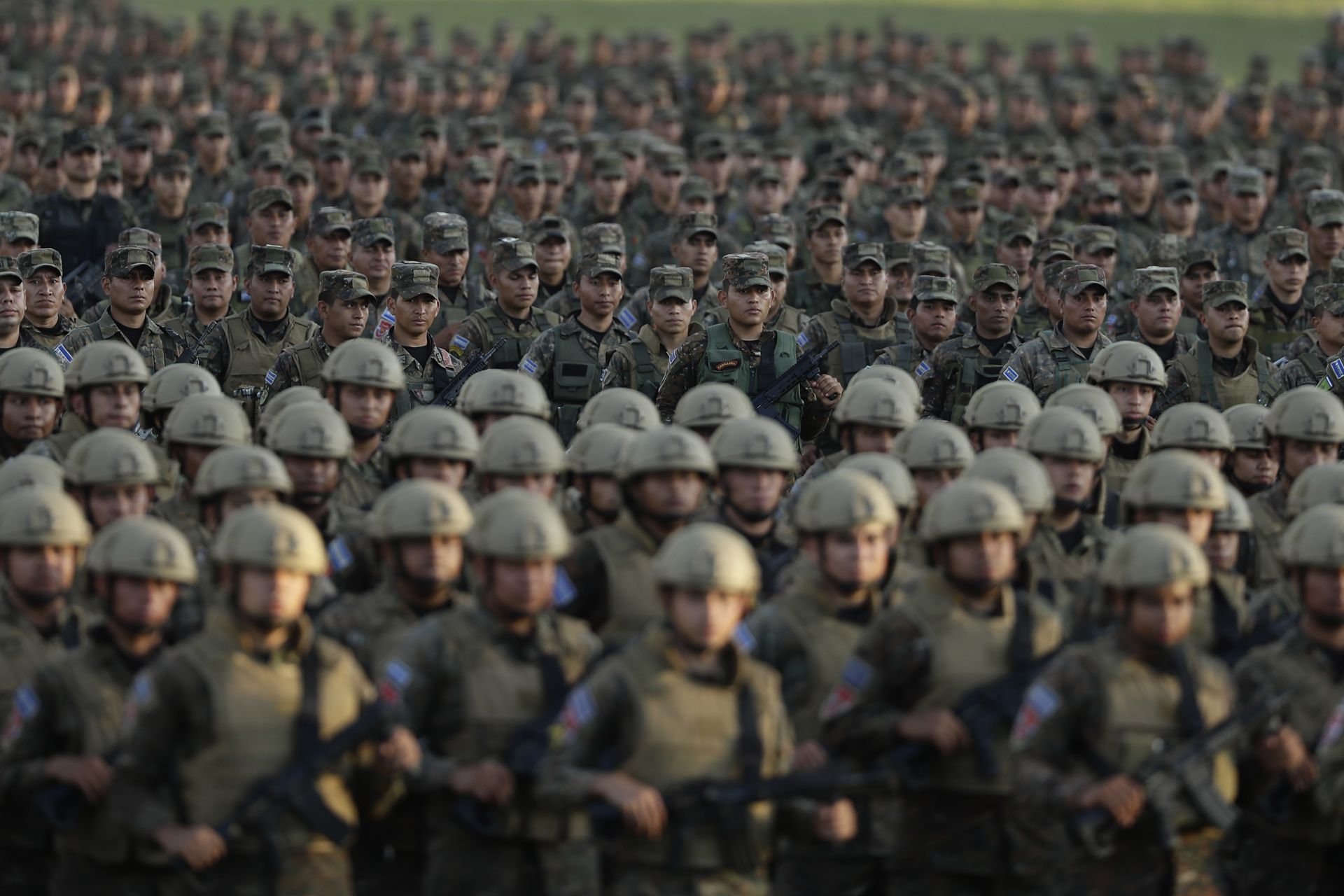 He stressed that “people are happy with the emergency regime, with the war against the gangs and we don’t say that, we can see it on the street” and added that “95% of the population approves of our security work”.

“The largest measure approved in the world is this (exception regime)”, added.

A survey by the University Institute of Public Opinion (Iudop), of the Central American University (UCA), indicates that half of Salvadorans say that the emergency regime “will not solve the problem” of the gangs, but 75.9% approve measure.

Nearly half of the electrical grid of Ukraine It was still out of service on Thursday, a week after...

Do you want to buy an iPhone for Christmas? You may not find one in stores anymore

The Chinese city of Zhengzhou shuttered hundreds of buildings and apartment blocks hours after lifting broader lockdown measures, as...

Di María with discomfort: alert in Argentina for the ‘Noodle’ case shortly after the round of 16 in Qatar 2022

After the excitement of winning group C in Qatar 2022, Argentina began work with a view to the round...

The Dakar remains in Saudi Arabia, but its shipment is moving forward. After three consecutive races starting from...

The tribunals proposed by the West to investigate the alleged war crimes of the Russian Army in Ukraine will...

The platform Twitter has announced that, from now on, it will show all users more 'tweets' recommended from...

Nearly half of the electrical grid of Ukraine It...
World

The tribunals proposed by the West to investigate the...
World

War in Ukraine: Head of European diplomacy wants Russia to pay for reconstruction

Moscow, who will finance the reconstruction of Ukraine, partially...
World

The zero covid policy applied by China It has...

Do you want to buy an iPhone for Christmas? You may not find one in stores anymore

Di María with discomfort: alert in Argentina for the ‘Noodle’ case shortly after the round of 16 in Qatar 2022