An hour’s drive north of San Francisco, rows of gnarled, twisting vines climb in terraces up the slopes of the gently rolling hills of Sonoma County, California, which, along with its neighbor, Napa, has been one of the main regions winegrowers in the world for more than a century.

Many of the region’s first commercial vines were planted in the mid-1850s by European settlers experimenting with varieties from Bordeaux and other popular wine-growing regions of France and Germany, curious to see if they would thrive in the sun-dappled, temperate climate. the rocky ground.

LOOK: How Pablo Milanés went from being the voice of the Cuban Revolution to frontally criticizing the Castro regime

But California may never have won such viticultural acclaim if it weren’t for a little-known Japanese immigrant. named Kanaye Nagasawa.

Born into a family of samurai and smuggled out of Japan’s shogunate, only to become a founding member of a utopian cult and eventually known as the “Wine King of California,” Nagasawa led a life stranger than fiction.

At the height of its influence in the early 20th century, Nagasawa operated one of the largest wineries in California, producing more than 200,000 gallons of wine annually from the vineyards of the 2,000-acre Fountaingrove estate in Santa Rosa.

However, Nagasawa had been all but forgotten when local vintners Walter and Marijke Byck purchased land adjacent to the original Fountaingrove estate to plant vineyards.

When they began to research the history of the area, discovered a complicated legacy of triumph, prejudice and loss.

“My mother wanted to reclaim our land inheritance, and when she heard about Nagasawa, she wanted to tell this incredible story about an important historical figure in Sonoma County that a lot of people aren’t familiar with,” Marijke’s son Rene Byck told me. and owner of Paradise Ridge Winery.

We were in the small family winery, looking at an exhibit that the Bycks first opened in 1996 with the help of the Sonoma County Museum and Nagasawa descendants Kosuke Ijichi, Amy Mori, and their children.

On the walls were photographs of Nagasawa and his family in front of their vineyards, entertaining guests at their ornate Fountaingrove mansion and overseeing winery operations.

There were also copies of the winery’s first labels, bottles of Fountaingrove champagne, burgundy, riesling, and pinot blanc, and a large metal tin from the “Pure Wine Grape Juice” that Nagasawa sold during Prohibition in the 1920s.

The centerpiece of the exhibit was a long, curved samurai sword that Nagasawa brought back from Japan when he returned to visit as an adult.

“That sword was important to Nagasawa because when they went to the United States, they had to cut their hair and give up their swords,” said Mary Ijichi, Nagasawa’s great-granddaughter.

“But my father told me that his uncle said: ‘Our education will be our sword’“.

Now blackened and dented, the sword became a symbol of resilience after the Tubbs Wildfire ripped through 36,800 acres in 2017, causing $8.7 billion in damage and destroying 5,682 structures, including Paradise Ridge.

Round Farmer was engulfed in flames. (GETTY IMAGES).

“When we saw where the fire had gone, we knew that everything was lostsaid Mary’s sister, Karen Ijichi Perkins.

Also gone is the last remaining structure from the original Fountaingrove estate: an eight-sided barn that Nagasawa built in 1899, affectionately referred to by locals as the Round Barn.

It certainly seemed like the end of the exhibit until a team of rescuers examined the ruins. and triumphantly drew the sword from the ashes.

That was enough inspiration for the Bycks and Nagasawa descendants to recreate the exhibit as completely as possible from copies of photographs and artifacts.

The sword returned to the walls almost as soon as Paradise Ridge reopened to the public in December 2019, with members of the Nagasawa family in attendance at the grand opening.

Nagasawa’s remarkable history dates back to 1864, when 19 young samurai from Kagoshima’s Satsuma Peninsula were smuggled out of fiercely isolationist Edo-era Japan in a secret mission to study science and technology in the West.

The youngest of the group, Hikosuke Isonaga, 13 years oldshe changed her name to Kanaye Nagasawa to protect her family, as it was illegal to travel outside of Japan at the time.

And entered the orbit of a charismatic religious leader named Thomas Lake Harriswho was recruiting followers for his version of ecstatic transcendentalism called The Brotherhood of New Life. 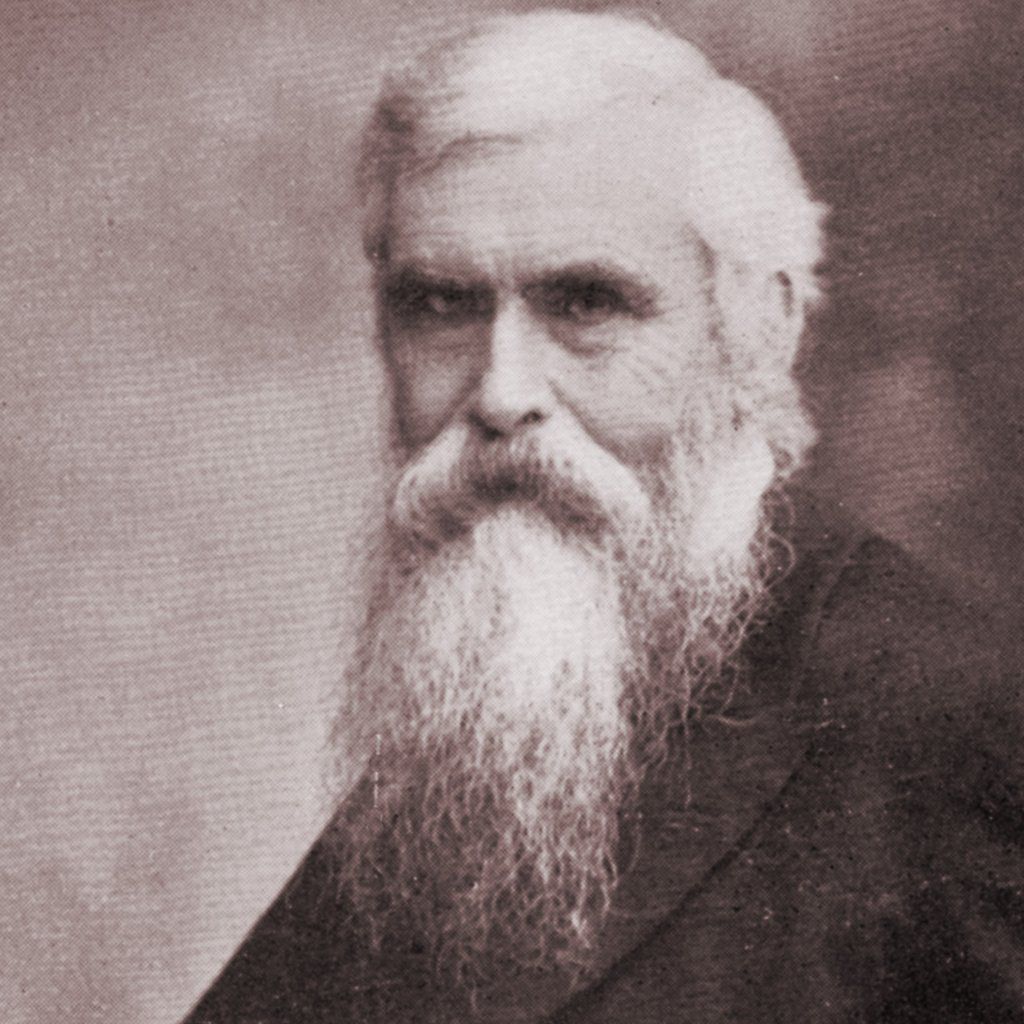 Harris took Nagasawa and several of his fellow samurai to upstate New York, where he had founded a commune on the shores of Lake Erie.

Nagasawa came to Sonoma at age 25, when its leader decided to move the community to a 600-acre rural fringe in the west of the county in 1875.

“I believe that Harris was like a father to him.him,” Perkins said.

“He had left Japan very young and had no family in America, so Harris was all he had.”

Harris named the estate Fountaingrove and set out to grow grapes, putting Nagasawa in charge of the operation.

The winery soon prospered, but the “Eden of the West,” as the commune described itself, became increasingly riotous, making headlines in San Francisco for its bacchanalian parties that eventually led to Harris’s ignominious departure.

With Harris’s departure, Nagasawa took possession of the property and rose rapidly to become a respected and pivotal figure in the state’s nascent wine industry.

also became the first Japanese citizen to live permanently in the United States.

“He and Luther Burbank used to travel to all the vineyards and ranches together giving advice on growing grapes and other crops,” Gaye LeBaron, co-author of “The Wonder Seekers of Fountaingrove,” told me.

“People admired him tremendously, as you can see from all the pictures of these big dinner parties he would have on his front lawn.”

“He played an important role in the growth of the California wine industry, being the first to market our wine in England and Europeand also became an international figure,” LeBaron added, noting that Nagasawa was awarded the Order of the Rising Sun by the Japanese emperor in 1915.

All of this came to an end during one of the darkest chapters in California history, when the government seized Fountaingrove as part of the state’s discriminatory Alien Land Laws, which were instituted in 1913 and expanded in the decade. 1920’s and banned Asian citizens from owning land or businesses.

Nagasawa, who had no children and never married, tried to keep the property in the family by giving it to his great-nephew Kosuke Ijichi, a local-born and thus US citizen, and his Japanese-born father, Tomoki Ijichi.

But after Nagasawa’s death in 1934, Kosuke was not of legal age, and the trustee took control of the property and promptly sold the land. 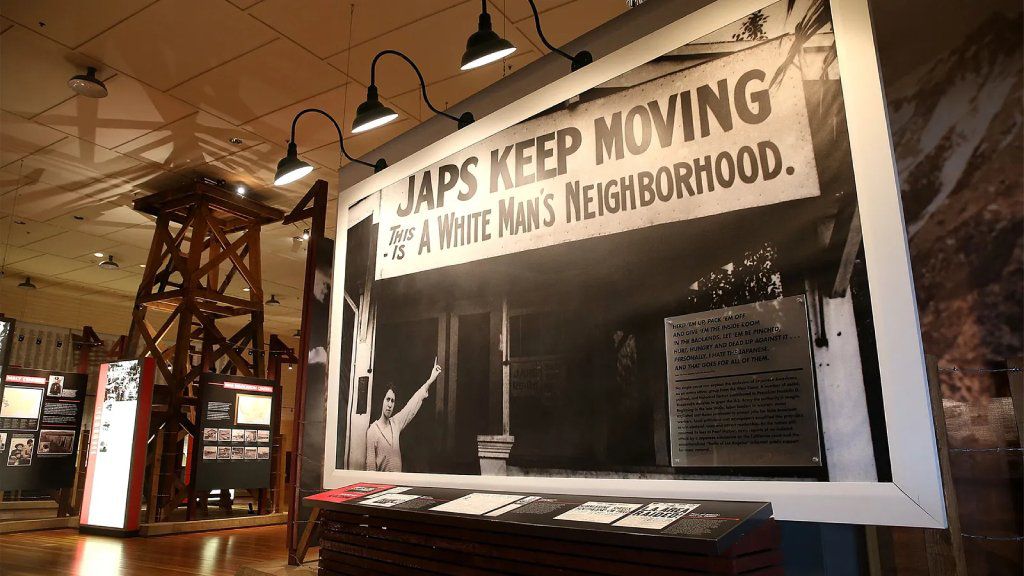 The Nagasawa heirs, who were still fighting the seizure of the property in court, were imprisoned in internment camps.

Like the approximately 125,000 Japanese Americans imprisoned until after the end of World War II, they lost all chance of repossessing the property.

“Suffered twice at the hands of the governmentso it would be understandable if she felt some bitterness,” Perkins said of her and Mary’s father, Kosuke.

“But he wanted to impart that to us.”

In fact, during their childhood, the children Ijichi and Mori had little knowledge of Fountaingrove or the family legacy.

“We all knew this was where my father and aunt grew up and we went to see it a couple of times, but we didn’t really know the history,” said Mary.

It wasn’t until the late 1970s and early 1980s that she began to make a comeback, at least locally, when LeBaron began covering her for the Santa Rosa Press Democrat newspaper.

At the same time, Japanese media came to film documentaries about the collective legacy of the 19 samurai students of Kagoshimamany of whom had become leading figures in government and industry upon their return to Japan.

But it was the Paradise Ridge exhibit that most helped the Nagasawa heirs begin to tell their story again.

“Participating and contributing photos was positive for my father; it confirmed that the Bycks were sincere and that preserving history meant something to them,” said Mary.

While the exhibit at Paradise Ridge is considerably smaller than the one before the fire, it is the only permanent exhibit in the US dedicated to Nagasawa (the Sonoma County Museum, which maintains an extensive collection from Kanagawa and Fountaingrove, has curated temporary exhibits).

The largest collection from Nagasawa is in Japan, where a museum preserving the legacy of the 19 student samurai, the Satsuma Student Museum, opened in Kagoshima in 2014.

Just above Paradise Ridge, the City of Santa Rosa established the 33-acre Nagasawa Community Park in 2007.

And on Paradise Ridge, just behind the parcel of chardonnay grapes designated Nagasawa Vineyard, is a small tea plantation created to connect the heritage of Nagasawa with that of Wakamatsu Tea, which employed some of California’s early Japanese immigrants in the silk and tea production.

He was referring to Japanese immigrants George Shima, whose vast potato harvests led to his becoming the first Japanese-American millionaire, and Kiyoshi Nagasaki, who became the largest garlic producer in the country.

“But when the Japanese were sent to camps in World War II, all those stories were lost. Now we’re trying to piece together the legacies of those California pioneers.”

In 2021, the Wakamatsu group held their first tea ceremony at Paradise Ridge with members of the Nagasawa family in attendance.

But perhaps the simplest and best epitaph for this remarkable man is the one his family added to the plaque in Nagasawa Park, which describes his life in just four words: “Samurai Spirit in California”.

* If you want to read the original article on BBC TravelClick here.