Ana Vilma Cuéllar had to overcome fear to return after two decades to the bell ringera populous suburb of San Salvadorto recover a house that he could never live in because gang members took over the entire area.

“It is a joy”, says this 62-year-old woman through tears, who hopes to finally be able to reside there after the “war” against gangs launched by the president Nayib Bukele almost a year ago.

LOOK HERE: Prosecutor Pecci: the first images of the arrival of Margareth Chacón in Colombia

Her husband bought the property in 2002 from a state entity, but was never able to occupy it.

“I’ve been through a lot [dificultades]”, indicates this former maquila worker, who had to rent another house in Ilopango, a capital suburb controlled by another gang.

The last time Cuéllar visited La Campanera, in 2003, she left frustrated, because the bus she was traveling in was shot at by gang members, resulting in several injuries.

Now there is an atmosphere of security in this area of ​​small working-class houses, which for years the Barrio 18 gang subjected to its whims without limit.

Until a month and a half ago, in the bell ringer anarchy and fear reigned.

In order not to live under the designs of Barrio 18, many families abandoned their houses, which were later occupied by the gang. Their “talkers” (leaders) even rented them out to those who submitted to their rules of coexistence.

Not even municipal cleaning trucks or food delivery motorcycles could enter the neighborhood, and many homes had illegal electricity or cable TV connections.

But everything began to change on December 3, when Bukele ordered thousands of soldiers and policemen to surround the municipality of soyapangowhere this neighborhood is located.

To facilitate their escape, the gang members broke the walls of many houses and also detached the numbers that identified the houses. 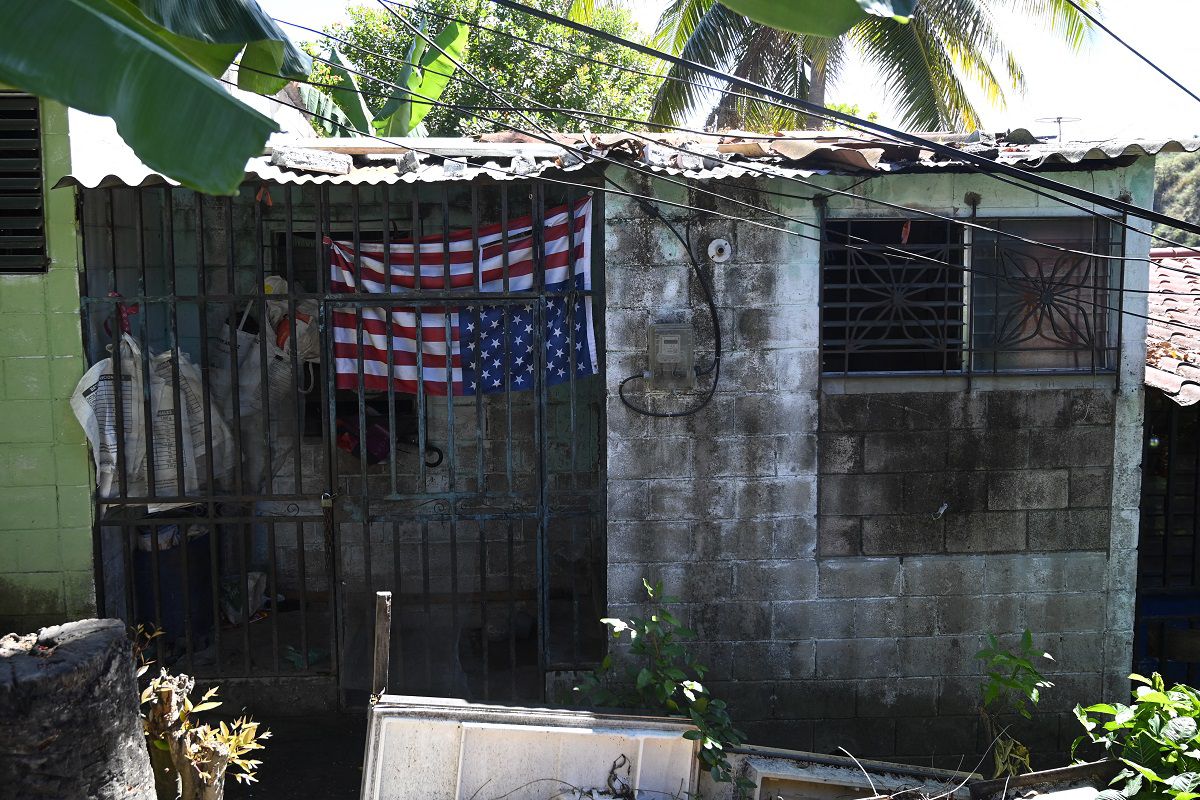 A house abandoned by its owners due to gang threats and recovered during an operation against criminal gangs is seen in La Campanera, municipality of Soyapango, El Salvador, on January 13, 2023. (Photo by Marvin RECINOS / AFP) (MARVIN RECINOS/ )

The military siege was one more operation of the “war” against the gangs declared by Bukele in response to an escalation of violence that from March 25 to 27, 2022 left 87 murders.

At the president’s request, Congress then approved an emergency regime that allows arrests without a warrant, which has led to some 62,000 suspected gang members in prison.

The Inter-American Commission on Human Rights of the OAS and the NGOs International Amnesty Y Human Rights Watch they questioned thesuspension of basic rights” and alerted about the lack of “judicial guarantees” in El Salvador.

But according to Bukele, the emergency regime made it possible to take away the control that the gangs had over 80% of Salvadoran territory.

After the capture or flight of the gang members, people arrive at La Campanera daily who want to recover their homes. Many were built by the state Social Housing Fund (FSV), which now supports the claims of its rightful owners.

A usurped house where the gang members had set up a bakery and where they once burned a security agent, has now become a delegation of the Civil national police.

When supervising the recovery process of the houses in La Campanera, the Minister of Housing, michelle sunit declares “moved” by the testimonies of dozens of families who had been deprived of their homes under threats. 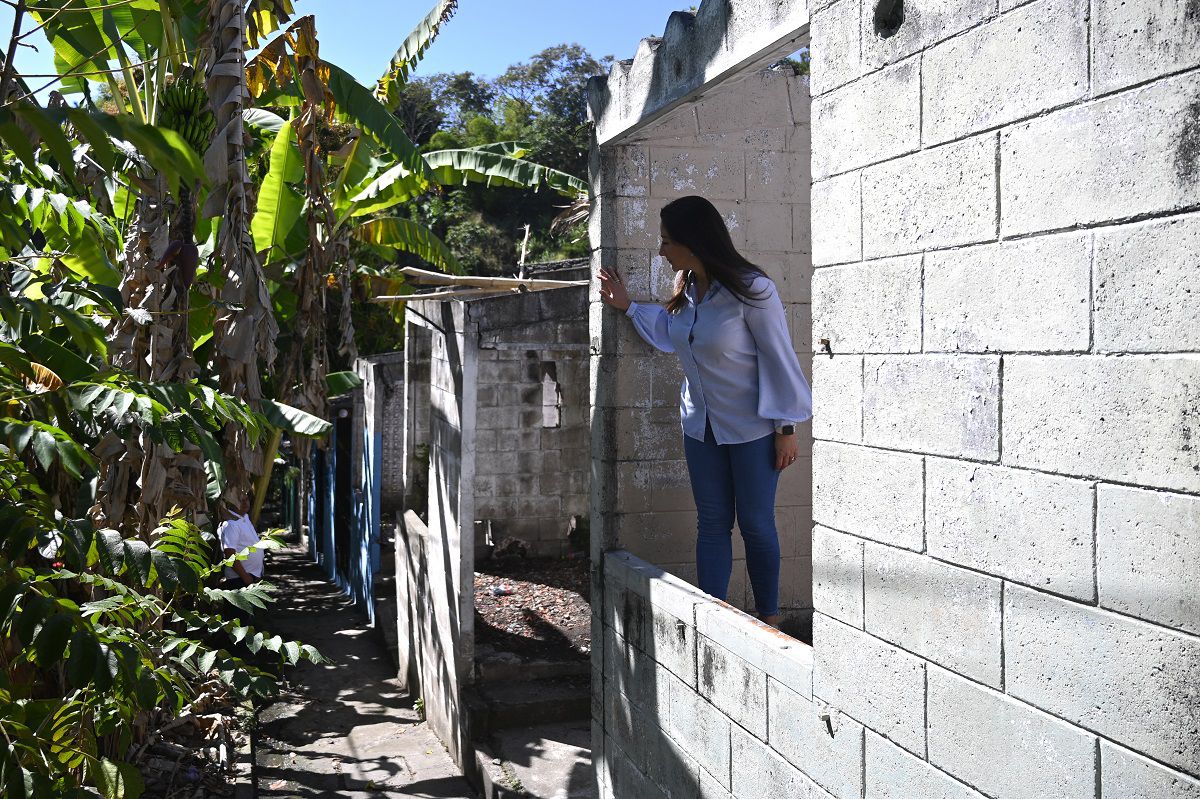 The Minister of Housing, Michelle Sol, reviews houses abandoned by their owners and recovered during an operation against criminal gangs in La Campanera, municipality of Soyapango, El Salvador, on January 13, 2023. (Photo by Marvin RECINOS / AFP) (MARVIN RECINOS/ )

The odyssey of these families was endless, because neither could they settle in neighborhoods dominated by a rival gang, which established an invisible border.

“Now there are no longer imaginary borders from one colony to another” Y “we are putting an end to forced displacement”, assures the minister.

“The number will continue to rise”, predicts the minister, while inspecting a house that the gang members dismantled, ripping off doors, windows, roof and even the toilet.

The Bukele government estimates that at least 6,000 homes were taken over by gang members throughout the country.

On Thursday a survey of the Centroamerican University (UCA) stated that 88 out of 100 Salvadorans indicated they felt safe at the end of 2022. 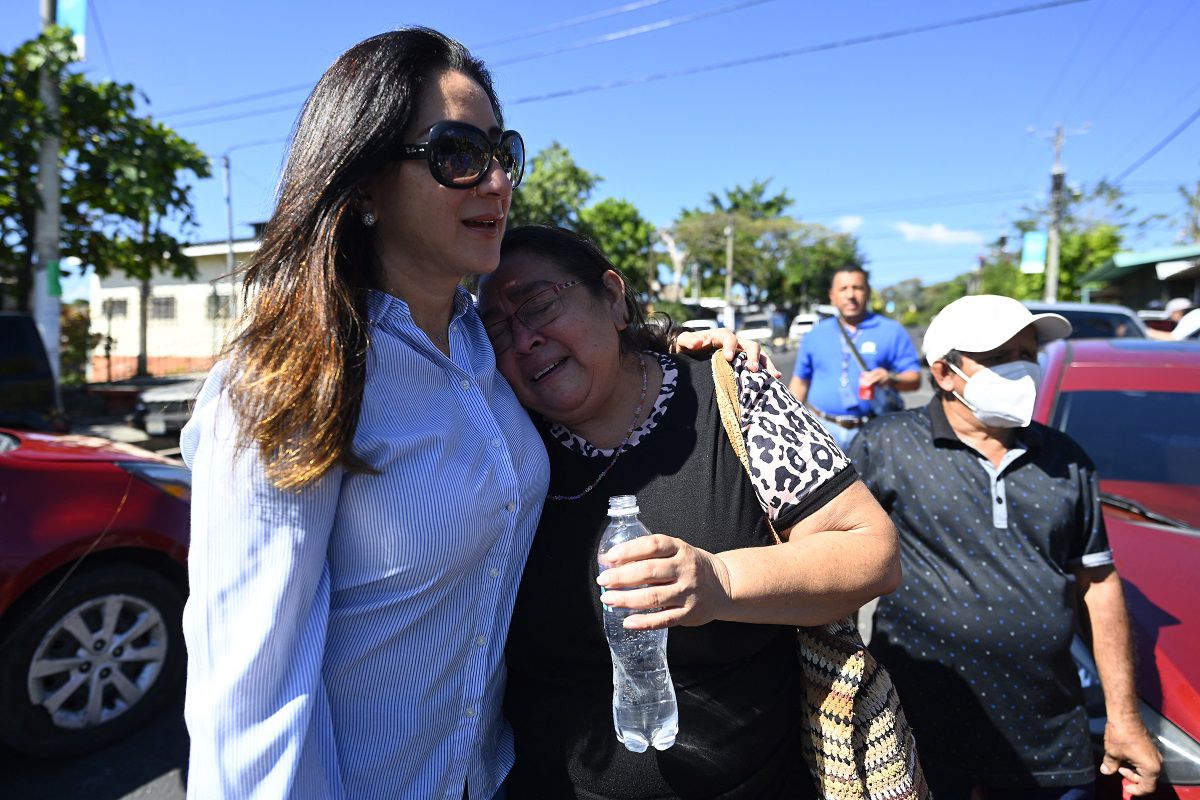 Housing Minister Michelle Sol (L) with Ana Vilma Cuéllar, a woman who bought a house 20 years ago but never lived there for fear of gangs in La Campanera, municipality of Soyapango, El Salvador, on January 13, 2023. (Photo by Marvin RECINOS / AFP) (MARVIN RECINOS /)

“Today one goes free” to the street, he tells AFP Roberto Morales55 years old, who survived with his family in La Campanera during the years of submission to the gang.

“Everything is going well (…), the people have returned”, he recounts, recalling that there were violent days in the neighborhood when the police arrived to persecute gang members.

ALSO SEE: What is sought by the unprecedented cryptocurrency law approved in El Salvador that redoubles Bukele’s commitment to bitcoin?

another neighbor, Maritza Maribel Gutierrezrecognizes that normality has been recovered, but notes that in the streets of La Campanera you do not see young people.

Everybody “They are stored [encarcelados]”, says this housewife crying, confessing that her only son is also in prison “without being a gang member”.

He affirms that he hopes that his son will regain his freedom so that he can return to work as a driver for a company.

Share
Facebook
Twitter
Pinterest
WhatsApp
Previous article
Price of the dollar in Peru: find out the exchange rate for today’s session, Wednesday, January 25
Next article
Evo Morales sympathizes with Nicolás Maduro: “He is a victim of the United States conspiracy”

Next, know the dollar price American in Peru today, Tuesday, February 7, 2023. According to the Central Reserve...

Horoscope for Tuesday, February 7, 2023. Know what the stars have in store for you in love, money and...

Rescuers and residents were anxiously searching under the rubble, among the piles of twisted metal and concrete blocks in...

Joel Raffo: “We are complying with what corresponds within the framework of legality”

Sporting Cristal beat Lima Alliance by walkover (WO) after the blue and white team did not appear at the...

In a February 7thbut in 1986, a popular revolt overthrew the president of Haitithe dictator Jean-Claude Duvalier, who flees...

The president of Ecuador, William Lassoaccepted on Monday a...
World

Ephemeris of February 6: This happened in the world on a day like today