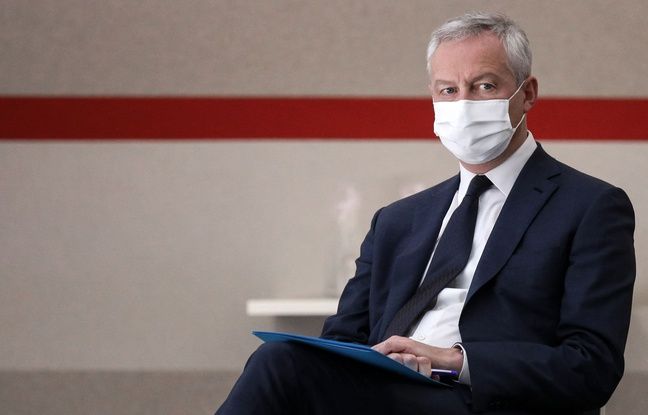 Unsurprisingly, the numbers are not going to be good. The measures taken to support economic activity in the face of the new confinement, which entered into force this Friday until at least December 1, will result in a further worsening of French public debt, which should reach 119.8% of GDP in 2020, Economy Minister Bruno Le Maire said on Friday.

“We had forecast for 2020 a debt level of 117.5% of GDP. This figure will rise to 119.8% ”, affirmed Bruno Le Maire in an interview with Parisian, defending spending “which will allow us to bounce back very quickly and accelerate the transformation of the French economy to make it more competitive”.

These additional expenses, induced by a strengthening of support measures for businesses, will reach 15 billion euros in November alone, the minister had already announced the day before. In total, 20 billion euros will be released to deal with the crisis, over a period of eight weeks, Prime Minister Jean Castex for his part indicated. They will be added to the nearly 470 billion euros mobilized since March.

All these measures have already resulted in a massive increase in deficits and debt, which in June reached 114.1% of gross domestic product, a jump of 12.7 points in three months, unprecedented in the annals of statistics of INSEE.

On Friday morning, the government said it expected the reconfinement to cause an even more serious recession than expected so far: -11% for GDP, against -10% previously projected.

The Secretary of State for USA, Anthony Blinkensuspended his planned trip to Beijing this weekend on Friday, after his...

They are on our devices mobile, computers and even on video game consoles. Security patches have become one...