Germany will offer a vaccine booster from September 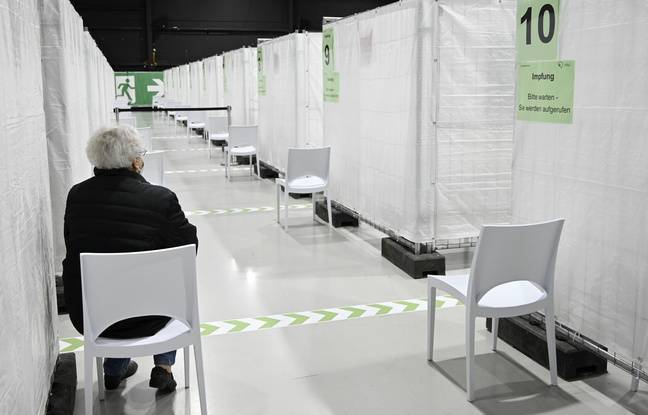 It’s official. Germany will offer from September 1 the administration of a booster dose of vaccine against Covid-19 to elderly and vulnerable populations, as well as to people who have not received a messenger RNA vaccine, has decided Monday the Ministry of Health.

“The booster vaccinations will be carried out with one of the two messenger RNA vaccines (Pfizer-BioNTech or Moderna, editor’s note)”, indicates the ministry according to which this decision is “in the interest of preventive health care”.

At least six months after the first vaccination

The ministry explains that it is based on recent studies showing that “the immune response is reduced or in rapid decline after a complete vaccination against Covid-19” in certain populations, “in particular for immunocompromised patients as well as the very elderly and those requiring care ”.

From September, this reminder will be offered in particular in retirement homes, integration assistance structures and other accommodation accommodating vulnerable groups. The treating physicians will be invited to do the same with their immunocompromised patients.

The new injection will be “usually at least six months” after the first full vaccination, regardless of the type of vaccine that was used initially.

Another group is also recommended for a booster: those who have been vaccinated with the AstraZeneca and Johnson & Johnson vaccines. They will be offered an additional dose of a messenger RNA vaccine (Pfizer-BioNTech or Moderna).

According to the latter laboratories, an additional dose provides enhanced immune protection, in particular with regard to the spread of the highly contagious Delta variant.

Some countries have already adopted the principle of a vaccine booster. In others, this subject is debated. Israel has been administering a third dose of anticoronavirus vaccines to patients with a weak immune system since mid-July amid rising Covid cases linked to the spread of the Delta variant.

A slowdown in vaccinations that raises concerns

Although Germany currently has a lower infection rate than neighboring countries, cases have increased in recent weeks, raising fears of a new epidemic wave. The slowdown in vaccinations is also of concern, with some 52% of Germans fully vaccinated.

The Robert Koch Institute for Health Surveillance reported 847 new cases of infection and one death on Monday. The daily average has been around 2,000 new cases in recent weeks.

Since the start of the epidemic, Germany has recorded more than 3.7 million Covid-19 infections and more than 91,000 deaths.