Different acts of vandalism were unleashed this Sunday in Brussels after the victory of Morocco against Belgium in the World-2022with “dozens of people” attacking street furniture and law enforcement, according to the police.

Even before the end of the game, in the center of the city “Several dozens of people, some of them hooded, sought confrontation with the forces of order, which compromised public safety”the police announced in a statement.

LOOK HERE: How the Spanish police saw and did not prevent dozens of migrants from dying on their border with Morocco

The police pointed out the use of pyrotechnic material, the launching of projectiles, the presence of protesters armed with bats, a fire on a public road and the destruction of a traffic light.

A man waves a Moroccan flag during clashes between Moroccan fans and riot police in the streets of Brussels, Belgium, on November 27, 2022. (Photo by EFE/EPA/STEPHANIE LECOCQ) (STEPHANIE LECOCQ/)

“A journalist was injured in the face by fireworks,” according to the police, who decided to intervene with a water cannon and tear gas. 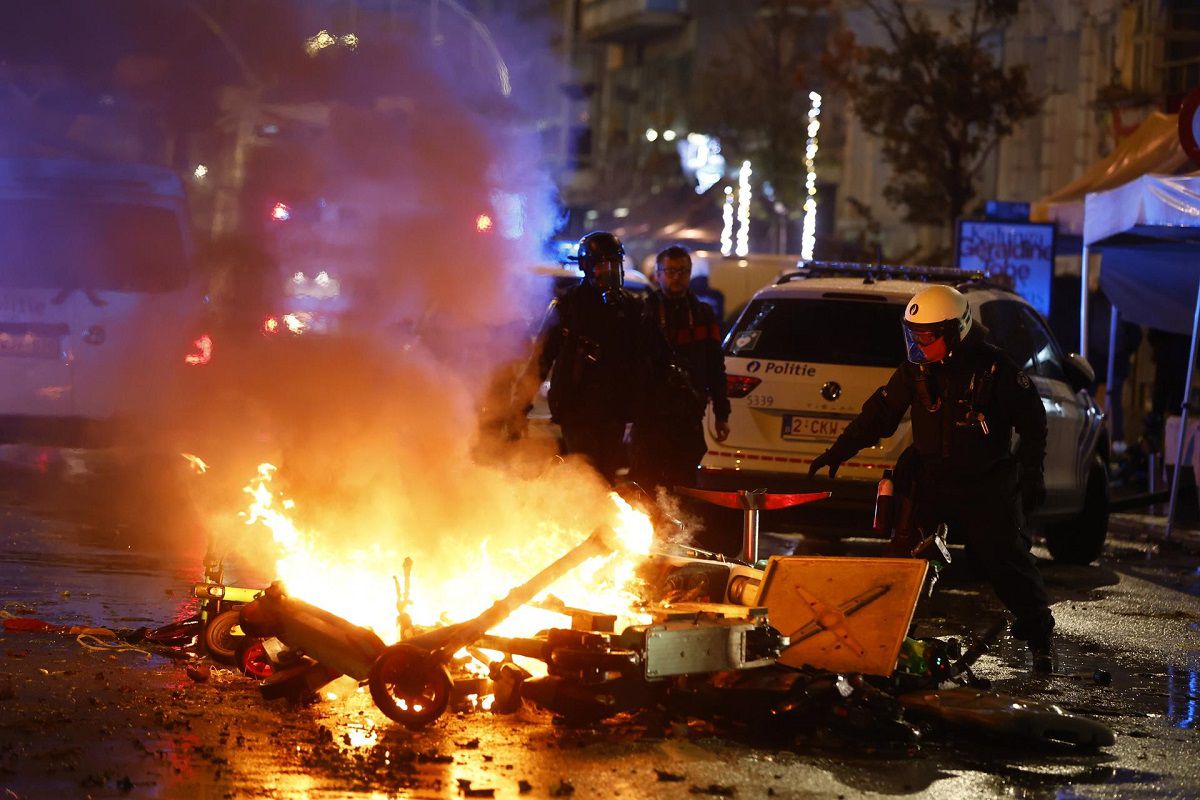 A burning barricade during clashes between Moroccan fans and riot police in the streets of Brussels, Belgium, on November 27, 2022. (Photo by EFE/EPA/STEPHANIE LECOCQ) (STEPHANIE LECOCQ/)

The security forces asked the inhabitants and fans to avoid certain neighborhoods in the center of the Belgian capital. Several metro stations were closed and streets blocked to limit the crowds.

MORE INFORMATION: Qatar 2022: A Belgian minister wears the “One Love” bracelet next to Gianni Infantino

“I condemn in the strongest terms the incidents this afternoon. The police have already intervened with determination. I thus discourage fans from going to the center of the city. The police use all their means to maintain public order.reacted the burgomaster of BrusselsPhilippe Close on Twitter.

“I have ordered the police to proceed with administrative arrests of the rioters,” added.

Share
Facebook
Twitter
Pinterest
WhatsApp
Previous article
DT from Morocco explained the reason for Bono’s absence against Belgium for the Qatar 2022 World Cup
Next article
Shock for Racing, Bobigny hit… It was your football weekend in Ile de France.

Netflix has launched the new function 'Mystery Box' globally, with which it will offer a space “safe and...

In the march against the pension reform in Paris: “We won’t get anything without tightening”

Ahead of the procession, Korin closely watches the leaders of the eight confederations gathered under the banner before the...