Rayan, the boy who died trapped in a well, is buried in Morocco

After the commotion it generated in Morocco and the whole world the tragic death of little Rayan, who died trapped in a well, the boy was buried on Monday near his village in front of hundreds of people.

The gifts took place during the Muslim midday prayer in a cemetery a few kilometers from Ighran, the town where the accident occurred, AFP journalists at the scene found.

An imam said a short prayer in front of family and attendees, before his burial.

“We never thought we would experience such difficult times. Rayan will be in our hearts forever.”, Mounir Murid, a resident of the village, told AFP.

“It is as if Rayan has brought to light the situation in our region. Here we have never seen the media or the politicians. We have no network, no roads, no hospitals, no education”, he added.

On Saturday night after five days, the remains of the child were removed and transported to the military hospital in Rabat, probably for an autopsy.

The fate of the child became a matter of national interest and it was the king’s office that announced his death on Saturday after the rescue. King Mohamed VI called the parents to offer his condolences.

Men pray during the funeral of 5-year-old boy Rayan Awram, who died on Saturday after a days-long effort to rescue him from a well, near Chefchaouen, Morocco. (REUTERS/Chakir Lakhlifi) (STRINGER/)

Tributes from all over the world multiplied on social networks.

“Little angel, you fought until the end, you are a hero,” a netizen told him on Twitter. Another user highlighted on the social network the “union” that the child’s drama generated.

Abroad, Pope Francis sent a message stressing that the people of Morocco have united to save Rayan.

“They tried, unfortunately, they did not survive, but what an example they gave,” the pope said at the Angelus prayer held at the Vatican.

One of the most emotional reactions came from the coach of the Algerian soccer team, Djamel Belmadi, who expressed his condolences to the family, at a time of tension between Algiers and Rabat.

People recite verses from the Koran during the funeral of 5-year-old Rayan, after his body was pulled from a deep well, in the town of Ighran in the Moroccan province of Chefchaouen. (Photo: AP/Mosa’ab Elshamy) (Mosa’ab Elshamy/)

“Our pain and sorrow are great, but they will never be comparable to what their parents and relatives suffer,” he wrote on the selection page.

There were also numerous tributes to the rescuers as the entire operation was broadcast live and followed closely by Internet users.

On Sunday, work began on filling the well and the emergency tunnel dug to try to save the child.

Moroccans gather during the funeral of five-year-old Rayan Oram in the village of Ighrane, in the rural province of Chefchaouen, in northern Morocco. (Photo: FADEL SENNA / AFP) (FADEL SENNA /)

Rayan accidentally fell last Tuesday into a dry well 32 meters deep. The narrow and difficult to access hole had been built near the house where the boy lived in Ighran.

Until Friday, the rescuers tried to give the child water and oxygen, without being certain that they had succeeded.

Since the drama became known, thousands of people have gathered and camped in solidarity in this town, located in a mountainous area of ​​the Rif, at about 700 meters of altitude. 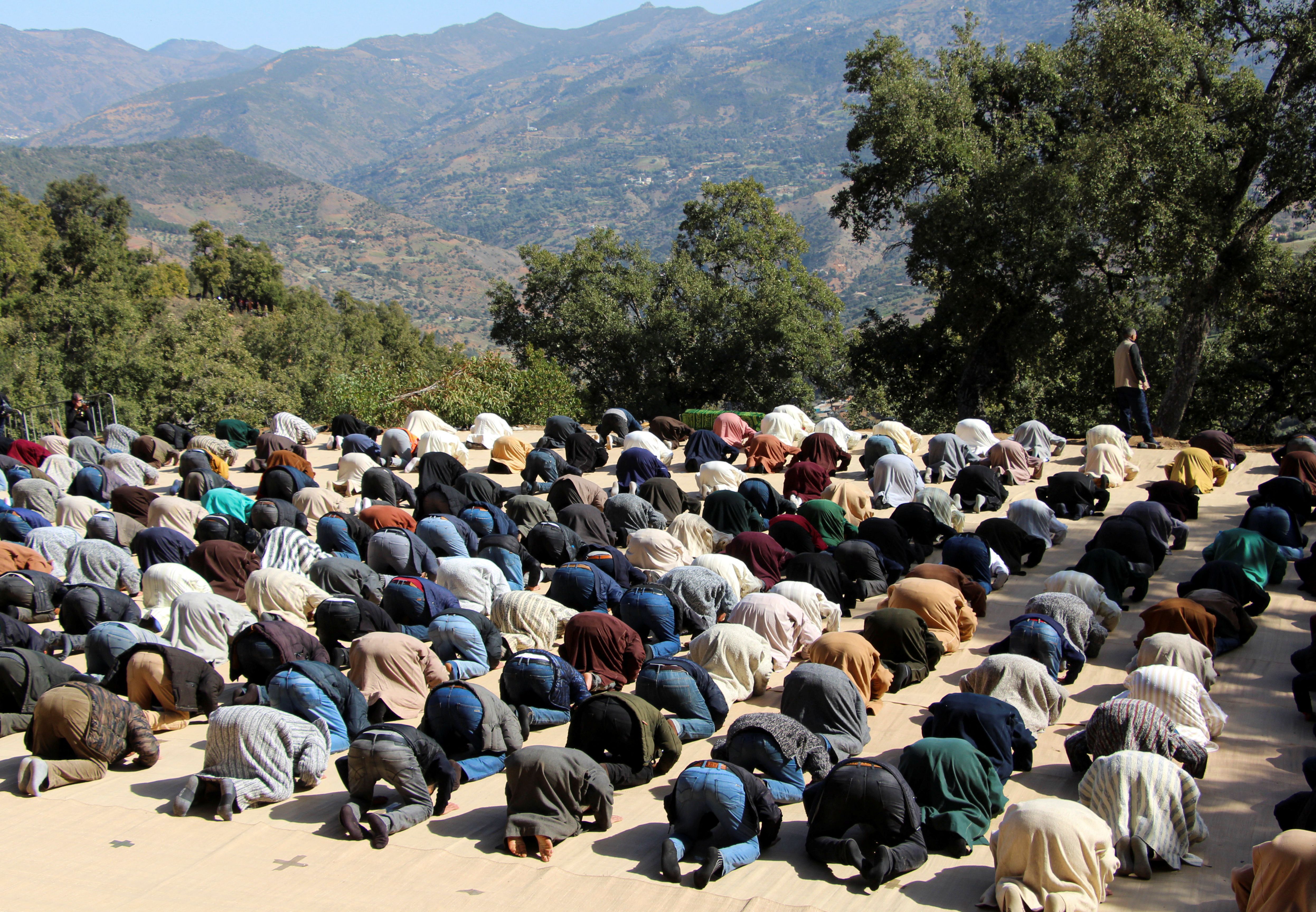 Men pray during the funeral of 5-year-old boy Rayan Awram, who died on Saturday after a days-long effort to rescue him from a well, near Chefchaouen, Morocco. (REUTERS/Chakir Lakhlifi) (STRINGER/)

While the tragedy united Moroccans, it also sparked a debate about the proliferation and danger of clandestine wells in the region. According to the media, they are used to irrigate crops, including cannabis plantations.

A deputy from the majority, Noureddine Moudiane, urged the authorities to “end the random drilling of wells, which are often not subject to the legal procedures in force,” the Hespress website reported.

Women gather at the family home after the funeral of five-year-old Rayan Oram in the village of Ighrane in the rural province of Chefchaouen in northern Morocco. (Photo: FADEL SENNA / AFP) (FADEL SENNA /)

The accident recalls a tragedy that occurred in Spain in 2019 when a two-year-old boy died after falling into an abandoned well more than 100 meters deep in Andalusia. After a major operation, the remains of the minor were rescued after a deployment that lasted 13 days.

EU, immigration, family or energy policy: these are the main points...

This time it was not a forest fire or a burning building, but the firefighters of California They saved...

Pension reform, use of 49.3, price of a pack of cigarettes… What to remember about Elisabeth Borne’s ads

pensions The Executive's decision on the planned method to initiate a pension...

Celebrating your 20th birthday on a Sunday morning with over 1,000...

This time it was not a forest fire or...
World